Why Eurasia seeks to unite, and the EU - to disintegrate 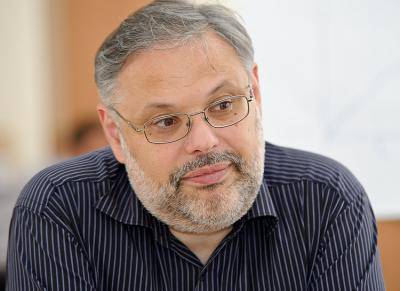 In my texts, there are several times arguments about the difficult times for the European Union, including its collapse (in the current configuration), while I regularly write about the potential development of the Customs Union. This leads some readers to the question: why do economic laws affect the EU and the CU differently? Or, perhaps, I juggle somewhere and draw conclusions not from strict economic logic, but in obedience to personal likes and dislikes?


In fact, the focus here is not in economic laws, which, of course, act on everyone equally, but in the fact that the CU and the EU have fundamentally different initial conditions. In particular, the EU was created in a very, very specific configuration in which countries with a “southern” economic model began to join the countries with the so-called “northern” economic model, which is characterized by the export of goods with a high share of value added (“high-tech”) .

The latter is characterized by a high share of food exports and tourism in the economy, and the share of those employed in these sectors is quite high. Since both are very sensitive to crises, the state uses to support them the constant devaluation of the currency, which replaces a high proportion of budgetary social expenditures for countries with the “northern model”. After joining the EU and, especially, to the euro area, social and budgetary problems began to grow in them, which were compensated by the growing debt burden and assistance from the European Union.

It is this assistance that makes it possible to maintain a more or less normal system of relations within the EU. With the growth of debt problems and the development of the crisis, the role of this assistance has grown even more, and the role of Brussels, which redistributes it (far from always effectively), in terms of defining the rules of doing business has grown many times over. It should also be noted that, since local industry in countries with a “southern” economic model cannot compete with products from countries with a “northern” model, and the support system based on the devaluation of national currencies has died, then national economies have degraded. And today they simply cannot afford to leave the EU (or the euro zone) on their own initiative, since this will lead to an economic catastrophe.

Then to this rather artificial construction were added the countries of Eastern Europe, in which the degradation of the structure of the economy was conducted artificially in order to tear them away from the USSR / Russia. These countries also firmly sit on the subsidized "needle", for them the termination of assistance from Brussels will also become an economic and socio-political catastrophe. At the same time, the number of donor countries in the EU is steadily decreasing as the crisis develops. As a result, they gradually begin to grumble, as an ever-increasing burden is being imposed on an ever smaller number of countries.

At the same time, with a single economic policy, political life takes place in individual countries - members of the EU. And the categorical unwillingness of citizens to vote for the continuation of current economic policies is gradually becoming an important factor in most countries of the union. Roughly speaking, unemployed citizens are not ready to support politicians who, in Brussels, vote for the freedom of movement of labor, in which representatives of poor EU countries oust the indigenous people from their jobs. There is reason to believe that in the coming 2-3, the voices of this category of citizens will sharply increase - after which it will not be easy for Brussels-based politicians.

The latter are trying to drastically reduce national political sovereignty, but there are good reasons to believe that this focus will not pass. Most likely, it is too late: there is no time for such reforms, and it is not very clear how to implement them within individual countries. There is no longer enough money to support individual countries in which there are serious economic problems - and as the crisis develops, all of Brussels’s policy will go down the drain. And the main reason for this phenomenon is not the economy, but the bureaucratic set of rules and laws adopted in the last couple of decades in the context of the assumption that the economic situation for the EU will not change fundamentally.

In other words, the trouble of the EU is not so much that the standard of living of the population will fall there, but rather in that in this case it is necessary to rewrite the entire set of European Union legislation, which is completely impossible to do. It is impossible to resolve all internal disputes and squabbles that could be compensated for twenty years, gradually and in turn, in conditions of excess money.

Theoretically, it would be necessary to do this: cancel all EU legislation (Actually everything! Since it is not clear who will finance it and how), disperse into “national apartments”, and then get together and start writing it again - based on the new conditions. Practically this is, of course, impossible, but doing the patching of holes will not work either. Since any attempt to change one rule (while keeping the others) will make it necessary to change it again as the ones it relies on will change. Roughly speaking, the founding fathers of the EU did not take into account the scale of the crisis, they were sincerely convinced that the region would no longer face problems of this scale.

The funny thing is that countries - potential participants of the Customs Union have gone through such a procedure. This is the collapse of the world system of socialism and the USSR. From the point of view of the neoconomic theory, this is natural - the current crisis is the last crisis for capitalism for the fall in the efficiency of capital, and the USSR has fallen victim to the penultimate similar crisis. And if we proceed from a similar analogy, then the EU is approximately at the stage of the USSR 1988 – 89 - with all the ensuing consequences.

In other words, the question of how economic laws operate is decided unequivocally - equally for all. But complex formations - such as countries or their regional associations - behave not only in accordance with purely external factors, but also obeying the natural laws of development. And in this sense, the EU is simply at another stage, in a sense, it is a quarter of a century behind the USSR - so it is possible that in another 20 years there will be a large supranational entity Customs Union and a large set of individual states in Western Europe that will will ponder the new principles of their union.

Ctrl Enter
Noticed oshЫbku Highlight text and press. Ctrl + Enter
We are
About Stalin and KhrushchevThe impact of the Customs Union on the economy of Kazakhstan
33 comments
Information
Dear reader, to leave comments on the publication, you must to register.