November 28 2013
88
Yegor Timurovich Gaidar caused enormous damage to our Motherland. His "reforms" led to the degradation of industry and the transformation of one of the leading industrial countries of the world into a raw material appendage of Western economies. Of course, all these "accomplishments" Gaidar did not alone. Most of his accomplices are alive and well and have become oligarchs. Perhaps the only thing that speaks in favor of Yegor Timurovich is the fact that he himself did not become rich. But the awareness of this fact does not become easier for the population of Russia. Even today, the name of the already deceased Yegor Gaidar is used to fight Russia. 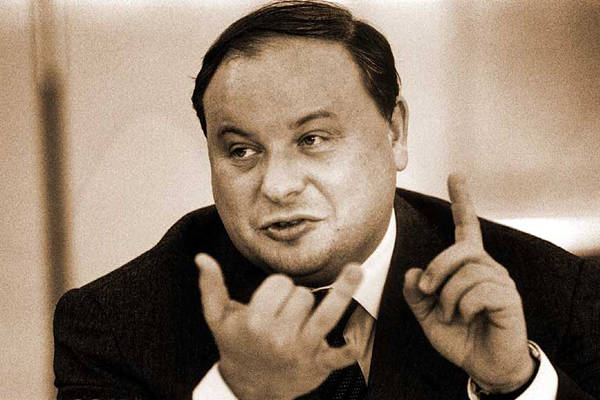 My reader from Kiev sent me a letter about how the name of the destroyer of our economy is used today in provoking unrest in Ukraine.

“Switching television channels on Sunday evening 24 on November, I, an ordinary resident of Ukraine, saw the same recurring picture. Live broadcasts from protest actions of supporters of European integration, conscription shouts“ fight to the end ”, sympathizers of journalists and slogans“ No return in the USSR. ”I’m going to turn off this“ cry for Euro-happiness ”, I stopped at the Russian channel NTV Mir, which broadcasts in Ukrainian cable networks. There was a documentary film by Yegor Gaidar. The Death of an Empire. [1] In principle ichego new I did not see in it the liberal standard set of stamps mid 90-ies In short they are the announcement of the film are given..:

“What happens to the Empire if it gets hooked on an oil needle?” Why is death hidden in this seeming abundance? Alexei Pivovarov’s documentary film Yegor Gaidar. The Death of an Empire, according to the eponymous book by the most famous reformer of 90, tells why the collapse of the Soviet economy was predetermined long before 1991. The author of the film and the economists who worked in the “Gaidar team”, Anatoly Chubais, Petr Aven, Andrei Nechaev, traced history the collapse of the Soviet economic system. "

It would seem - everything is clear. The USSR broke up by itself, Russia fed all the republics, and Yegor Gaidar saved us all from the war. You can turn off the TV and go to bed. But one desire stopped me at midnight - to find out how long this film was made, and why NTV decided to repeat all these myths and lies fifteen years ago today. What was my surprise when in the final credits I saw the last line:

“Aviator Production LLC by order of the Egor Gaidar Foundation, 2013”.

“The Foundation conducts educational work in the field of economic, social and humanitarian knowledge. The Foundation promotes the work of Yegor Gaidar all over the world and conducts memorial programs aimed at perpetuating his memory. ”

Okay. It is necessary to popularize the work of Yegor Gaidar, to perpetuate his memory, spending on this donations from individuals and legal entities. But why then the main idea of ​​the film is that in the economy of the USSR at all times everything was wrong? And the film ends with the words of Peter Aven:

“The USSR was a complicated construction ... The ridiculous and dishonest idealization of the USSR is only a reaction to inequality, terrible corruption, absolute bureaucratic arbitrariness and, most importantly, absolute merging of power and money.”

And the final frame - via the old radio receiver, by the order of a resident of the Kemerovo region, the song “Beatles” “Back in the USSR” is transmitted.

Why such a finale? Well, they would have told the biography of the brilliant savior Yegor Gaidar (and they would not have begun with the phrase: “appeared on the political arena unnoticed”). Would show the stages of his light path. Would end with a prophetic speech Yegor Timurovich, the facts and figures of his successful work. They would sum up and remind television audiences fundamental economic postulates.

But no. During the whole film, the same “truth” is repeated - in the economy of the USSR everything was always wrong. The emphasis is clear and simple - You can not idealize the USSR! The last phrase of the film - "Again in the USSR." And the film comes out in the midst of geopolitical throwing of Ukraine. In their, so to speak, the apogee itself. And on the territory of Ukraine the film is shown on the very day when mass protest actions begin.

Of course, all this is a coincidence. The Egor Gaidar Foundation conducts only educational activities in the field of knowledge.

“In 2012 alone, the Foundation’s projects have affected over 7 thousands of people from 40 Russian regions.”

And the Fund’s Board of Trustees headed by Anatoly Chubais monitors the educational activities. And as part of this board of trustees, not only a scattering of bright enlighteners, but also members of the Government of the Russian Federation [3].

Ctrl Enter
Noticed oshЫbku Highlight text and press. Ctrl + Enter
We are
About Stalin and KhrushchevWhat you didn't want to know about England
88 comments
Information
Dear reader, to leave comments on the publication, you must to register.