November 26 2013
0
The torch relay of the Winter Olympics, which next year will be held in Sochi, continues to travel around the country. About how the torch got to Buryatia, will tell, including Ulan-Ude website region03.ru. In November, torchbearers will carry a torch to several districts of Buryatia. Famous people will carry the torch across Ulan-Ude and other cities of the republic. From the list it is possible to single out such names as Aleksandr Tsokloev - the champion of the Deaflympics, the master of the plant in Ulan-Ude Margarita Romanenko, and also the participant of the Olympic Games in Moscow Pavel Yakovlev. These people are well known not only in Ulan-Ude, but throughout the country. 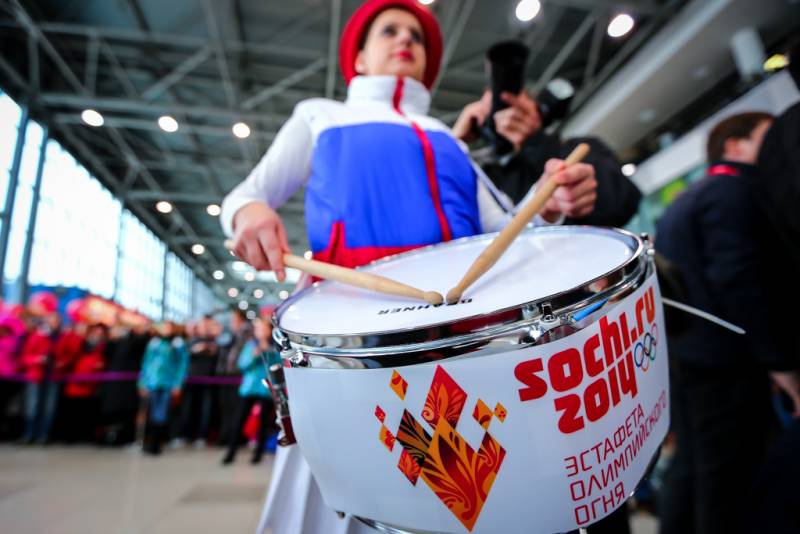 One of the brightest ceremonies is the immersion of the Olympic torch to the bottom of Baikal. First time in stories Olympic relay was used the so-called technology "Kiss the flame", during which the transfer of fire from one torch to another took place at a depth. The torch, which faded out in the open air, this time was safely removed from the water, and very effectively delivered to the shore of Lake Baikal.
Several tens of thousands of residents of Buryatia were able to take pictures with the torch, which for two days "walked" in the republic. I visited the Olympic torch and the holy of holies of the Buryat and all Russian Buddhism - Ivolginsk datsan. It was here that the Olympic flame, like the entire Russian team, received the blessing of the lama. This is the only point on the path of the torch of the Sochi Olympics, in which the Olympic flame was brought into the temple, belonging to world religions. Neither the Orthodox churches, nor the torch of the Olympic torch in the mosque will not be brought. Placing the torch where the immortal body of Lama Itigelov rests is considered by many to be one of the most important ceremonies in the history of the Olympic movement. For many Russian Buddhists, such an event means no less than bringing the OI torch to Sochi in open space, raising it to Elbrus or diving into the depths of the Baikal waters.
Was in the Buryat stage of the relay and another "highlight". At one of the stages, the torch of the Olympics in Sochi was carried by a woman who is in the seventh month of pregnancy. This added a special flavor to the already very colorful baton. Many older and middle-generation people in Ulan-Ude recalled how the Olympic torch relay passed on the eve of the Moscow 80 Olympiad of the year.
Ctrl Enter
Noticed oshЫbku Highlight text and press. Ctrl + Enter
We are
What a strange tantrum around the Olympic torch relay?Sochi is trying to say goodbye to migrant workers