In Ukraine, almost no Russian people are younger than 30 years. Only facts 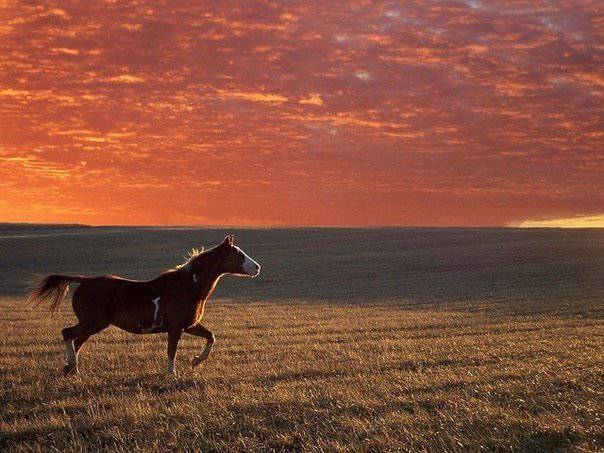 Warning: This note is not Ukrainophobic in nature, but only covers the problem of identifying Russians in Ukraine, without at all touching the topic even of Russian-speaking Ukrainians.

In Ukraine, if we take out the city of Sevastopol, there is not a single Russian person who is less than 30 years old and who confidently position herself ethnically and spiritually Russian at a public or everyday level. Argue?

Today, the state of Ukraine, despite bilingualism, is turning into mono-ethnic Poland No. XXUMX. What gives me the right to argue so boldly? Despite the absolute dominance of the Russian language in the south-east of Ukraine, ideologically Lviv and Donetsk are already converging. Russian-language schools, if there is, then there is no "Russian spirit". If simpler, then there is not one important subject for parity, namely - stories of Russia. Only. And more is not needed. Therefore, when against the background of the bacchanalia about the European aspiration of Ukraine, Russian experts, who sat down impressively in the studios of Russian TV channels, claim that the East of Ukraine will never support the pro-Western course of official Kiev, then they only cause me to grin. Give 6-8 more years, and the whole Donbass will vote for NATO. Here are the facts for 2012 and 2013 years that you can check:

1. March of the supporters of the SS division "Galicia" in the Russian-speaking Krivoy Rog in broad daylight through the main streets of the city.

2. Young football fans of Shakhtar (Stalino, a former Soviet city), great-grandsons of veterans and children of yesterday’s Donetsk boys, who were sitting in taverns to the music of M. Krug between the shooters and gatherings, and now their children in the stands of the stadium chant the UPA chants: “Glory to Ukraine! Heroes Glory! ”And so on.

“Eastern nationalists began their activities with enlightenment in the district and regional centers of south-eastern Ukraine. Like-minded people in a social network rallied, and access to real took place last year, when “Russian-speaking Ukrainian nationalists” in “Vkontakte” gathered 2000 members.

"The group admins invented on Pokrov, October 14, print a card" Tell the truth about the UPA "for distribution in the southeast. She depicted a mother over the child and 10 theses that dispel Soviet myths. That the UPA has nothing to do with fascism, which Shukhevych We were not awarded with the German cross. We gave 10000 flyers to 16 cities, small ones - Mariupol, Zhovti Vody. It was the first way out to the real, on the occasion of the UPA anniversary. In November, we met in Kharkov and decided to build organization. There are already people in Donetsk, W apogee, Lugansk, Dnepropetrovsk, Kiev ", - says Sergey Zamilyukhin".

He continues: “Russia firmly inserted into its head the notorious idea that the native language is the one with which it was born. But the history of our assimilation does not allow us to say that the language that you have heard since childhood is your own. For a Russified Ukrainian, Russian is no more as the language with which he was born, because it was imposed on his ancestors. And his mother tongue was the language of his nation, "says the main runovite.

Not a word about Russians! But they are in Ukraine! They are not even a million or two. Or is this all Russified Ukrainians? Oh yeah, I forgot, the presence of a passport of Ukraine confirms that you are a Ukrainian!

4. Storming the city administration of the millionth Russian-speaking city of Odessa by members of the nationalist party Svoboda.

These 4 clauses (facts) or four alarm bells that I can prove to you, friends, live and are responsible for the words. And if I begin to give examples from my life, then yesterday’s Russian will tell me, for example: “And we don’t have this in Zaporizhia, give a link or a video, so don’t engage in provocation, the Kremlin Troll”.

Why did Russian-speaking millionaire cities and Russian industrial mono-cities with hundreds of thousands of people in the southeast fall before the ideology of the regional centers of Western Ukraine? The moment of truth was in 2004. It was 1,5% that Yushchenko departed. And these 1,5% were provided not by Western Ukraine, but by a new generation of the southeast, thinking in the European mainstream. Someone will say that the percentage of Yushchenko "drew." Even if so, the conditions allowed, because the difference was small. In 90, those who promised to make Russian the second state language became presidents. Today there is another message - Europe.

The reasons? Yes, those Russian brothers who were lucky enough to stay on the other side of the cordon after 1991 of the year, namely directly in the RSFSR, will be offended at me, the reason is the lack of communication, the umbilical cord with Greater Russia. And its inaction. Ukrainian melting pot, put on a slow fire, copes very well, just like in the experiment about a frog. The problem and the happiness of ethnic Russians in Ukraine is that Russian culture and Ukrainian are very, very close, so going to one of the other looks like, it may be an incorrect comparison, but as a change of toothpaste. Although everyone is to blame! And the "fresh" Russians, namely the families of the military, sent from the central regions of the RSFSR in Soviet times, where, as a result, the father officers did not look at the content of the history textbook of their children. What were you doing? That's right, in 90, they earned money as best they could, but at that hour a teacher with a Russian name, for example, in my school, in order not to lose her job, explained: “Russia is a prison of nations!” The “old” Russians, too, are to blame for abandoned the tradition. It is possible to once again criticize the USSR, to recall its cult of the “Soviet person”, but it is certainly the last one on the list of reasons for the dissolution of Russians in Ukraine over the last 22 of the year. Why are Russians passive? The majority became part of the consumer society, and they can be called conditionally Russian, just by their last names and communication on the great and powerful. Other, younger, of course. dissolved in the Ukrainians, well, and others live in the KPU regional committees.

Thus, in the medium term, without taking into account the economic and social upheavals, Ukraine can become ideologically relative to the Russian Federation Poland No. XXUMX. How is this possible? How can 2-6 million Russian, without taking into account the Russian-speaking Ukrainians, peretravit? And how is the history of the Pomor people possible in today's Russia?

Ctrl Enter
Noticed oshЫbku Highlight text and press. Ctrl + Enter
We are
Who are the Russian-speaking Bandera in Ukraine?What you didn't want to know about England
59 comments
Information
Dear reader, to leave comments on the publication, you must to register.