The first flight of the Italian UAV P.1HH HammerHead 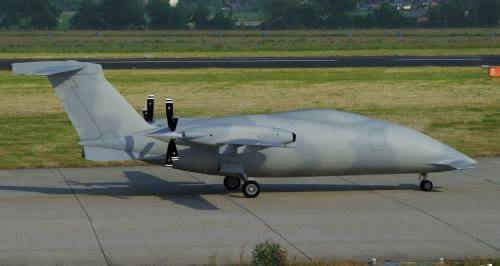 14 November 2013 of the Italian Air Force Base Trapani in Sicily made the first flight of an unmanned aircraft Piaggio P.1HH DEMO - a prototype demonstrator developed by the Italian company Piaggio Aero Industries UAV long duration of flight (MALE class) P.1HH HammerHead. As a platform for this UAV, the famous twin-engine turboprop P.180 Avanti II administrative aircraft manufactured by Piaggio is made according to the "duck" scheme with pushing screws. During the test flight P.1HH DEMO was controlled from the ground control station. 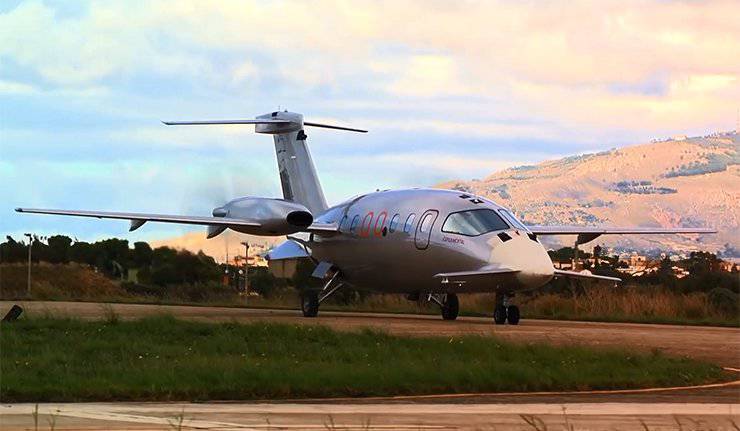 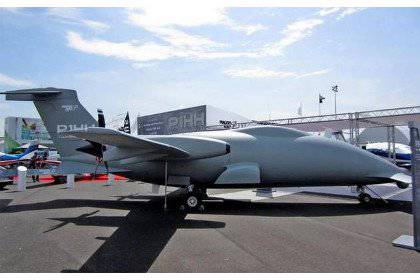 The control system of the unmanned complex P.1HH HammerHead was developed by Selex ES (part of the Finmeccanica group). The aircraft is powered by two Pratt & Whitney Canada PT6A-66B turboprop engines. Piaggio claims that the UAV will be capable of operating at an altitude of about 45 thousand feet and have a flight duration of up to 16 hours, while flying at a very low loitering speed of 135 knots. At the same time, the maximum speed reaches 395 knots, making it the fastest known MALE class UAV in the world. The device is capable of carrying a variety of target load, and in the future - and guided weapons weighing up to 500 kg. In fact, the P.1HH HammerHead, if this system is fine-tuned, is likely to become the first full-fledged MALE-class UAV developed in Europe. 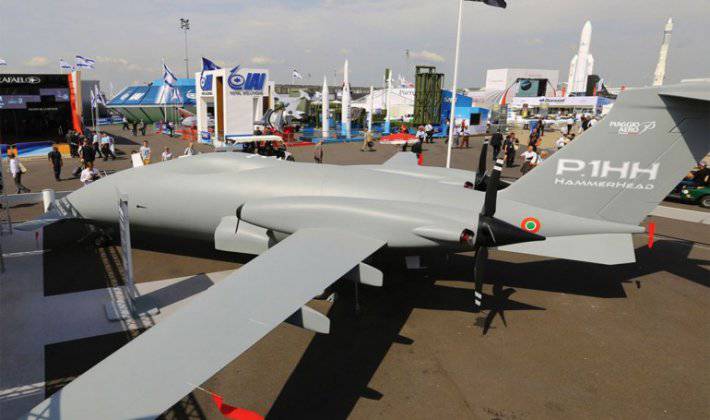 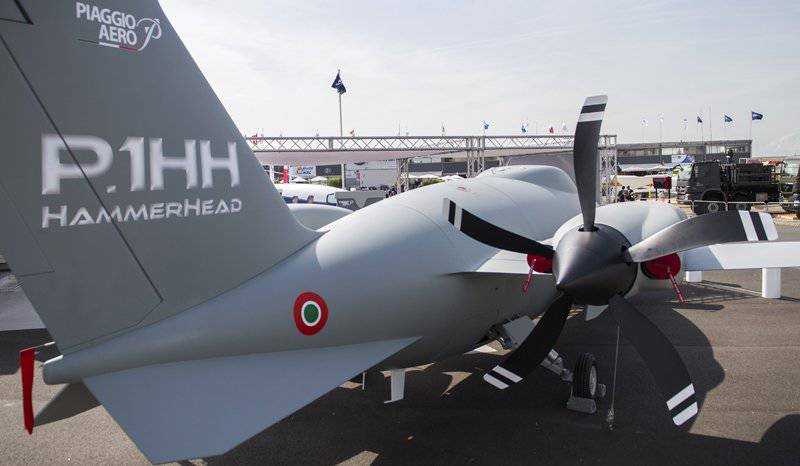 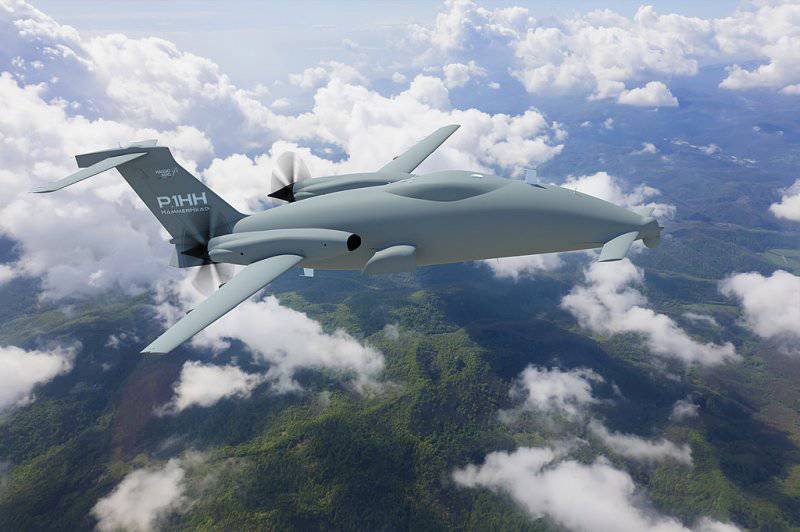 Ctrl Enter
Noticed oshЫbku Highlight text and press. Ctrl + Enter
We are
In the wake of IDEX 2015British UAV Reaper returned home
9 comments
Information
Dear reader, to leave comments on the publication, you must to register.