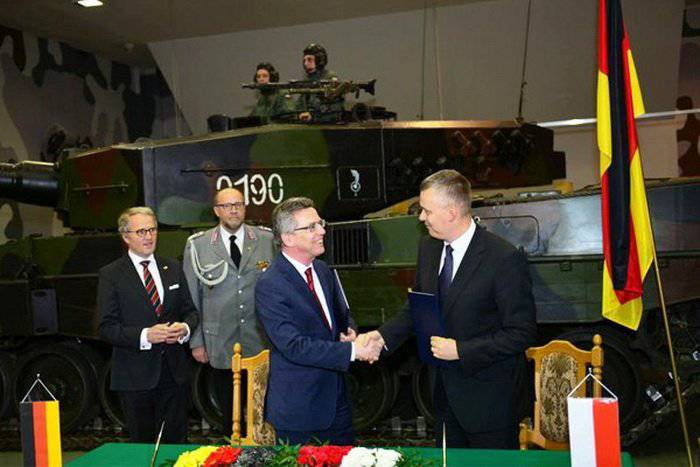 Defense Minister Tomasz Semonyak and his German counterpart signed an agreement in Poznan to buy another 119 tanks Leopard.


— We equip the next tank brigade with modern tanks, with the force of fire of which each enemy must be considered, - said General Waldemar Skzkipchak, Deputy Minister of Defense, responsible for procurement in the army.

The agreement includes the purchase of 14 machines Leopard 2A4 - those that already have our troops, and 105 tanks in the newest version of 2A5. Vehicles will find, like the previous batch, from the reserves of the Bundeswehr. The first vehicles will go to Poland next year and serve to equip two battalions. It is not known what part of them will receive. It is a question of the 34 armored cavalry brigade located near the town of Zagan, which at this moment is armed with domestic PT - 91 Twardy, or 9 armored cavalry brigade from Braniewo, at the disposal of which the Soviet T-72М1.

Our armored forces have them over 500 (T-72). We want Leopards to become the main tanks of our army, - stressed the head of MO.

The remaining tanks will be transferred in batches up to 2015. The best recommendation for this tank is the opinions of the 10 soldiers of the armored cavalry brigade, who have been using 10 Leopards for years and rate them very highly. Upon receipt of new vehicles, we will be one of the largest users of these tanks in the world.

Minister Semoniak adds that the purchase of the next installment of Leo also gives a huge chance of technological development for Polish military enterprises.

— I do not imagine that their further modernization, repair, service, purchase of ammunition was accompanied without their participation, - convinces General Semonyak.

The Minister also spoke of the planned modernization of the Leopards in Poland. 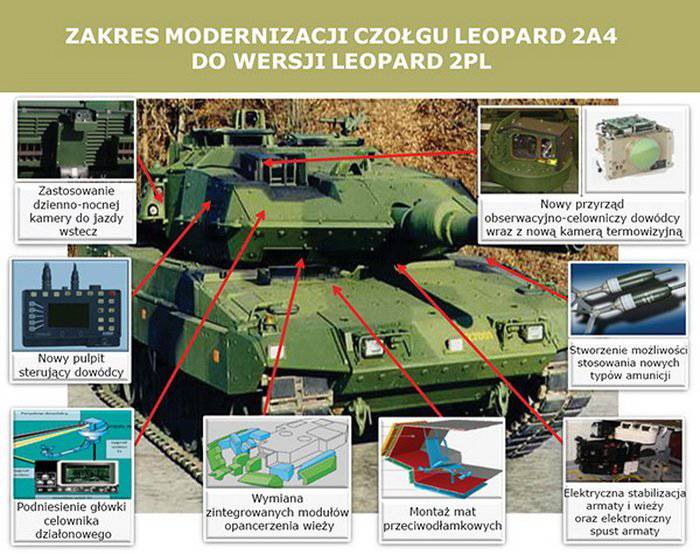 — For us, the most profitable would be obtaining documentation for the repair of assemblies and subassemblies of the tower system and chassis, as well as obtaining certificates for obtaining materials and their technology, - considers Elizabeta Vavzhinkevich, a member of the board of the Poznań Military Enterprises, which repair and maintain the Leopards already used by our army.

Andrei Sztortik, chairman of the mechanical enterprises "Bumar Łabędy", which are part of the Polish Defense Holding, has a similar opinion.

“I would be happy if, with the purchase, we could get access to the construction documentation and technology of Leopard maintenance.”

As Marcin Irdzik, acting chairman of the PHO Board, informed, firms want to create a consortium that will put together a proposal.

— We will not compete, but interact. Due to this, we have an advantage over foreign providers, - he added.

The deadline for the proposal ends on December 10. The Polish army will receive the first modernized tank in the autumn of next year. All 2A4 Leopards will be upgraded in batches until the end of 2019. Those 14 2A4 tanks that have been purchased will also undergo modernization. The cost of the modernization contract is estimated at approximately one billion zlotys. 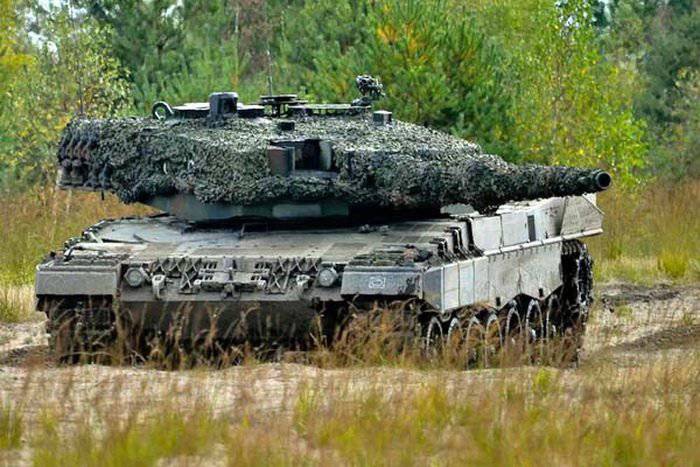 The German Leopard 2 is the most popular main tank in the armed forces of the countries of NATO and the European Union. In addition to Germany, 11 other countries of our continent, as well as Canada, have it. Leopards 2 also bought states from Southeast Asia and South America. Interested in them as the countries of the Middle East. Since 1979, about 3,5 of thousands of these tanks have been produced. They participated in military operations in Kosovo and Afghanistan.

Our ground forces have 128 Tank Leopard 2A4, transferred from Germany to 2002-2003. They are equipped with two battalions 10 of the armored cavalry brigade, which is temporarily located in Sventoshuv.

A4 is the most popular version of the Leopard 2, which was produced in 1985-1992. During this period, previously produced combat vehicles for the German and Dutch armies were upgraded to this standard. Their licensed production is also established in Switzerland. After the end of the Cold War, the Germans resold or transferred the majority of A4 to other states, including Finland, Spain, Norway and Sweden.
The newest generation has become Leopard 2A5, which we now buy. The German army adopted a tank in 1998, in comparison with the A4 version, their booking was strengthened. A characteristic element of the design was in front of the tower in the form of a wedge. Electronics and fire control systems are also being upgraded. Prior to 2002, the Germans upgraded their tanks to the A5 version. Later, 350 of them succumbed to further upgrades to the A160 version, where the main change was a new gun with a longer barrel. The German Leopard 6A2 was the basis for the creation of several varieties for foreign armies.

Ministry of Defense bought not only Leopards 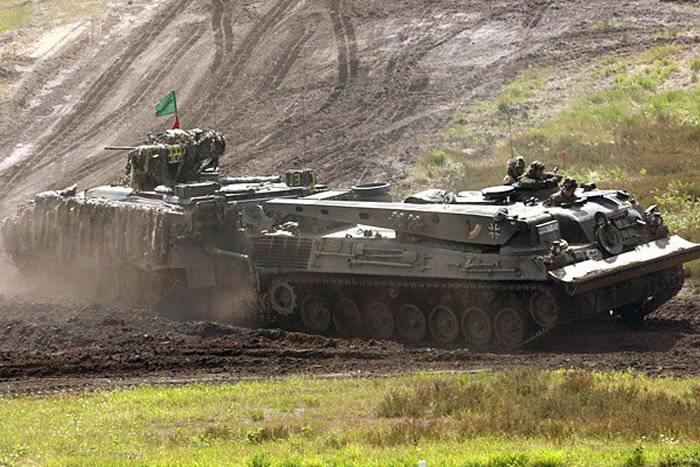 Almost 220 of transport logistics: vehicles of technical support, trucks and SUVs, as well as equipment for the tanks bought by the Polish army from the Bundeswehr, learned portal polska - zbrojna.pl.

This is part of the agreement for the supply of Leopards. The entire contract value is about 180 million euros.

The team, which will get 2A5 Leopards (105 units) and 2A4 Leopards (14 units), will also be equipped with technical support vehicles (BREM) Bergepanzer 2. These cars can, for example, tow a damaged tank or pull it out of a marshland.

Delivery of eighteen Bergepanzer 2 - one of the points signed on Friday by the Minister of Defense Tomash Semonyak and the German chief of MO Tomas de Mezieres agreement on the delivery of Leopard tanks together with support equipment for the Polish ground forces. Under this contract, along with tanks and support vehicles, troops will also receive 120 medium-duty trucks Mercedes X X XUMUM A, 1017 light trucks U - 40L Unimog and 1300 Mercedes SUVs.

In addition to vehicles, the agreement provides for the supply of tractors. The new tanks of the Polish army will be equipped with kits for underwater driving and laser simulators for firing.

— This is a great deal for Poland, - Minister Semonyak stressed on the day of the signing of the agreement. He acknowledged at the same time that before signing the agreement there were long negotiations with the German side.

The first agreement on the delivery of tanks Leopard with Germany, the Polish Ministry of Defense signed in 2002 year. This is 128 Tank Leopard 2A4. The Polish army then received logistics support vehicles from the German armed forces.

In his opinion, units with Leopards should also have technical support vehicles adapted to their needs. Why?

- Bergepanzer has the necessary power to pull the damaged tank Leopard from the battlefield. It also makes it possible to perform repairs in the field, that is, for example, raising the engine plate or the whole tower, in whose place a replacement can be inserted. Bergepanzery increases the combat capabilities of Leopards, because on the modern battlefield you can quickly return them to combat readiness, - says Col. Navroski, 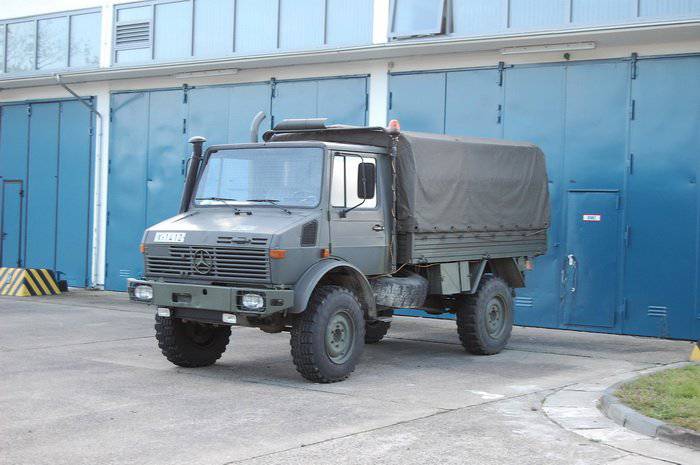 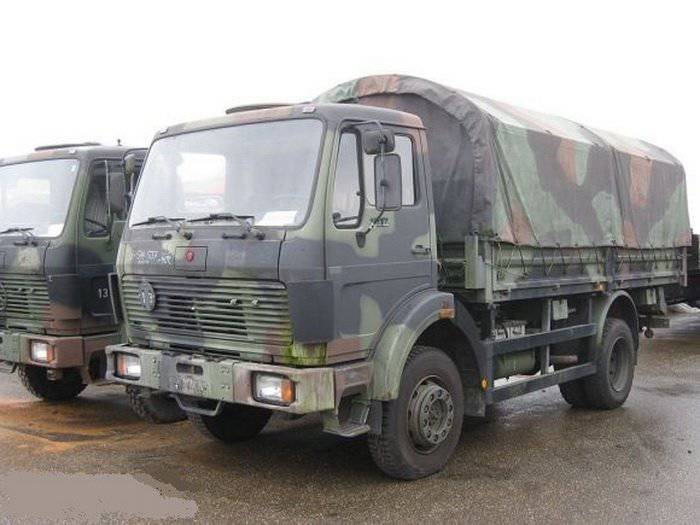 Ctrl Enter
Noticed a mistake Highlight text and press. Ctrl + Enter
We are
The shift in the balance of power on the western borders of the CSTO against the background of a comprehensive renewal of the tank fleet of PolandPolish Ministry of National Defense detailed purchase plans for MBT Leopard-2
25 comments
Information
Dear reader, to leave comments on the publication, you must to register.