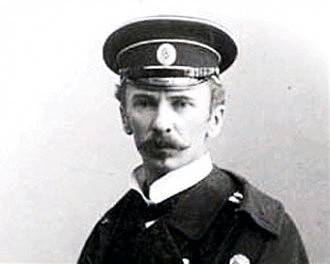 The first Russian revolution of 1905 — 1907 became a unique event not only because it was the first to demonstrate the relevance of reforms. She also showed how widespread were protest moods in the whole society: not only the workers, in the midst of whom progressive views were particularly popular, but also the peasants, and part of the army — first of all, the fleet — opposed the existing system.


Battleship "Potemkin" was, as it turned out, only the beginning. And the events that unfolded at the end of November 1905 of the year in Sevastopol, testified, on the one hand, how much the indignation of the people was, and on the other, that in privileged circles there are those who can support his demands.

It all started back in October, when a political strike spread throughout the country, including the Crimea. There, against the strikers, the autocracy threw, as always, the loyal army units, but the passions did not subside. When the 31 of October (in a new style) evening in Sevastopol received the text of the famous manifesto, which provided for the creation of the State Duma, general rejoicing began, which, however, soon passed into a spontaneous protest rally with political demands.

Perhaps, show restraint in power, everything would be different ... But troops threw into a crowd of 8-10 thousand people (at that time it was a lot, especially in a relatively small city), and 8 demonstrators were killed during dispersal from bullets, 50 were injured. On the same day, a retired captain of the second rank Petr Petrovich Schmidt (at the beginning of the revolution he organized the “Union of Officers - Friends of the People” in Sevastopol, participated in the creation of the Odessa Society for the Mutual Assistance of Merchant Sailors fleet”, Conducted propaganda among sailors and officers and called himself an out-of-party socialist) he turned to the local Duma, demanding that the guilty be punished.

Naturally, nothing was done - and not by ill will: the military and civilian authorities could not decide who to do what, and inactive or shifted the responsibility to each other. In this situation, Schmidt was in the foreground.

2 November at the funeral of the victims of the shooting, he made a speech, later received the name "Schmidt's oath", which, in particular, said: "We swear that we will never cede to anyone a single inch of the human rights we have won." The response to this proud phrase was the arrest and initiation of the case, allegedly, the loss of public funds. But the authority of the captain was by that time so great that even the Sevastopol Duma demanded his release, and the city mayor Maximov offered to give up his post. However, this demarche led only to the fact that the power was completely transferred to the military, after which complete destabilization began - almost the entire city went on strike. A couple of days later, the workers of Sevastopol elected Schmidt the "lifelong deputy" of the Council, demanding his release for this reason, and a little later he was able to quietly leave the hospital, which was transferred due to poor health.

Meanwhile, fermentation has spread to the naval crews - first of all, to the cruiser Ochakov, which passed the acceptance tests. Engines installed on it workers Sormovsky plant, among whom were several Social Democrats who launched an active campaign. The commander’s rudeness, bad food, unwillingness to listen to the crew’s demands became the main reasons for discontent, which, after the sailors tried not to be released from the barracks to participate in the work of the local constituent assembly, turned into an open rebellion. November 24 was created Council of sailors and soldiers deputies, who decided to appoint Schmidt commander of the revolutionary Black Sea Fleet. Social and political demands were made, and on November 27 a signal was raised over Ochakovo: “Commander of the fleet. Schmidt. At the same time, the rebel officer sent a telegram to Nicholas II: “The glorious Black Sea Fleet, sacredly loyal to its people, demands from you, sir, the immediate convocation of the Constituent Assembly and will not obey your ministers. Fleet Commander P. Schmidt ".

The rebels managed to seize several ships, they were supported by several more crews, red flags were hoisted on ships, and the Potemkin prisoners in the floating prison were released ... But, alas, that was all. A few days before these events, the locks were removed in advance from the combat guns, they could not be brought back, and when the remaining loyal ships were pulled up to the bay, the fate of the uprising was sealed.

Despite the desperate resistance, the battle lasted just 2 hours. Survivors - over 2000 people - were arrested. In March, 1906 was shot on the island of Berezan, 14 people were sentenced to indefinite penal servitude, 103 to hard labor, 151 was sent to disciplinary units, more than 1000 was punished without trial. But the impulse of Schmidt and his comrades was not in vain: the fleet, the beauty and pride of the imperial army, clearly demonstrated that it is ready to fight for the demands that all progressive Russia shared ...