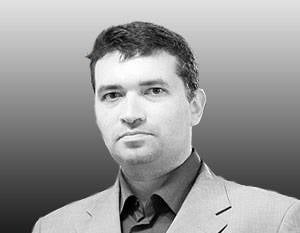 What we see now is the end of Ukraine as a “not Russia” project. It is obvious to me that Ukraine will soon be torn apart into pieces, the fate of which will depend, inter alia, on our willingness and desire to intervene in this terrible process.


Many of us, those who call themselves Russian patriots, are now looking at Ukraine. We look, we wait.

They say that Russia has betrayed the fraternal Slavic country. They say that it is impossible to bar out from relatives in Ukraine at a time when there is no border with foreigners from Central Asia, that this fence from the Slavs and Europe, combined with a visa-free regime with Tajikistan, is the ideology of the current Russian government.

What is happening in Ukraine?

As it became known to Vesti, Markov was detained for beating nationalists.

The leader of the Rodina party, in a telephone conversation with the Vesti correspondent, stressed that he was detained for participating in the 2007 fight of the year near the walls of the regional state administration.

President of Ukraine Viktor Yanukovych has signed amendments to the Tax Code, which may deprive the leader of the UDAR party, Vitali Klitschko, the right to participate in the upcoming presidential elections. It is reported Lenta.ru with reference to the "Commander".

The corresponding bill was adopted by the Verkhovna Rada on October 24, provoking a scandal. The reason for this was the situation, which reads as follows: “In the event that a person has the right of permanent residence in the territory of a foreign state, it is considered not to live in Ukraine.” The UDAR faction said that the amendment was a provocation against its leader, who has a residence permit in Germany, and, according to media reports, paid taxes there for some time (according to the law, Klitschko must live in Ukraine for ten years years preceding election day).

We will speak bluntly - this is stripping competitors for the sake of power. This, of course, undermines the legitimacy of future elections. Simply put, it is a usurpation of power. Yanukovych loses legitimacy.

At the same time with all this, the President of Ukraine is going to sign an association agreement with the EU, but he goes to Putin’s meetings every week.

Both have a common goal with Klitschko’s ban and Markov’s arrest — these are actions aimed at maintaining power at any cost.

The association with the EU, and if to speak directly - the sacrifice of Ukraine and its people to the altar of the European economy, will give Yanukovych the support of Europe, and Putin ... Putin needs to somehow be persuaded to pay for all this happiness of Yanukovych because the economy is collapsing right before our eyes, nothing pay wages, nothing to pay energy. All this is fraught with simple and understandable word "rebellion."

Let's tell the truth: this is the end.

What we see now is the end of Ukraine as a “not Russia” project. The mutant is not viable by virtue of the ideology of creation — Ukraine, as not Russia, cannot exist. The only way for Ukraine to be is to be Russia.

All this is agony, and the Ukrainian elite can only tighten it and choose options for the elimination of Ukraine as a state.

The political configuration at the moment is as follows: the illegitimate Yanukovych, who lost the support of the pro-Russian East as a traitor and hated Bandera West from the very beginning. From the East, we have driven to the bunks on the contrived cause of Markov and Medvedchuk, the West puts on Pygnibok. The most likely sympathies of the center relate to Klitschko, whom Yanukovych wants to make it impossible to elect himself, that is, he simply appointed himself the enemy of both the brothers and their electorate.

Now Yanukovych is hated by everyone, he is hated by all of Ukraine, and this is the only consensus that exists in Ukrainian society.

At the same time, the West hates the East and enjoys full reciprocity. The only thing that stands between them and their hatred is the single president of Ukraine, to whom the high sides simply don't give a damn now. Islamists settled in the Crimea, ready for armed struggle against both the Kiev government and the local Russian population, most of whom have Russian passports.

Violence is about to break out.

In addition to all these factors, the government of Ukraine independently adds one more - strange and ambiguous actions in relation to Transnistria. As if all of the above are few.

The economic collapse, the disappearance of energy and social affairs, the loss of wages, the Wahhabis in the Crimea, the Russian revolt, Bandera, the illegitimate president. What could all this mean? From the point of view of the Ukrainian patriot, this “punishment” is another word in the time of Ukrainian independence, which has turned into its own opposite. Like Square, by the way.

So I see the works of philologists of the future on this topic: “Linguistic perversions of the period of“ independence ”. You can write a thesis.

Now it is obvious to me that Ukraine will soon be torn apart into pieces, the fate of which will depend, including on our readiness and desire to intervene in this terrible process.

Ctrl Enter
Noticed oshЫbku Highlight text and press. Ctrl + Enter
We are
A great interview with Sergey Lavrov: about Ukraine, Obama and IranWhat you didn't want to know about England
284 comments
Information
Dear reader, to leave comments on the publication, you must to register.