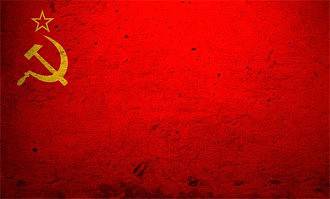 The five most popular anti-communist myths


About a month ago, on the eve of the premiere of the epic film by Fyodor Bondarchuk in every sense of the word, my article about liberal myths about the Great Patriotic War was published on KM.RU. But, of course, the story of folklore of supporters of market relations is by no means limited to fables about war. In fact, this is only the upper part of a giant ideological iceberg that our country came across in 1991.

It is clear that there are more liberal fairy tales and more fairy tales, and thematically they are much broader. The propagandists of the “democratic reforms” have proliferated so many varieties of myths that it’s just right to write a whole book to debunk them. Among them are relatively fresh ideological legends, one might say, with the heat of the heat; there are also long-playing players, who were still raised by the democrats of the so-called “first wave”.

Of the variety, I selected the 5 of the most popular anti-communist stamps, both old and completely new. Well, I will try to give my answer to each thesis of liberal propagandists.

This is an old liberal tale based on the reformist demagogues comparing two Germanies and two Koreas. True, for some reason, the East Germans still nostalgically remember the times of the GDR, and many of them vote for the left, and the overwhelmingly North Koreans do not rush into the “capitalist paradise” of the South.

And in general it would be more correct to compare the same state at different times. And here our long-suffering mother Russia is just an exemplary example of what capitalism can do with the country in just 20-30 years. Before perestroika, we are the second superpower, with a powerful defense complex and space industry, advanced science.

Now, with “effective” capitalism, we are, at best, a regional country whose missiles chronically fall down, Olympic torches go out and for some reason the last stronghold of science, the Russian Academy of Sciences, is being reorganized.

Here the liberals wishful thinking for themselves. Although there is the popular wisdom - “never say never”, and we should not forget anti-communists. I remember that back in 1996, Anatoly Chubais, in the euphoria of Yeltsin’s dubious victory in the presidential election, insisted that the last nail had been driven into the coffin of communism.

However, the years go by, and the left forces buried alive by the head of the Yeltsin electoral headquarters, and now the head of Rosnano, feel great. Last year, the Communists, with whom Chubais still 17 forgiven for years, apparently from that political light, initiated an inspection of his current office by the Accounts Chamber, which resulted in 24 of billion rubles of losses.

The liberal “oracles” in the 1990s said that the supporters of socialism were mostly older people, so support for the idea of ​​a renaissance of the welfare state would be reduced “naturally,” as they were expressed. But in the Communist Party began to come the representatives of new generations. Socialist views are much more popular with young people than their 1990 peers.

Liberal myth №3: under capitalism there is complete creative freedom

Actually, V. I. Lenin gave an exhaustive answer to this, noting: “Freedom of a bourgeois writer, artist, actress is only a disguised (or hypocritically disguised) dependence on a money bag, on bribes, on content” (“Party organization and party literature ").

But for the bourgeoisie and its liberal servants, the leader of the world proletariat is, of course, not a decree, therefore I will state Lenin's thought in my own words. The bourgeoisie until then will adhere to the principle of freedom of creativity, as long as it, this freedom, meets its interests and brings profit. So, the control of a money bag, albeit imperceptible to the eye, is much tighter than that of all Soviet-era art councils and reinsurer editors combined.

What does this lead to? To the degradation of art and literature. In terrible, as some liberal historians believe, the years of Stalinism, our country experienced not only an economic boom, but also a real flourishing in the field of culture. Now the picture is exactly the opposite.

Surely in our time there are Sholokhovs, Shostakovichi and Mukhins, but the society knows nothing about them, because money doesn’t require masterpieces from art, but income. As a result, true creativity is increasingly being replaced by show business, which means that it is becoming more and more difficult for real talents to break through.

Liberal Myth # XXUMX: the successes of socialism are based on blood and violence

If you follow this logic, then, following Berest, Egorov and Kantaria, carrying the red banner of the Great Victory, a whole detachment crawled into the Reichstag dome, so that they would not change their mind at the last moment. Again, following this logic, the competition in the first detachment of Soviet cosmonauts was not due to the desire of test pilots to enter the history, and possible harassment, if they refuse.

To listen to some liberals, one might think that in the times of the USSR, someone was sitting next to every engineer, designer, writer, artist and composer and inspired him with a pistol. In fact, of course, people were moved by completely different feelings - not fear, but the desire to create, to improve. For many representatives of the bourgeoisie, it is simply difficult to imagine that labor enthusiasm is not necessarily associated with material rewards or fear. There are also such things as “inspiration” and “patriotism”.

Was it because of the fear of the NKVD Zoya Kosmodemyanskaya sacrificed her life in the name of the Motherland? Did the family of Alexander Matrosov pay something for him to close the enemy embrasure with his body? No, of course: he was, as you know, an orphan.

This is a serious advantage of socialism over capitalism, where everything is sold and bought. Well, or rented - now the womb of the mother can be rented for money.

So in conclusion - the capitalist hit of all times and peoples, the liberal myth №5

The market will settle everything, balance everything and ensure, the main thing is for the state not to interfere in anything.

Actually, it is a cornerstone, a symbol of faith of liberalism. Although life has long since refuted this postulate, in propaganda mythology, it turned out to be very tenacious, despite all the obvious facts. The capitalist will not support anything socially significant, that does not bring profit - well, if only by whim. Oligarch, rather, will buy another football or basketball club, rather than invest in youth sports in Russia.

The market did not balance anything and could not balance - more precisely, it balanced, but with a huge minus sign. For over the overwhelming majority of types of products, 20 has not reached the level of 1990 of the year, and this was not the best year for the Soviet economy, when the crisis phenomena caused by Gorbachev's restructuring were already felt.

Planned economy actually actually meets the needs of modern society and, by the way, de facto exists in most private companies. If a private entrepreneur needs to understand who is responsible for what, who produces or sells what and what is needed to increase efficiency, so why should the state do without planning?

Only government regulation will allow to avoid distortions, when some goods, mainly consumer goods, are produced so much that all warehouses are overstocked, and there are no skilled workers for the production of other high-tech goods.

Only in the case of a planned economy, universities will train as many economists, lawyers, and translators as they really need.

Only in a planned economy will money be invested in youth sports schools, and not in foreign clubs. The list of indisputable advantages of a planned economy, which we so mindlessly abandoned by the will of Gaidar, Yeltsin and Chubais in 1990, is endless.

Ctrl Enter
Noticed oshЫbku Highlight text and press. Ctrl + Enter
We are
What ships of the Ukrainian Navy raised the flag of St. Andrew (photo review)About Stalin and Khrushchev
158 comments
Information
Dear reader, to leave comments on the publication, you must to register.