China will have KGB

November 18 2013
27
In addition to intelligence services, working for the benefit of China beyond its borders, in China there are two main departments related to national security: the Ministry of Public Security and the Ministry of State Security. On November 12 in Beijing, the Plenum of the CPC Central Committee completed its work, which decided to create a special department in addition - the State Security Committee of the PRC. It must be recalled that this decision was preceded by terrorist attacks: in Beijing on Tiananmen Square and in Taiyuan. Many Chinese citizens believe that the Chinese KGB will perform functions similar to the USSR State Security Committee. 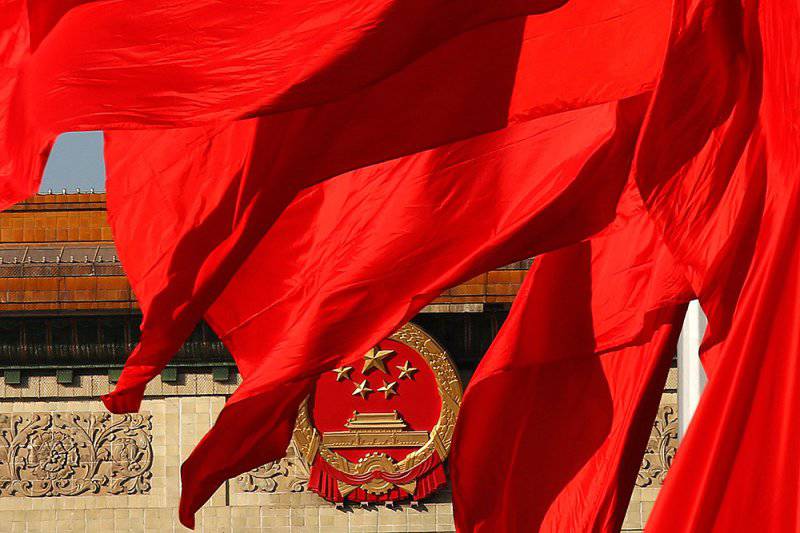 According to "Lenta.ru" With reference to Xinhua, France Press and The China Daily, the new committee, according to the report of the Central Committee of the Chinese Communist Party following the third plenary meeting, will be called upon to guarantee the safety of citizens and social stability. A representative of the Ministry of Foreign Affairs of China, Qin Gang, said at a press conference that the committee would fight terrorism, extremism and separatism.

The authorities of the PRC have disclosed quite a bit of information about what this committee will be. Analysts believe that he will become the highest authority for coordinating security measures against both internal and external threats. What we add from himself, and makes him look like the Soviet KGB.

According to the director of the anti-terrorism center at the Chinese Institute of Contemporary International Relations, Li Wei, the committee will develop a strategy and coordinate government actions to counter domestic attacks and resolve territorial disputes outside the country - in particular, in the East China and South China Seas.

Other experts compare the Chinese KGB with the US National Security Council, which is helping the president and the government to develop an appropriate strategy. Experts of Bank of America Merrill Lynch believe that they will be headed by the Xi Jinping Chinese Committee.

To get at least a bit of information, as they say, first-hand, you need to look through Chinese sources.

"China Radio International" in a brief submission from 13, November reports that the CPC leadership decided to create a State Security Committee and a Central Reform Steering Group. Foreign media analysts found these decisions unexpected. IRA notes that the KGB will be formed to create a favorable and secure environment to ensure the successful deepening of reforms. The mentioned reform management group will promote the implementation of the new reform policy.

According to the communiqué published following the results of the plenum, the goal of creating the State Security Committee is to improve the systems and strategies of national security and increase the level of social stability.

Yu Heisheng, an analyst with the Singaporean newspaper Lianhe Zaobao, commented on this message as follows:

“The State Security Committee exists in the USA, Russia and other countries of the world, it can unite different structures, after studying the situation, the Committee makes decisions, it has a high degree of efficiency for responding to emergency situations and current affairs. Based on the internal and external situation, China needs such a committee. National security and social stability are the basis of a country's development. To avoid the loss of strategic interests and the threat of external factors, China needs such a powerful structure. Therefore, at present, the creation of the State Security Committee is an urgent need. ”

This is all that is said in the material on the new KGB. Further, “RTOs” in a rather general phrase talks about the Steering Group and “deepening reforms”.

The article by Ami Li (South China Morning Post) reported on the fear of the Chinese before the new KGB. Bloggers publicly express their concern by posting on the network texts and photographs that reveal the theme of the atrocities committed by the KGB of the USSR and its predecessor - the Cheka.

The decision of the government to create a powerful system of national security spurred deep fears of society, the author writes. People believe that the country will slide to the police state. After all, similar Soviet institutions are known for suppressing dissent and the practice of torture. Many fear, the author clarifies that the Soviet KGB will be the model for the new security committee.

The communiqué of the plenum, which did not contain any details, caused concern among citizens who believe that the pretext of caring for “national security” could be used by the authorities to persecute dissidents.

“These are not unfounded fears: after all, the rulers of China have always managed to erase the line between“ national security ”and“ the security of those who govern, ”wrote Shanghai writer Jin Manlou on Weibo. According to him, in China, often "the army is used at home and not in international conflicts."

Josh Chin and Brian Spegel in a blog "The Wall Street Journal" they quote the lines of the People's Daily that the creation of a committee "will have important and far-reaching consequences in moving ahead of socialism with Chinese characteristics," which led Chinese Internet users "mostly to the delight."

“It's all a bunch of clichés,” one Weibo user wrote. “It looks like this new committee is not what is needed to carry out topical, substantive reforms.”

Another microblogger is outraged by the fact that Chinese leaders “behind closed doors” have created “another damned agency” that places a burden on taxpayers.

Others consider the statement of the party something banal. “As long as prosecutors and courts are under the control of the party, everything will remain the same as it was,” wrote Tian You, the author of business books, in Weibo.

Some social media users responded positively to the party’s document, stressing the need to strengthen national security and urging people to give the party time to carry out reforms.

Of course, we’ll add on our own, it is highly doubtful that an organization such as a merciless Cheka will appear in the PRC today. No one predicts in China and the "red terror". However, it is clear that in the very near future, radical comrades, for example, from the Xinjiang Uygur Autonomous Region, will experience all the delights of tightening the nuts. It is clear that the new structure will also work closely on the external direction - say, on the issue of the Senkaku Islands (i.e. Diaoyu). The Japanese are already worried about this. So far, one thing is clear: there will soon be more spies in the world.

Observed and translated by Oleg Chuvakin
- especially for topwar.ru
Ctrl Enter
Noticed oshЫbku Highlight text and press. Ctrl + Enter
We are
Russia at the Airshow China 2016Strangulation: the context, conduct and consequences of the American naval blockade of China
27 comments
Information
Dear reader, to leave comments on the publication, you must to register.