The investigation asks to extend the house arrest Vasilyeva 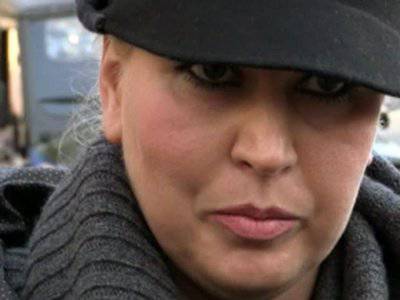 Military investigators again petitioned for the extension of the term of house arrest to the former head of the Department of Property Relations of the Ministry of Defense of the Russian Federation Yevgenia Vasilyeva, accused of fraud. Now this question will be considered by the Moscow City Court. As the press service of the Moscow City Court told Interfax, the investigators had previously applied to the Moscow Khamovnichesky Court with such a request.


Last week, Evgenia Vasilyeva published an open letter in which she stated that she must be released on November 23 due to the fact that she is under house arrest for exactly a year. Her lawyer, Hassan Borokov, said he would appeal the investigators' petition. According to him, the investigation within the prescribed period, that is, 30 days before the expiration of the house arrest, did not provide the defense and the accused with the case file for familiarization, which is a violation of the Criminal Procedure Code. "We consider the petition illegal. The criminal case file should have been provided to Evgenia Vasilyeva for review before October 23, but she has not yet seen the materials. We will familiarize ourselves with the essence of the investigators' petition in court and protest it," Borokov said.

Evgenia Vasilyeva is accused of 12 episodes of criminal activity related to the sale of real estate property of Oboronservis, theft of funds of the said joint-stock company, that is, committing crimes under Article 159 ("Fraud committed by an organized group on a large scale"), 201 ("Abuse of authority"), 286 ("Excess of official authority with the causing of serious consequences") and 1741 of the Criminal Code of the Russian Federation ("Legalization of funds obtained by criminal means, organized by second group ").

The organized criminal group, of which Evgenia Vasilyeva was a member, also included Irina Egorova, Larisa Egorina, Yuri Grehnev, Maxim Zakutaylo, Dinara Bilyalova and Ekaterina Smetanova, they are charged with committing 36 crimes. The damage caused by the criminal actions of Vasilyeva and other defendants in the criminal case exceeds 3 billion rubles. During the investigation, all measures were taken to return the illegally separated from the competence of the Ministry of Defense of the Russian Federation.

Investigation of the criminal case of Oboronservis - about fraud with the funds of the Ministry of Defense. Another person involved, Dinara Bilyalova, pleaded guilty and went on a pretrial deal with the investigation. The former general director of Mira LLC followed the example of Ekaterina Smetanova, the ex-head of the Expert Legal Support Center.

Prior to this, both realtors stayed for several months in a detention facility. Smetanova left the facility in February, Bilyalova - in late September. Their criminal cases are now highlighted by the investigation into separate proceedings; at present they are becoming acquainted with these materials. The punishment to both repentants will be mitigated, the Kommersant newspaper writes on Tuesday.

The testimony of women will help to bring final charges against the former head of the military property department of the military department Yevgenia Vasilyeva and other alleged participants in the criminal scheme for the sale of real estate objects of the Ministry of Defense at greatly reduced prices, Interfax reports.

According to the investigation, for their services, Bilyalova and Smetanov took five percent of the value of the transaction, which was a considerable amount, given the massive scale sale of military property.

The personal "achievement" of Biyalova became, for example, the sale of a number of commercially attractive objects in the very center of Moscow: the complex of buildings of the Main Directorate of Military Arrangement OJSC (GUOV) in Bolshoi Predtechensky Lane and the building of the Central Military Experimental Cartographic Factory N439 in Yakimanka.

The organized criminal group included, besides Bilalova, Smetanova and Vasilyeva, Irina Egorova, Larisa Egorina, Yury Grehnev, Maxim Zakutaylo. They are all charged with committing 36 crimes. The damage caused by the criminal actions of Vasilyeva and other defendants in the criminal case exceeds 3 billion rubles. During the investigation, all measures were taken to return the illegally separated from the competence of the Ministry of Defense of the Russian Federation.

Ctrl Enter
Noticed oshЫbku Highlight text and press. Ctrl + Enter
We are
Moscow City Court overturned the decision to extend the house arrest VasilyevaSit, but at home. Evgenia Vasilyeva arrested in the case of Oboronservis
74 comments
Information
Dear reader, to leave comments on the publication, you must to register.