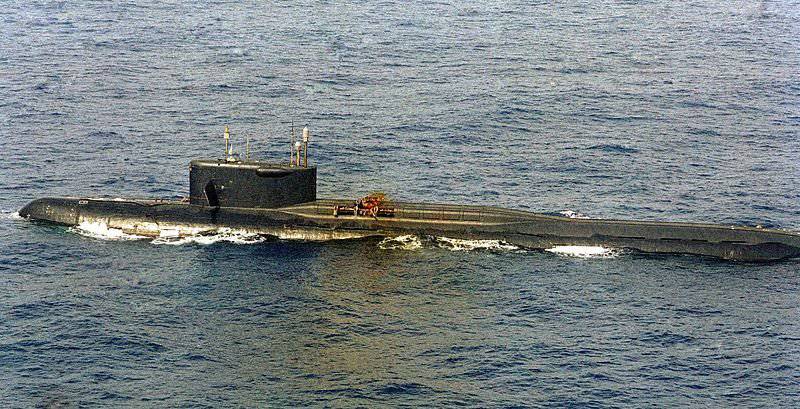 It was the first missile carrier that received the status of an “underwater strategist” and became the ancestor of a whole series of strategic submarines, right up to the giant Dolphin 667BDRM.

Subsequently, various incidents happened to the ships of this series (such as the “Kalmar” ground strike), but what happened in the Sargasso Sea from “K-219” could well turn into an environmental and political catastrophe - due to an explosion in the missile mine No. 6 on the ground lay a submarine with two reactors and fifteen nuclear missiles on board! And it is some six months after the tragedy of Chernobyl, and even on the eve of the meeting of Gorbachev and Reagan in Reykjavik! 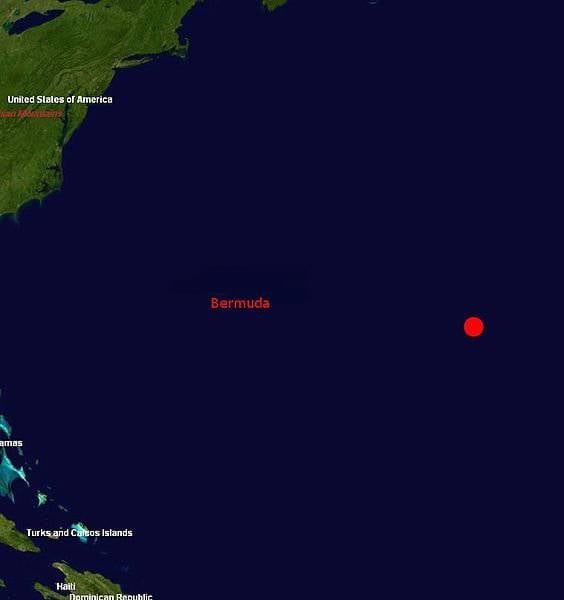 At the cost of life of the special barge, sailor Sergey Preminin, the tragedy was prevented - when it became clear that after the emergency protection had been triggered at one of the reactors, the compensating grids hung and did not end on the end stops (which was threatened by a thermal explosion), he and the commander of the special brigade group lieutenant N. Belikov went to the reactor hell. The last time Sergey left alone, he managed to lower the last grille, get to the bulkhead door, but ... Due to the pressure drop, the door was jammed, and Sergey was no longer able to pull the check, turn the valve and equalize the pressure. . At that time, in the adjacent, eighth compartment, Senior Midshipman V. Yezhov and two sailors tried to open the jammed door with the help of a sliding stop. In vain, the trap slammed shut ... In addition to Sergey, three more people were killed: the commander of the warhead-2, captain of the 3 rank A. Petrachkov and the sailors N. Smaglyuk and I. Kharchenko. 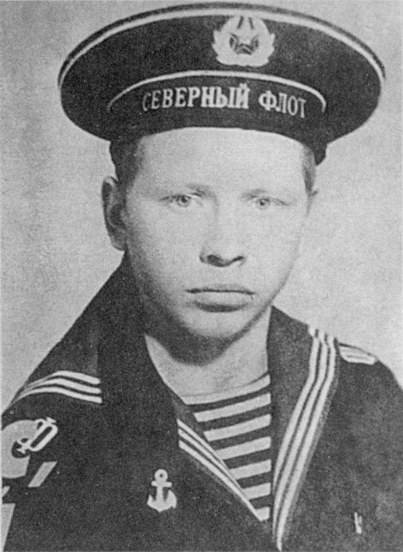 After an almost daily unsuccessful struggle for survivability, the boat commander, captain 2 of the rank of Igor Britanov, ordered the second reactor to be stifled and the crew evacuated to the approached Soviet ships. He himself remained on the bridge - with a Makarov pistol and a rocket launcher in the pockets of the Canadian. The fact is that a foreign submarine was constantly circling near the sinking Soviet submarine (as it turned out, it was an American submarine hunter "Augusta" of the Los Angeles class under the command of James Von Suskil), and the US Navy tug Pauhatan insistently He offered his services in towing emergency submarines to the nearest American base - Norfolk. 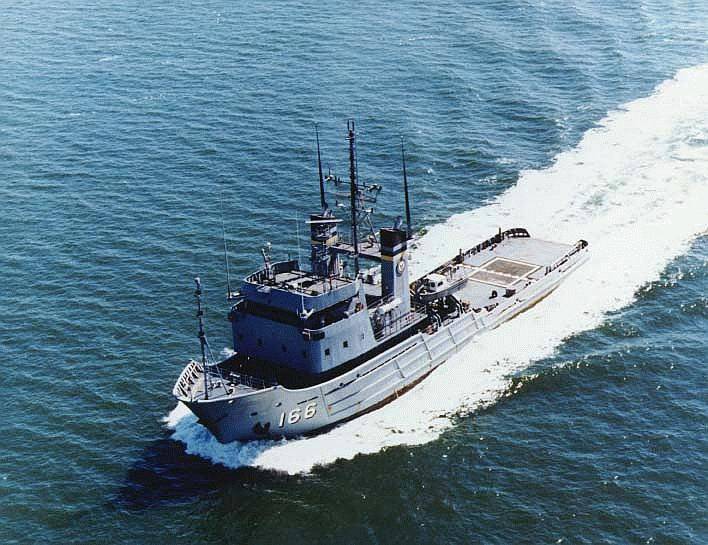 The British understood perfectly well - leave it and the agonizing ship, the Americans will immediately take it in tow - left by the crew, it will be considered "unattended", but for now at least one person remains on the ship, they will not dare to do that. Or maybe he himself was going to leave with his ship to the bottom? Who knows ... He could not understand that by his action he put an end to his military career and secured a place on his bunk: how, he surfaced in the immediate vicinity of the enemy coast, stopped the struggle for survivability, evacuated the crew and thus "ruined" the multimillion ship ! 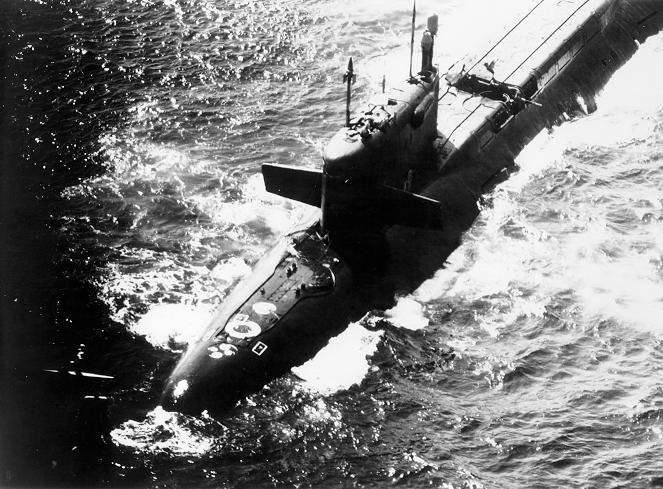 Meanwhile, during daylight hours, an emergency party was still landing on the dying boat, an attempt was even made to start a tow rope from the ship Krasnogvardeisk. And it was successful - October 5 in 18.20 unusual caravan began to move. Only here is an order from Moscow - to move to Gadzhiyevo - I was amazed by the submariners: by this course in such weather conditions? Why not to Cuba? It can be seen, and the Soviet leadership did not really trust the “class brothers” ... 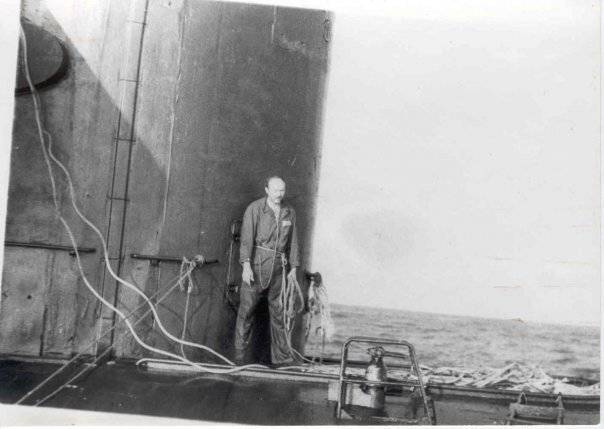 Igor Britanov on the deck of a ship in distress

And the enemy periscope was getting closer and closer at high speed near the boat and the towing cable. Finally, on October 6 in 06.18, Britanov saw him move across the line from the caravan and set off between the stern of Krasnogvardeisk and the bow of the K-219, where the slack cable was! Depth of sagging reached 270 meters, and Von Suskil could not be afraid of a collision with ships. And he knew that if the circulation even lightly touched the taut cable, he would burst, causing minimal damage to his boat. His calculation was justified - the cable burst!

Britons understood: this is the end, the boat can not be saved. The emergency party was sent to Krasnogvardeisk, and Igor Britanov, who was loyal to the honor of the naval officer and commander's duty, remained on the sinking ship until the last moment. As soon as the water approached the bridge, he moved into a life-saving raft and began to row towards the Red Guard. In 11.03 6 in October 1986 of the year, flashing a farewell with screws, "K-219" went on its last dive ...

And then - the hospitable Havana, far from the hospitable Moscow, the 9-month investigation and conclusion - are to blame: the deceased Petrachkov (do not they have a shame for the dead?), The commander of the BS-5 I. Krasilnikov, and, of course, the commander of the submarine I. Britanov. Both were "shining" for 8 years, but ... By this time, Matthias Rust had planted his "Cessna" on the main square of the country, and the new USSR Minister of Defense D. Yazov had a dilemma: who should be punished - Britanova, a hero in the eyes of the whole world, or generals who made the country a laughing stock? As a result, Britanova and Krasilnikova were released from criminal punishment (never removing the blame for the death of the ship), but they were expelled from the party fleet fired. As is usual with us: to punish the innocent, to reward the uninvolved ... 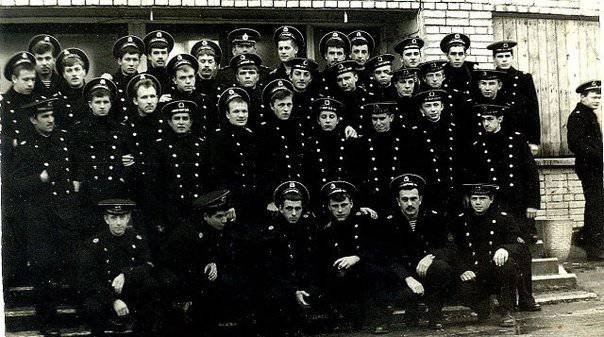 Members of the Britanova crew who participated in the September-October 1986 campaign, and the people who helped rescue the crew.

But there were the perpetrators? Were Who! The answer lies on the surface: the staff officers of all levels - from the division to the main board of the Navy. Why exactly they?

1. The accident occurred due to the entry of seawater into the #6 rocket shaft. Did you know about this? Of course, they knew. During the control exit before the fateful campaign, none other than the flagship rocket of the division headquarters ordered to turn off the “Water in mine number XXUMX” alarm and organize the discharge into the dirty water tank of the 6 compartment. Moreover, according to Alexander Pokrovsky, this mine was already an emergency in 4! year, when his crew went to K-1979 in combat service.

2. What was the need to send a crew into the sea, who had just spent 3 exhausting months in autonomy and in dire need of rest? And everything is very simple - it was necessary to replace the SSBN with the missile armament in the combat service of the SSBN. So - a faulty ship is being changed ... for a faulty one too!

3. And most importantly - the crew was manned by assigned personnel according to the most modest calculations on 35%! But after all, "The course of combat training of missile nuclear submarines" unequivocally states: "With a change in staffing of more than 30%, the crew is taken out of the line." This means that such a crew is considered sky-rate and to restore primeity and must fully work out and hand over the division headquarters and its commander the coursework tasks in full (L-1, L-2, L-3).

And done guilty (just did!) Britanova.

Unexpected help came from ... the Americans: Peter Huchthausen and Robert Alan White, who co-wrote with Russian submariner Igor Kurdin, the book “Hostile Waters”, unprecedented in their kindness and honesty, the book Hostile Waters, the main heroes, helped restore the honor of a naval officer who sacrificed his career to save the crew. which became Igor Britanov, PKK CH "K-219" and its crew. In this book, they did not hide the shameful, piracy role of the American Augusta submarine in the death of the Soviet missile carrier.

... This is sad история has a rather unexpected continuation: the Russian submariner, captain of the 1 rank I. Britanov sued Hollywood for using facts from his life in the film without his consent and won it! The Dream Factory had to pay him a decent amount, the amount of which the captain modestly kept silent about.

And I would like to finish with a quote from the book “Hostile Waters”: “... after the reception (4 August 1998 of the year, the officer club of the US Naval Academy in Annapolis - author) one of those present broke through to the Russian commander, firmly shaking hands, said quietly : “I'm from the Augusta crew. I was then on her board. Accept my apologies ... "And before Britanov could answer, he quickly stepped aside, lost in the crowd ..."

PS As you can see, I practically did not cover the beginning of the accident, nor its development. Yes, it was not part of my task. I wanted to talk about the exploits of the Commander. Commander with a capital K. I hope I have succeeded in this to a small extent. And about the accident you can read on the Internet, a lot has been written about it. Only I beg you, do not read Vicki - when I read, I didn’t know whether to mate or laugh. Read better the book "Hostile Waters" or watch the documentary "K-219. Last Campaign" - both are on the Internet. But I did not dare to watch the film “Hostile Waters” - knowing how the “masters” from the hollywood show interpreted the historical truth (K-19 director Katherine Beglow bluntly told 1 captain Sergey Aprelev, in response to the remark, that it is not true that it does not happen on submarines: “I’m your truth to the bulb, I need a spectacle”), didn’t want to spoil the impression from the book.