The service will be in the army drug control 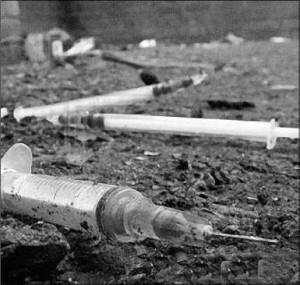 An entirely new structure is being created in the Armed Forces at the direction of Defense Minister Sergei Shoigu, which will be called upon to assess the mental state of personnel. The name of this structure is the Service for the Control of Potential Use of Drugs by Military Forces (SLEH). It will work on December 1, 2013, that is, from the beginning of the new school year in the army and on navy. This service will regularly check cadets, soldiers, warrant officers and officers for drug use, especially before they take up combat duty and outfits. And sometimes the checks will be sudden.


As the chief psychiatrist of the Ministry of Defense, Professor Vladislav Shamrey, told NG, the order for the creation of the service will be the order of the head of the military department, which will be signed soon, because "in fact, it has passed the discussion and due diligence." The document is posted on the Unified Portal of Information Disclosure of Regulatory Acts created in the government.

A source in the Main Military Medical Directorate (GVMU) told NG that the draft order of the Minister of Defense "On Urgent Measures to Counter Drug Use and Illicit Trafficking in the Armed Forces of the Russian Federation" was developed by the GVMU "in compliance with paragraph 5 of the meeting of the Defense Ministry Board meeting 31 July 2013, which was held in St. Petersburg. " At this event, Shoigu instructed that all servicemen, “from soldier to commander”, go through a study for possible use of drugs.

As follows from the draft order of the head of the military department, in the SKVUVN there will be no corresponding new staff posts yet. And its basis in each military unit will consist of working groups to combat drug abuse and illicit trafficking, which will be headed by officers - deputies (assistants) of the commander (chief) for work with personnel.

The need for such a procedure in the draft order is explained by the fact that "the number of offenses related to the use and illegal distribution of drugs continues to grow in the troops." It is emphasized that drug use is observed among all categories of personnel, "while the most unfavorable situation is noted among warrant officers (midshipmen) and cadets of military schools, where the number of people who have experience of drug use and drug trafficking reaches 20 and more percent." .

Such frank confessions for the media and the public are often rarely made by the military. This is an acute problem for the army. Data from the media and military investigative bodies indicate that the facts related to the use and distribution of drugs by the military have recently been recorded almost weekly. For example, according to data from Transbaikalian news agencies, at the military training ground in Kyakhta the other day, military counterintelligence and drug police officers identified 10 military personnel who had stored drugs. A conscription soldier has created a conscript soldier in the Altai Territory. His bride and parents were involved in this activity. In the Sverdlovsk region, in one of the former military units, employees of the Federal Service for the Control of Drug Trafficking discovered a laboratory for the production of synthetic potions. In Vladivostok, with a large batch of "synthetics", the captain, the platoon commander, was detained. In the Murmansk region, the castle platoon was convicted for treating hangover with heroin.

Representatives of SKVUVN will be obliged to conduct regular classes with officers and sergeants "on the issues of early detection of cases of drug use, as well as countering their illegal distribution." The same work is required to carry out military registration and enlistment offices and military-medical commission with draftees. Soldiers with signs of drug intoxication are ordered to be removed from service and immediately sent for medical examination. GVMU is prescribed to prepare methodological manuals for commanders on the prevention of additive disorders among military personnel (that is, personality disorders characterized by delusions, memory loss, hallucinations, etc.), and for military doctors - manuals for their early detection and prevention. GVMU is prescribed to equip medical units with equipment for rapid testing of military personnel for drugs. The document also requires strengthening individual work with military personnel, including strengthening control over their mental state.

The financial and economic rationale for the draft order of the Ministry of Defense states that the document "does not require additional expenses of the federal budget." Although at a meeting with journalists, the Chief of the Main Department of State Medical University, Major General of the Medical Service, Alexander Fisun, describing the problem, said that the creation of a viable system for identifying drug addicts in the army would require the purchase of expensive equipment and test systems. To the question whether these financial expenses are envisaged in the budget, the general responded evasively.

Ctrl Enter
Noticed oshЫbku Highlight text and press. Ctrl + Enter
We are
The Service will control the possible use of drugs by soldiersAzerbaijan hosted a military parade
28 comments
Information
Dear reader, to leave comments on the publication, you must to register.