They were killing children. The Vietnam War was the first bell to cast doubt on the "exclusivity" of the United States 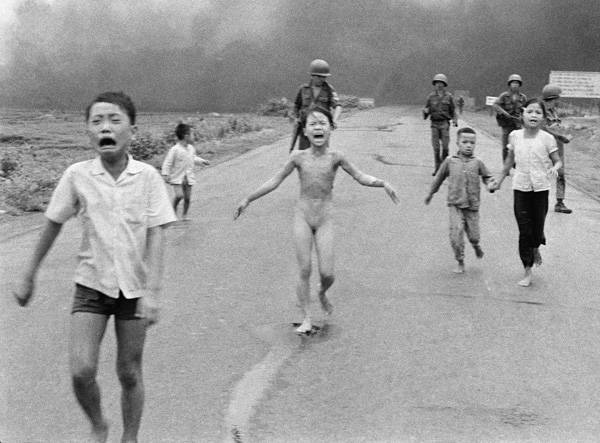 When the news of the demise of the legendary General Vo Nguyen Giap, one of the main authors of the defeat of the American troops during the Vietnam War 1968-1975, came from Vietnam, the press in the USA surprisingly complimented the national hero of this country. America, whose society turned out to be split as a result of a bloody war in faraway Southeast Asia, seems to have clearly realized that the Vietnamese epic was the first bell for their "superpower." The signal passed by the ears of politicians in Washington that the United States is exceptionally far from satisfactory, has since been a heavy burden on ordinary Americans.


Shamefully expelling the US Army from Saigon in April 1975, the Vietnamese Zhukov, as Vo was often called in the press, repeatedly said that "any force that wants to impose its will on other peoples will surely be defeated." However, the well-known thesis was long understood in its own way in Washington. The US tried to disprove this statement not only with the help of a half-million army in Vietnam, but also with carpet bombing of an Asian country, and when that turned out to be a little - with a massive dispersal of chemicals over the Vietnamese jungle.

For a long time the first stories US Congress hearing on the consequences of the use of the so-called "Agent Orange" by the American military - a mixture of herbicides and defoliants, millions of liters of which were poured from Iroquois helicopters over the territory of Vietnam during the war. Then, in the summer of 2010, the Vietnamese victims of this poison were invited to the Capitol, and the 23-year-old Vietnamese girl who was born without legs and one hand, who spoke at the hearings, became a good example that demonstrated to the elite lawmakers. According to Dr. Nguyen T. Fon, a doctor from Vietnam, out of three million Vietnamese victims of toxic chemicals, over one million people under the age of 18 have now become disabled, and 500 has thousands of birth defects. Despite the fact that the third generation of Vietnamese are already experiencing the effects of the use of dioxin "Agent Orange", the decision of the US Supreme Court five years ago in a lawsuit filed against manufacturing companies of the poison was not in their favor.

In America, there are about seven million people who fought in Vietnam

Recognizing the problem he had personally created under the weight of the facts, today Washington allocates several tens of millions of dollars a year to solve it. Even congressmen, among whom there are supporters of the idea of ​​a fair solution to the “orange inheritance,” admit that the amounts allocated are crumbs in comparison with the scale of the problem. Taking into account the damage to the environment and the number of victims, we should talk about billions of dollars, independent experts say. But neither the US government nor private companies are going to pay this money, citing the fact that "there is no internationally recognized scientific research about the direct connection between Agent Orange and the suffering of millions of people in Vietnam."

For participation in the Vietnamese conflict, the United States paid 738 billions of dollars in today's prices. But less than thirty years, as Washington got involved in the next military campaigns. According to an independent report called "The cost of major US wars," the occupation of Iraq, as well as the 12 campaign that lasted for years, in Afghanistan, the United States flew trillions of 147 billions of dollars. Today in America there are about seven million people who fought in Vietnam. Together with them next week - November 11 - Veterans Day in the United States will mark almost another 2 million American soldiers and officers who have passed through local wars of this century. How many Americans who have passed through the “hot spots” still believe in the exclusivity of their own country remains a great mystery.

Ctrl Enter
Noticed oshЫbku Highlight text and press. Ctrl + Enter
We are
Report on the results of the survey-2013 "Evaluation of state political figures"
37 comments
Information
Dear reader, to leave comments on the publication, you must to register.