Just three of our cruisers - in the Mediterranean 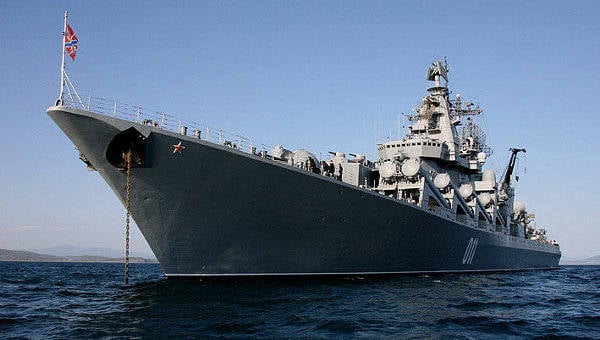 On Saturday, the flagship of the Pacific went to the Mediterranean Sea fleet missile cruiser Varyag. He will have to lead the combined group of ships, which are constantly on duty in this region.

Thus, today in this area of ​​the World Ocean the most serious forces of our fleet are concentrated lately.

About the possible reasons for such a concentration of Russian naval power in the Mediterranean - in the coming days.

Ctrl Enter
Noticed oshЫbku Highlight text and press. Ctrl + Enter
We are
The commander of the Northern Fleet congratulated the crew of TARKR "Peter the Great" on the anniversary of the ship
120 comments
Information
Dear reader, to leave comments on the publication, you must to register.