Photo and video of the fighting 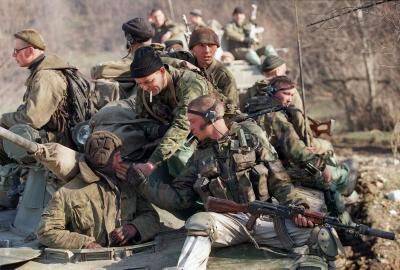 Today, many advertising agencies and publishing centers require people who are professionally involved in photography, and also know a lot about high-quality cameras. Publishing and publishing your photos online may also require knowledge and skills in functional graphic editors. All details about the world of modern photography and its processing can be found at hostingkartinok.com/foto/.
An important component for a professional photographer is not only the ability to “catch” a picture that is worthy of attention, but also to be able to capture a static scene in a static view with maximum preservation of informativeness. Such professional skills can be useful to military photojournalists, who, as a matter of duty, are often forced to be on the front line in order to capture the battle as seen by its direct participants - the soldiers. Such cadres are especially valued and acquired by leading military publications.
Professional photo and video filming of special operations episodes today is usually carried out by the special services themselves. To do this, they have special equipment that can be easily attached to equipment. We are talking about video cameras that allow you to capture the work of a special forces unit soldier who participates in a specific operation.
In the outfit of NATO troops cameras are mounted for several years in a row. This is not at all necessary to transmit information from the battlefield to the media, but to correct the actions of the fighter from the command post. If a soldier does something wrong, then commanders can correct his actions in time, which will lead to a positive result. How reliable such cameras are is a separate issue. They must be well protected from the effects of moisture and from a large mechanical load, because a fighter during a combat operation may force a water barrier or have it on the ground in an improvised shelter. In all these cases, the signal must not be interrupted. Engineers solve this problem in special design bureaus and laboratories, improving the quality of video cameras used by fighters in conducting battles in different territories.
Ctrl Enter
Noticed oshЫbku Highlight text and press. Ctrl + Enter
We are
Plant "Pella" through the eyes of the photographer Oleg KuleshovNew photos of the Chinese fighter Chengdu J-20