November 1 2013
146
540 thousand rubles per second advertising video dedicated to the so-called innogradu Russia - "Skolkovo". 540 thousand rubles! And the total amount spent on three clips with a total duration of 1 minute 40 seconds, amounted to 54 million rubles. This is the most expensive advertisement in modern Russian. stories. The average price of a minute of advertising time even for the largest global companies rarely exceeds 100 thousand dollars (about 3,3 million rubles). In other words, in less than a two-minute advertisement in Skolkovo about 50 millions were stolen! This is the scale! Here is this corrupt "horsepower"! 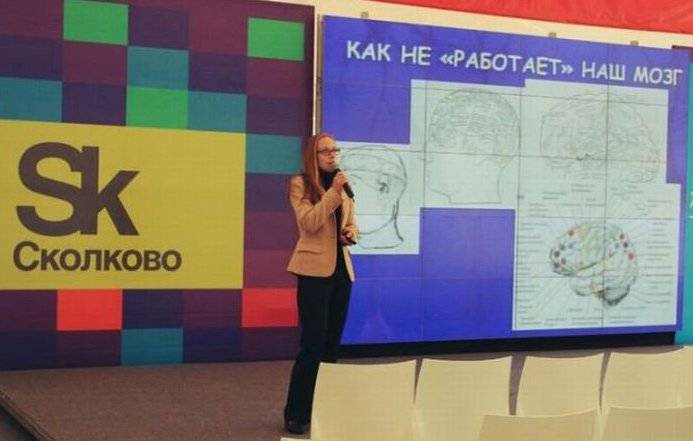 This is just one of those questions that the Prosecutor General’s Office addresses after checking the well-known (albeit far from a scientific point of view) “Russian Silicon Valley”. The report of the Prosecutor General’s Office of the Russian Federation on the results of the audit of the financial activities of Skolkovo is literally replete with information about misuse of funds, use of the services of companies whose prices exceed all conceivable and inconceivable limits, about spending bypassing the bans of focal points.

One of the points: the use of grants received exclusively "Skolkovo". The fact is that about 22-x billion rubles, not so long ago received for the implementation of scientific research, were unexpectedly placed on bank deposits. It can be assumed that the fund lacked a certain amount to start a large project, and therefore it was decided to “accumulate” this (missing) amount through financial organizations. However, such an explanation seems untenable, since the placement was very strange: the billions were placed on deposits whose interest rates were minimal. What for? So banks are affiliated. They raised capital at the expense of state funds. And there were cases established by the Prosecutor General’s Office when the money was lent (without interest at all) to certain strange companies whose owners and co-owners were persons at the top of the “innograd” management. So maybe this was the scientific experiment of specialists from Skolkovo, in which it was necessary to study in detail the program called “How is the ... public funds?” - sorry for the expression used.

According to the Vedomosti newspaper, in September 2011, a grant through Skolkovo was received by UC Rusal ITC, one of whose co-owners is Viktor Vekselberg, President of Innograd. People who participated in the allocation of these funds are now inclined to declare that “bezrybe and cancer is a fish”: they say, no one went to Skolkovo then, but the company in which a considerable share of shares belongs to Vekselberg went, that is It turns out that ITC UC Rusal even supported the developing Skolkovo ... That’s how it turned out that everything was in fact ... A sort of vital affiliation is just a new word in economics ...

Employees of the General Prosecutor's Office found that four more grants totaling 1 billion. 200 million rubles were allocated (except for impudence and unprincipledness) without a negative verdict of the Skolkovo subdivision! In other words, some companies declared that they want to receive a grant for certain types of activities, a commission has gathered, discussed the prospects of such types of activities and these firms themselves. The commission came to the conclusion that it was impossible to give money, but ... the money was still given. Like, we saw your commission together with the relevant departments and their principles ...

But if in some specialized divisions someone else tried to follow the principle, in others - everything was arranged differently. So, about 3,6 billion rubles in the form of grants were received by companies to which the most directly related were those who in the core units of Skolkovo and "met." More than one and a half billion rubles went to a company that did not even apply for participation in a cooperation project with Skolkovo. That is, the money was given to the “uncle”, which, judging by the reports, no one had ever seen before, and who simply passed by, hardly imagining what it all was like for Skolkovo ... I passed by, and then - get a grant ! You can not even sign the receipt ...

What it is: negligence, carelessness, or top spitting on the people's and state interests - such corruption rudeness, which is raised to a degree.

It is noteworthy that even before the recent report on the activities of Skolkovo, the work of this organization more than once came into the view of the controlling state structures. The specialized units of Skolkovo, on the basis of one of the prescriptions, were obliged to conduct a total control over the spending of the allocated funds as soon as possible. New Prosecutor General's Office again plunges into shock. It turned out that for all the work of Skolkovo, in fact, the targeted use of funds was checked a little more than half a percent from all those “desks” and “offices” with which “innograd” cooperates. That is, the spending of 99,5% of funds allocated from the state budget - nobody at all was going to control from the funds of millions of Russian taxpayers ...

During the “titanic” work of the fund, it took more than half a billion rubles to pay for consulting services alone. Well, where else can you find such "expensive" consultants, if not in Skolkovo?

The Prosecutor General's Office cites data that “innogradu” allocated about 50 billion rubles without any documents about the need for budgetary control and even without stating what targets should be taken ... It turns out that the money was given under the “honest noble” word.

Receiving money from the state budget, Skolkovo did not agree on the rules for conducting scientific and educational activities. The rules for the use of allocated land did not come into force. Employees of the Prosecutor General’s Office came to the conclusion that in the “Innograd” there is no documentation permitting construction on these lands, as there are no documents on the right to immovable property. That is, if you wish, a raider seizure of Skolkovo’s territory itself, as well as of all the facilities built here, can be carried out by anyone and anytime, and, most surprisingly, that this is entirely possible, because there are no documents - no rights ...

And they also found affiliated companies that, under the auspices of Skolkovo, were entitled to preferential taxation, while at the same time doing their business exclusively, which are incredibly far from scientific breakthroughs. Found gross violations in budgeting, in the allocation of funding. Tens of billions of rubles went to an unknown destination just a few kilometers from the Moscow Ring Road.

On the basis of the collected materials, the Prosecutor General’s Office issues a submission to Viktor Vekselberg (president of the foundation) in which he demands to compensate for the damage caused to the state, fill in the gaps in the work of the “innograd” and bring the perpetrators to disciplinary responsibility. In addition, the two vice-presidents of Skolkovo were reprimanded for quoting: “inadequate organizational leadership.”

Questions: why only to disciplinary responsibility, and why only reprimands? Billions flowed to the left, and here, you understand, reprimands ... And where are the criminal cases, or doesn’t terry theft of the people's money for them? Or it turns out that there was no theft, and all the money is working for the good of the country and each of its citizens?

Surprisingly, against the background of a grandiose scandal associated with the disclosure of massive violations in Skolkovo, the government extends the funding of the fund to 2020 year. The amount is impressive - 135,6 billion rubles. That is where the previous hundred billions went, no one can explain, but for some reason it took to allocate more and more ... Some kind of budget masochism - no other way.

In this regard, representatives of the General Prosecutor's Office say the threat of misuse of budgetary funds in the future. Well, the threat is really obvious, as obvious and the threat that many of the people responsible for the Skolkovo project will come out of the water after the violations revealed, explaining all the spending by “non-standard approaches” in the “innovative economy”.

Ctrl Enter
Noticed oshЫbku Highlight text and press. Ctrl + Enter
We are
World MIC - who is in the topResults of the week. "And if we do not wipe at our William, Shakespeare ?!"
146 comments
Information
Dear reader, to leave comments on the publication, you must to register.