"I was shot point blank"

October 31 2013
67
He accomplished his feat in 2009 in the North Caucasus. It was the fifth mission of the 24-year-old fighter of the Belgorod OMON riot Vyacheslav Vorobyov.


He opened fire, saving the lives of his colleagues, under the aiming shelling of the sniper, he corrected the attack on his walkie-talkie. He received 16 gunshot wounds, but saved his unit.

The decree awarding Vyacheslav Vorobyev the title of Hero of Russia was signed in March 2009. Golden Star 25-year-old fighter of the Belgorod riot police The Minister of Internal Affairs of Russia was awarded directly to the hospital ward.

- If only the Lord gave him the will and he rose to his feet, - says the hero's mother Larisa Maratovna. “This is not the person who gives up ...” 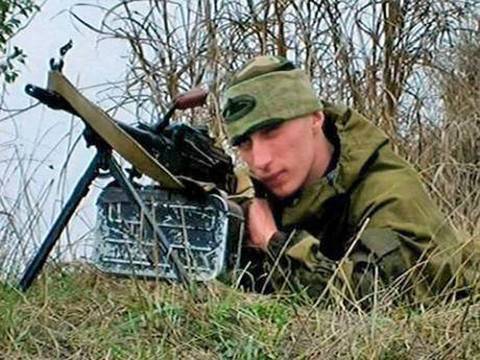 He accomplished his feat in 2009 in the North Caucasus. It was the fifth mission of the 24-year-old fighter of the Belgorod OMON riot Vyacheslav Vorobyov. There was a check of one of the addresses in Nazran. Sergeant Vorobev was supposed to penetrate the territory of the household and ensure the passage of the assault group. Once in the courtyard of the house, Vyacheslav saw the militants preparing for battle. Sparrow made the decision to open fire, thereby causing the gangsters to return fire.

- The fact is that if he had not caused the fire on himself, this fire would have fallen upon us. And the whole group would be destroyed. Because they were waiting for us, - explains one of the participants of those events.
For nearly forty minutes, Vyacheslav was left alone with six gangsters, who did not allow special forces to rush inside with hurricane fire. The armored personnel carrier, which was supposed to cover the actions of the fighters, broke down the gate, entered the courtyard of the household, but was shot down. He rolled back and the path to the approach was cut off. At this point, Sparrow contacted and began to adjust the fire, reporting on all movements of the militants.

- When both hands were shot, I could no longer hold the machine gun. Moved to a short trunk. With his left hand and. Subsequently, he fell. I just had enough strength only to get off the radio, - says Hero of Russia Vyacheslav Vorobyov.
From the second floor the sergeant was shot by a sniper, and he was fighting on the radio. Realizing that they have nowhere to go, the militants blew themselves up and the house.

- Two minutes before that, they had bypassed me, respectively, unarmed and at close range, were shot. Then there was an explosion, I was covered with bricks, Vyacheslav continues to recall.

In the basement of the exploded house will find more than a ton of explosives. Glory of this has not seen. He was unconscious, first taken to the hospital in Vladikavkaz, then transported to Moscow. He spent over a month in intensive care. And when he went to the amendment, he learned that he was awarded a Hero Star by his decree of the President of Russia.

Home, in Belgorod, the policeman returned only a year later. And, as promised before the trip, the first thing he married.

- Now paramount - get well. Recover completely. Then, of course - the children. A lot of children - says wife Tatyana.

Moreover, now there is, where to live as a big family. In his native Belgorod, the Hero of Russia was given the keys to a three-room apartment. On the day of birth they gave a car. But most importantly, his friends do not forget. They try to do everything so that Glory does not close in itself and within the four walls.

Vyacheslav Vorobyov is still a fighter of the special purpose police unit. Everyone here is waiting for him to return to work. In his locker and now there is a uniform in which Glory is removed from under the rubble. In it - the traces of bullets. Doctors counted on the body of Glory 16 bullet wounds.

Every day from the moment of injury, Vyacheslav begins with a small feat. First, in the hospital, he forced himself to just be. Then sit in the wheelchair. Now step by step teaches yourself to walk. It is necessary to be engaged on artificial legs for an hour a day. Glory from the simulator almost does not peel off. He is so stubborn in life.

Doctors do not give Vorobyov 100-percent guarantee that Glory will go. But there is hope, and therefore he does not give up. Every day he gets up on a simulator and continues to take these barely noticeable steps to victory.