M. Khazin, "On the role of Nazarbayev at the present stage" 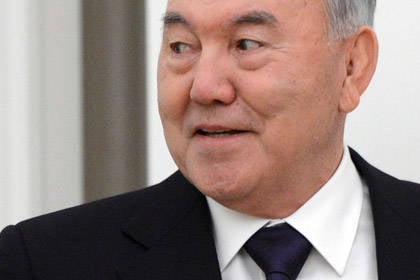 The recent summit of the EurAsEC in Minsk and the statement by the President of Kazakhstan N.Nazarbayev on the issue of joining the Customs Union of Turkey caused serious discussions. All the supporters of the CU were happily talking about a big breakthrough in the development of the organization (which is true), recalled the recent decision of Armenia to join the CU (and here we must remember that in fact Armenia is not so much an economy as an extremely influential diaspora, which, of course, This decision supports) about the prospects that open up in this case. But there are other aspects that are worth mentioning.

Paphos Nazarbayeva was significantly deeper than the simple message that Turkey had moved from secretly probing the possibility of its participation in the CU to open conversations on this topic. Actually, I already wrote a lot, why it is almost inevitable. In fact, the head of one of the CU member states and, importantly, the only one of these participants - the leaders of the USSR (Naazarbayev was a member of the Politburo of the CPSU Central Committee and a candidate for chairman of the USSR Council of Ministers), said much more and his speech is strategically important for the future of the whole Eurasian space.

Just in case, I will bring the most brief informational message about this speech: “The Turkish President asked me to join our Customs Union. Let's accept Turkey,” Nazarbayev said in Minsk at a meeting of the Supreme Eurasian Economic Council. According to him, being abroad, he is often addressed with the question that "we are creating the USSR or something under Russia." “Maybe Turkey will accept a big country, and the conversation will end,” Nazarbayev suggested to the presidents of Russia and Belarus.

This is a very important question. The fact is that the objective integration processes in the Eurasian space are inevitably one way or another formatted by specific people. And today at least three main directions of this formatting have been formed. The first is pure opposition to the integration process. He is being organized by the “liberal lobby” in our country - including Shuvalov and Khristenko, who formally lead the integration process. However, today it is too primitive option, which can not lead to success.

The second direction is an attempt to translate integration processes into a purely imperial track. That is, to behave as if we are talking about the restoration of the USSR. Note that for purely objective, economic reasons, this process cannot be completed successfully - we do not have enough people to create a self-sufficient economic cluster in the territories of the former USSR. But ideologically there are so many people for whom such a plan is extremely pleasant and they support it. Especially considering the “right” pressure applied to them. Not everyone is able to resist if they are told every day: “You will enter history of mankind as the restorer of the great empire! ”Here you will involuntarily begin to negatively relate to sources that claim that this is impossible.

And the third direction, which differs from the first two in that it is built not on old, exhausted, but on new ideas. This is the creation of a Eurasian currency zone, on the territory far exceeding the USSR and being one of the centers of power of the post-crisis world. The creation of such a zone requires tremendous efforts, first of all - intellectual ones, and the result will most likely be quite unexpected, since there hasn’t been any analogues of this work so far. More precisely, it was not in the foreseeable future.

As an example of such a “other reality” one can cite the description of the “Mongol-Tatar yoke” in modern history. It is fundamentally different from many historians, who at the same time manage to rely on the same facts, and this is due not only to the fact that most of them are trying to cram these facts into predetermined ideological stereotypes. Rather, the fact is that the reality that emerged in Eurasia after the creation of the empire of Genghis Khan was fundamentally different from the description of reality and geopolitics to which we are accustomed. We simply cannot describe in modern terms the system of relations that was in this state. By the way, Andrei Devyatov writes a lot about this.

I do not think that Nazarbayev exactly sees this potential new reality. But his colossal political experience gives him confidence that the first two of the directions described above cannot lead to success, but he sees the potential of the third way. And the fact that he said this openly suggests that the time has come to make an informed choice. It is clear that it is impossible to convince of something liberal “Hebrew” in Russia - it has already made a choice for itself long ago that the Sun rises in Washington, even more precisely, above the IMF building. And he will implement the first and second variants of potential development of events - and fulfilling the instructions of his curators from overseas, and following his own ideas about the “correct” development of events. In the end, not all liberals in Russia are idiots - and they are well aware that the creation of the Eurasian currency zone does not leave for them the place to which they are accustomed and which they consider deserved.

In the world in general, and in particular in our country, the political struggle for survival begins. It has no place for such categories as democracy, minority rights, or, say, humanity. Only one party will win, all the rest will go to the dustbin of history. I have considerations who will win, and certainly not liberals (in connection with which I have no opportunity to get lists of recipients of liberal goods, like a place in the current government, grants from Western organizations or, say, the Nobel Prize), but the problem is that the longer the liberals are in power in our country, the less time there will be for constructive actions, the more stringent they will be. And for this reason, the main task of any patriot today is the struggle against that liberal Hevra, which determines the policy of our state. And the words of Nazarbayev can be considered a starting point from which this struggle becomes open and obvious.

Ctrl Enter
Noticed oshЫbku Highlight text and press. Ctrl + Enter
We are
Andrei Epifantsev: Strategic Alliance of Armenia and Russia in QuestionWhat you didn't want to know about England
68 comments
Information
Dear reader, to leave comments on the publication, you must to register.