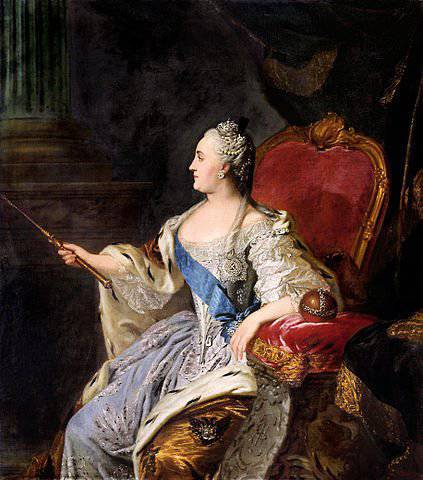 During the reign of Catherine II, vast regions — the Northern Black Sea Coast, the Azov Sea Region, the Crimean Peninsula, Right-Bank Ukraine, the land between the Dniester and the Bug, Belarus, Courland, and Lithuania — became part of the empire. Part of the domestic policy of the Russian government was measures to settle low-inhabited territories. October 25 1762 of the Year Ekaterina Alekseevna issued a manifesto "On allowing foreigners to settle in Russia and the free return of the Russian people who fled abroad." The manifesto from 22 July 1763 was a continuation of this document. “On permission for all foreigners entering Russia to settle in various provinces of their choice, their rights and benefits.”


Ekaterina Alekseevna substantiated the manifesto with her maternal (“mother”) care and works about peace and prosperity of the Russian Empire entrusted to her by the god, as well as concerns about the multiplication of this monastery. The Empress also noted that many foreigners, as well as her former citizens who were outside of Russia, were asking for permission to settle in the empire. Catherine graciously allowed the resettlement of foreigners of all nations (except Jews), and also gave permission to return to compatriots who for some reason left Russia. Foreigners should first of all settle down in the less-populated regions of Russia, including the Black Sea region and Ukraine, which were greatly deserted in previous centuries (the predatory raids of the Crimean Tatars played a large role in this).

Catherine took all measures to learn about the manifesto in Western Europe. The manifesto was printed in Russian, French, German and English in hundreds of copies, and they were sent to Russian diplomatic agents operating abroad. Agents were to get the document published in local newspapers. It is clear that in order to attract people (after all, they had to give up their usual life and go no where else to the “barbarous” and sparsely populated areas of the Northern Empire), additional incentives were needed. A year later, the following documents were developed and published: “Manifesto on advance payments and privileges granted to foreign migrants” and “Decree on the establishment of the Office of the Guardianship of Foreign Migrants”. Thus, the affairs of the immigrants had to deal with a special institution. Migrants received various privileges.

The favorite of the Empress, Adjutant General and Count Grigory Orlov, was appointed President of the Office of Foreign Trusteeship. Later, Saratov established the Saratov office of foreign settlers (it operated from 1766 to 1877 a year). In its activities, the Office submitted directly to the Office of the Guardianship of Foreign located in St. Petersburg. The office received the task of managing the settlers until they became so familiar with Russia that it would be possible to extend the forms of management historically established in the empire to them.

Future colonists, if they did not have the means to travel, had to turn to Russian diplomatic workers and their representatives, who were obliged to ensure the relocation of immigrants and provide them with money for travel expenses. Immigrants received personal freedom, the right to choose a place of settlement, exemption from all taxes for a fairly decent time (in cities for five years, in rural areas - up to thirty years), provided interest-free loans for ten years for housing, household, for reimbursement of expenses relocation, purchase of food before the first harvest, livestock, agricultural implements or tools for artisans. The immigrants who created their production, were allowed to trade and even export goods abroad duty free. New citizens received the right to freedom of religion and the ability to build their own religious buildings, as well as the right to their own local governments in compact places, created without interference from government officials. They retained the possibility of unhindered departure from the Russian Empire. Moreover, immigrants were exempted from military service (recruitment). As a result, the new citizens of Russia received such benefits and benefits as Russians and other native inhabitants of the empire did not have. Solid benefits, with a minimum of responsibilities. Given the overpopulation and serious restrictions on the territory of the German states, many settlers have greatly benefited from starting a new life.

After this, the process of settling in the less-inhabited regions of Russia began at a rather rapid pace. Recruitment and shipment of colonists to Russia was carried out by both official commissars and private entrepreneurs (“summoners”), who entered into an agreement directly with the Office of Trusteeship. Between 1763 and 1766 About 30 thousand people were sent to the Russian empire, about half of them were able to persuade and send the callers to Russia. The colonists were placed in St. Petersburg and in the suburbs of the capital, in Oranienbaum. Here they lived on average 1-2 of the month. Immigrants were introduced to Russian traditions and laws. In particular, the colonists retained freedom of religion, but they were forbidden, under the fear of the full severity of the law, to conduct missionary activity. After acquaintance with the Russian laws, the colonists took the oath of allegiance to the Russian sovereign and went to the place of settlement. Transportation was usually carried out by river transport. Most of the German settlers were sent to develop the Volga region. In 1765, there were 12 colonies on the Volga, in 1766, in 21, in 1767, in 67, in 1769, in 105.

The government rather rigidly established for the German colonists in the Volga region the main task - the development of agriculture. German settlers coped with this task in general. They produced mainly rye, and also grew potatoes, increased the crops of flax, hemp, tobacco and other crops. Already in the XIX century, the colonist industry was developed. In the Volga region flour production, the oil-making industry, the manufacture of agricultural labor tools, the production of wool and linen developed. There was also a leather industry, weaving developed.

The government of Catherine II dealt with the problems of settlement and other parts of the empire. So, the agrarian-colonization policy of St. Petersburg in relation to Siberia has acquired a structural, systemic character. Catherine II, with the help of the decree, "beat up" the runaway Old Believers to Siberia In Altai, a community of Bukhtarma’s Belovodists, “masons”, fugitives, who were hiding in the Altai mountain gorges, was legalized. At the same time, the practice of increasing the Siberian population at the expense of administrative and criminal exiles (“settlers”) continued.

At the same time, the government took measures to settle the Black Sea region. During the Russian-Turkish war 1768 — 1774. Catherine issued a decree calling for Christians, who were under the yoke of the Ottoman Empire, to enter the Russian service, promising reward. Residents of the islands of the Aegean Sea, Greece, Macedonia, Serbia, and partly of the Crimea responded to the call. Of them formed the so-called. "Greek army" - 8 battalions (about 5 thousand people). In 1774, the volunteers decided not to return to their homeland and asked the empress, through Count A. Orlov, under whose authority they served, the rights of settlement in Russia. 28 March 1775 was issued a rescript allowing soldiers who served in Russia and their families to settle in the empire. The place for their residence was the Azov province with Taganrog, the city of Kerch and Yenikale.

This decree had a decisive influence on the decision about the exodus of the Greeks from the Crimea. Christians in the Crimea were severely persecuted by the Tatars. The Greeks were looked upon as unreliable subjects, the most persistent Christians were killed, the weak were converted to Islam. Christians were limited in their rights, could not be in the public service, they were kept almost in the position of slaves. The Crimean Greeks, aware of the resettlement of their fellow tribesmen and representatives of other ethnic groups to the south of Russia, about the privileges that the settlers received, about what heights some foreigners in the economy and in public service also sought to move into the empire. Metropolitan Ignatius of Goths and Kafsky conducted a series of secret talks with Prince Potemkin and the commander of the Russian troops in the Crimea, Prince Prozorovsky. As a result, the metropolitan petitioned the empress to transfer the Christians to Russian citizenship and to withdraw to them a sufficient amount of land for their settlements.

The negotiations were successful, since Petersburg was interested in settling Novorossia and further weakening the Crimean Khanate. Christians of the Crimea - about 8% of the population of the peninsula, mostly Greeks and Armenians, gave the bulk of the income of the Khan's treasury. With the departure of the Christians, the Khan fell into great material dependence on the Russian government. 21 April 1778, Metropolitan Ignatius announced the relocation to Russia. Khan Shahin-Girey went berserk, but could not prevent this decision. In addition, the Tatar dignitaries bribed, giving them expensive gifts and significant sums of money. In total more than 18 thousand people moved. The settlers were settled in the Mariupol district of the Azov province. They received unique benefits and privileges. They were given 1,2 million dessiatinas of land. Each man received about 33 hectares (30 tithes), that is, the average family received up to 100 hectares of black soil. The first years to migrants, despite the benefits, it was hard to settle in new places. The situation was aggravated by a drought that destroyed the entire crop. But by the end of the century they were well settled. The community has grown significantly in number. The source of their well-being was farming and cattle breeding (mainly sheep breeding).

In 1783, the Crimean Peninsula fully entered the Russian Empire and began to invite colonists there: Russians, Germans, Bulgarians, Armenians, Greeks, etc. Each family received land and was exempted from taxes for a certain period. Greek immigrants generally showed no desire to return to the Crimea.

Ctrl Enter
Noticed oshЫbku Highlight text and press. Ctrl + Enter
We are
On the "golden age" of Catherine IIRussian Germans: at the behest of Catherine the Great ...
57 comments
Information
Dear reader, to leave comments on the publication, you must to register.