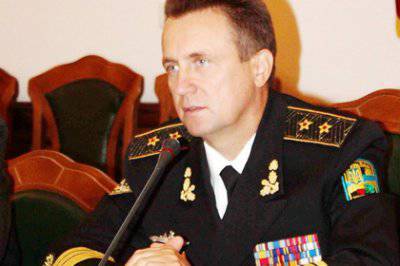 
This step was the result of searches conducted by the SBU at the end of September in the offices of the top officials of the General Staff, which has not happened in all the years of the existence of the Ukrainian Armed Forces. The list of generals who came under the SBU’s scope included chiefs who did not have special authority in the distribution of financial flows, but who were responsible for the course of combat training and the state of combat readiness of the army and fleet. According to information from the General Staff, searches in the offices of high-ranking military personnel revealed copies of classified documents. Such a situation requires the start of criminal proceedings on the fact of disclosure of state secrets in order to find out for whom and for what purpose these military personnel collected secret information.

According to the source, Lieutenant-General Yuri Dumansky, Deputy Chief of the General Staff, and Lieutenant-General Valery Askarov, head of the Main Directorate of Defense and Mobilization Planning of the General Staff, will soon be denied access to the state secret. Accordingly, they will not be able to hold office and will be dismissed or transferred to positions that do not require admission to state secrets.

Ctrl Enter
Noticed oshЫbku Highlight text and press. Ctrl + Enter
We are
The action “Military service under the contract is your choice!” In Rostov-on-Don: future contract servicemen, exhibitions and “Russian Knights”Reports from Strelkov Igor Ivanovich 29-30 July 2014 of the year
20 comments
Information
Dear reader, to leave comments on the publication, you must to register.