Why do Russian-speaking citizens of Kazakhstan seek to change a blue passport to a red one? 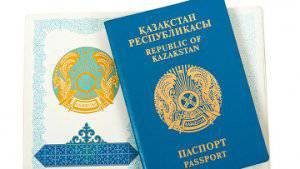 
What motivates Kazakhstani Russians who leave their homes? And why are many of them coming back? As the Federal Migration Service of the Russian Federation states, Kazakhstan ranks second among the countries from where compatriots go to Russia as part of the state resettlement program.

As the Deputy Minister of Regional Development of the Russian Federation Svetlana Ivanova announced earlier this month, according to the state program to assist the voluntary resettlement of compatriots living abroad, during the period from 2007 to 2012, 125 thousand people moved to Russia. In 2013, after the program became indefinite, 20 of thousands of citizens returned to their ethnic homeland. According to the vice-minister, the state program turned out to be the most popular among compatriots living in Kazakhstan (about 30% come from there), Kyrgyzstan, Uzbekistan (20%), Armenia and Ukraine (10%).

However, the information voiced by Ms. Ivanova does not quite fit in with the data of the FMS of the Russian Federation. As the head of the department for organizing work with compatriots of the FMS Vitaly Yakovlev noted last week, approximately 22 thousands of people returned to Russia this year, another 55 thousand expressed a similar desire. But the most important thing is that, according to the FMS version, Uzbekistan is in the first place and only then comes Kazakhstan. Following Ukraine and Moldova are located.

However, all these figures are not even close to the UN information. According to the organization’s September report, Russia-Ukraine (3,5 million people), Ukraine-Russia (2,9 million), and Kazakhstan-Russia (2,5 million) are among the most popular “migration routes” in the world. For the Republic of Kazakhstan with a population of 17 million people is a crazy figure, which is difficult to accept. Especially considering the fact that the Russian Federation still cannot reach the level in 300 of thousands of repatriates whom they promised to accept at the start of the program. It is possible that there was a typo, an error or the reason for the wrong translation ... It is possible that “migration” in this case meant trips to study, business trips, etc. Unfortunately, we could not find out. We did not receive a response to our request sent to the UN office in Almaty.

Anyway, but Kazakhstan has really succeeded in migratory affairs. According to the results of the 2012 study of the year conducted by the American Pew Research Center, we took the 11-place in the list of countries - suppliers of migrants. Thus, over the past 20 years (1991-2010) 4 million 150 thousand people left Kazakhstan, including 2 million 130 thousand people (51%) - Muslims, 560 thousand (14%) - Christian, and about 10 thousand (less than one percent) - the Jews.

And finally, let us turn to the figures, called our state bodies. According to the Statistics Agency of Kazakhstan, in the first six months of 2013, 12 902 people emigrated from Kazakhstan. The share of Russians was 71%. Over the past year, more than 21 thousands of people from the Russian population dropped out of the country, of whom 20 thousands went to Russia.

Who and why runs from Kazakhstan?

According to Kazakhstani sociologists, people leave not only for traditional reasons: dissatisfaction with the standard of living, difficulties with employment and housing, lack of social guarantees and prospects, family reunion, etc. There are purely specific reasons for Kazakhstan. Thus, according to Madina Nurgaliyeva, head of the department of sociopolitical research at KISS, when it comes to ethnic Russian citizens of Kazakhstan who are moving to Russia for permanent residence, arguments such as discrimination based on ethnicity and language are often added. Although in reality they are not so weighty to become a reason for moving to another country.

For example, many experts believe that the language factor is artificially injected. In the framework of the expert survey, the materials of which were published in the previous issue of the CAM, they agreed that the Russian language will remain in Kazakhstan for a long time as a bridge to the big world. “Nothing threatens his status, no matter what anyone says. There is more than enough Russian in the country, ”then political analyst Serik Belgibay explained. “For anyone in Kazakhstan, this is inalienable: like the mountains of Alatau or a sharply continental climate,” said Talgat Kasenov, chairman of the NGO “Almaly zhastary”. “It is impossible to oust. This is one of the six world languages ​​spoken by more than two hundred million people, ”Erkin Baydarov, a leading researcher at the Institute of Oriental Studies of the MES RK, recalled.

Experts and the ethnic factor consider the “bloated” too much - after all, the Russians continue to be the second largest national group in the republic after the Kazakhs. Both ethnos bind a long period of living together on the same territory, the total историяcultural and spiritual values. According to experts, this is the key to peaceful coexistence and friendly relations between them.

Fears and delusions arise largely due to the short-sighted policy of official state structures that are trying to place the main blame on Kazakh nationalists, although the problem lies in them themselves, states Tolganai Umbetaliyeva, director of the Central Asian Foundation for the Development of Democracy. The outflow of the Russian population, in her opinion, is mainly due to two reasons: “Firstly, this is the lack of prospects. They do not see here a future for themselves and their children, since the system built in Kazakhstan leaves no hope for this, and especially for the possibility of self-realization. Secondly, the situation in the country in recent years has been unstable, both in the economic and political spheres. The mechanisms for ensuring social justice are incapable, the institutions of legal protection do not work. ”

But still, the main reason, according to Serik Belgibaya, is the desire of Russians to live among their own, in their familiar cultural environment. “It has been more than 20 years since the creation of the Republic of Kazakhstan, but they still did not adapt to new cultural and demographic realities. They almost always choose an isolation strategy, live in their own world. Moreover, this trend continues and even increases. It has long been uncommon that commercial companies are almost entirely composed of representatives of Slavic ethnic groups. But you can't live like that for long. The shape of Kazakhstan is changing. Kazakh speech is increasingly heard on the streets, the number of Kazakhs is increasing, and this is another reason for the discomfort for the Russian population. Habitual environment is changing. It becomes Asian, Muslim. For all the 20 years of the new country’s existence, practically nothing has been done to resolve this situation, except for spells on stability and interethnic world, ”the political scientist said in an interview with Radiopoint.

In the current situation, Kazakhstan is unable to stop the Russians. The process of their emigration, I am sure Serik Belgibay, will occur constantly, but only at different rates - quickly, as in 1990, or slowly, as in the middle of the “zero” ones. Moreover, the expert predicts, the appearance of the Russian population of Kazakhstan will change, not only quantitatively but also qualitatively. “Today, many Russians send their children to study in Russia - of course, with the prospect that they will stay there. Young, active, rich, educated people are leaving. So gradually, the average indicator of the Russian population in terms of education, income will decline, and in terms of age it will grow, the political scientist argues.

However, in the ethnic homeland of the Kazakhs, Russians are also not welcome with open arms. Compatriots who have arrived informally find themselves in the status of “strangers among their own”, and there are a lot of reasons for this, one of which is hostility from the local population. As a rule, people who have moved to Russia under the program of assisting voluntary resettlement are sent to the most depressed regions of the country, the level and quality of life in which do not always correspond to their needs and expectations. In addition, they are everywhere faced with bureaucratic and economic obstacles. And the unregulated issues of registration at the place of residence and obtaining Russian citizenship creates obstacles for them at all stages: in finding a job, studying, getting a lift, benefits, buying a home.

As an employee of the Center for Migration Studies, Elena Kirillova, notes in one of her analytical notes, compatriots were promised housing with the relevant documents, but only 10% of the displaced people received it. “Almost all respondents who participated in our survey lived either in dormitories or in semi-abandoned and collapsed shacks (barracks, barns, carriages), which had long been overdue. Few were lucky enough to get apartments in houses built by the Federal Migration Service specifically for internally displaced persons. But this housing is temporary and fragile. However, the problem was not only in the absence of normal housing, but also in the fact that even if the housing was provided to the displaced people, it was not allowed to be settled for themselves, ”Kirillov states.

According to the expert, Russia is a bit late with this program. Those who wanted to move to Russia for permanent residence left, and the majority of those who remained were adapted. And the situation in the CIS countries has changed. “Many of them are developing faster than Russia, skilled workers are in demand everywhere. Now the Russians from the former Soviet republics are not eager to give up an established life and indulge in the unknown. First, the size of the “lifting” does not pay back the huge costs of resettlement, and secondly, the big problems with housing. And the one who assumes the relocation no longer acts rashly - at first he comes to reconnoiter. And what he saw in Russia is not encouraging. Therefore, many migrants today prefer the tactics of temporary visits to work, rather than permanent residence, ”notes Elena Kirillova.

The solution of all these problems is sometimes delayed for years and becomes the main reason for the return of the Russians back to Kazakhstan.

Ctrl Enter
Noticed oshЫbku Highlight text and press. Ctrl + Enter
We are
Kazakhstan: ukro-maydannaya rotWhy not all Russians will leave Kazakhstan?
422 comments
Information
Dear reader, to leave comments on the publication, you must to register.