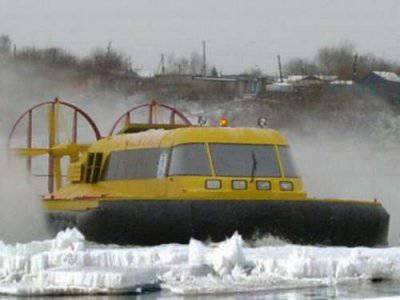 China during the international exhibition of high-tech equipment and weapons "VTTV-Omsk-2013", held in early October, ordered three amphibious all-terrain vehicles on an Arktika airbag, six more air-speed boats were included in the option under the contract.


The purchase was probably carried out within the framework of strengthening the amphibious capabilities of the Navy of the People’s Liberation Army of China.

As suggested by the blog of the Center for Analysis of Strategies and Technologies, we are probably talking about the amphibious all-terrain vehicle hovercraft "Arctic 3КK" developed by JSC "Commercial and Industrial Center" SibVPKneftegaz.

Ctrl Enter
Noticed oshЫbku Highlight text and press. Ctrl + Enter
We are
Innovation Day of the Southern Military District: Pictures from the ExhibitionThe action “Military service under the contract is your choice!” In Rostov-on-Don: future contract servicemen, exhibitions and “Russian Knights”
40 comments
Information
Dear reader, to leave comments on the publication, you must to register.