Eurasian Union: made in China?

October 17 2013
73
The press has become fashionable to compare China and Russia - not in favor of the latter. They say that a naive Russia is doing everything so that tricky China will become even more cunning and stronger. BRICS, they say, is China; the other four states are the carpet for the royal exit of the Middle Kingdom. Even the creator of the former acronym "BRIC" Mr. O'Neill - and he recently told the public that only one letter remained of the entire acronym. Which one? Of course, "K". And who was the star of the APEC summit? Of course, Xi Jinping. In the Shanghai Cooperation Organization, Russia does not set the tone either. Well, there are still plans for the Eurasian Union, you will say. Nesto the Chinese, and then - in the forefront? But what about? It is already stated that this union is indestructible - something like the permissible part of the Chinese project, in which Russia is given a small corner. 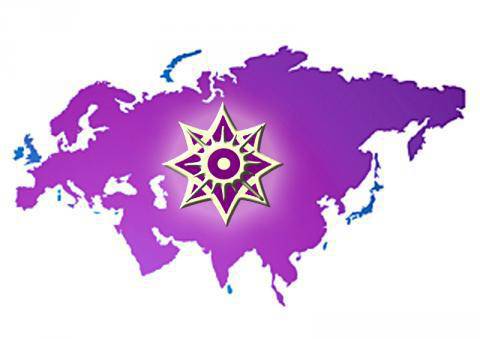 Chinese people don't like to advertise their expansion. It is one thing when they talk about Beijing, another thing when they talk about international organizations or blocks. SCO is there, or BRICS. But anyway, Russia looks rather pale on the Chinese geopolitical background. Especially since the Celestial Empire began implementing a new economic policy aimed at turning the PRC into a center of post-industrial high technologies, and in Russia “things are still there”.

Recently, the State Council of the People's Republic of China published a plan to reduce its excess production capacity. Steel, aluminum, shipbuilding, glass production will be reduced. By the end of 2014, the government will complete production cuts. This information is provided by Sergey Serebrov (Utro.ru) with reference to the China National Radio, which conveyed the words of Industry Minister Miao Wei.

According to experts, the reform will positively affect the economy of the Middle Kingdom. According to the National Bureau of Statistics of China, industrial production growth today exceeds forecasts.

Now, China has taken the role of a global leader in high-tech products and technology creation. Outdated industries Beijing plans to transfer to the African continent, where, as they say, the "soil" has long been prepared. Together with obsolete production in Africa will go and that poisons the PRC environmental situation. The most environmentally unfriendly production - just steel with aluminum, shipbuilding, chemical industry, etc.

True, it is not clear, the journalist indicates that the Chinese who are left without work will be doing under the conditions of the new economic policy. Interesting and more. Changing the industrial strategy of the Middle Kingdom can collapse the markets. Who will get in the first place? Russia may be in the worst situation, the analyst believes. Given that much has been done in Russia to reorient export commodity flows from the West to the East, the decision of the PRC could be a disaster for Russian raw materials. And then there's the new unemployed Chinese. No matter how hard they “rushed for a better life” to the territory of their neighbor ...

Well, no, this can not be. So Comrade Si regularly talks about the friendship of nations. True, the development by Chinese official experts of the topic of the future of China, Central Asia and the Asia-Pacific region led to the only understanding that those who were geographically in the area of ​​the interests of the Middle Kingdom did not have a choice. You can be friends only with China, because the future on the planet is coming exclusively Chinese. And this is not bravado. China is not Iran, but Jinping and his advisers and administrators are not the team of Ahmadinejad or Rouhani. The Chinese very quickly grew to a strategic adversary of the United States, indicated in the relevant doctrine, from the year 2011 reoriented the Pentagon to the APR.

The official government mouthpiece of the People's Republic of China is the Renmin Jibao newspaper. October 10 on the Russian-language site of this newspaper published an article under the eye-catching title: “What differences exist in the strategies of China, the United States and Russia in Central Asia?”

As befits an official source of information, the newspaper began an article with the speech of the President of the People's Republic of China Xi Jinping on the theme “Develop friendship of peoples to create a wonderful future together. The Chinese leader spoke this speech on September 7 in Kazakhstan, where he put forward the idea of ​​the economic belt of the Silk Road.

The very next paragraph mentions the idea of ​​creating a “Eurasian Union”, which, as stated on the Chinese website, was put forward by Russia. It is immediately noted that this idea serves as a strategic pillar for restoring the “status of power”.

It was then that an unnamed journalist approached the issue of differences between the strategies of China, the United States and Russia in Central Asia.

We are interested in the question of Russia and China. The director of the SCO Research Center of the Shanghai Academy of Social Sciences, Pan Guan, thinks about this.

Russia's idea of ​​developing the Eurasian Union is aimed at preserving the country's leading position in the post-Soviet space, while China’s “Silk Road Economic Belt” is a Eurasian economic zone that will include China, Central Asia and (even) Europe. The expert claims that such an idea reflects the “inclusive” development of the PRC. He further mentions mutual benefits. Within the framework of the “economic belt”, both the Eurasian Economic Community and the SCO can cooperate with each other.

Pan Guan explains that the new Chinese idea implies the unification of the SCO member states, observers and partners on the basis of the Silk Road. This is how China sees “inclusive development”, which is, of course, shaped “on the basis of existing differences, competition and cooperation”.

But under the Chinese wise leadership, we add from myself. After all, if you think about the words of an expert, then China has included all other projects in its project. The SCO has practically disappeared into the Silk Road. And if a child of the Eurasian Union is born into the world, then the life of the priest of the Chinese parents will live.

By the way, the idea of ​​the Eurasian Union, the one in question, does not belong to Russia. Its author is Nursultan Nazarbayev:

“For the first time in March 1994, I proposed to create a qualitatively new integration association in the CIS space - the Eurasian Union of States.

This idea was not accidentally promulgated by me in the academic audience of Moscow State University named after M. V. Lomonosov. I directly addressed the intellectual elite of the entire Commonwealth with a firm determination to pull out of the stupor the process of multilateral integration, in which he found himself two years after the creation of the CIS ”.

(Source: newspaper "News" from October 25 2011, the article "The Eurasian Union: from idea to stories of the future ”N. Nazarbayev).

Go back to China.

Wan Chengcai, head of the department for studying foreign policy of Russia at the Research Center for Development of the State Council of the People's Republic of China, outlined at least five major advantages of China. Moreover, characterizing the very first competitive advantage, the scientist immediately made a comparison with the “Eurasian Union” (on the website of the newspaper, the name will certainly be taken in quotes, we add from ourselves).

1. The advantage of the concept of development. Compared with the Russian “Eurasian Union” and the American “New Silk Road” plan, the expert notes, the Chinese “Silk Road Economic Belt” is a comprehensive project that extends to the East, West, North and South. It can benefit about 3 billion people.

2. Geographic advantage: China has a border with three countries in Central Asia.

3. The advantages of tradition: the Silk Road - ancient roots.

4. The countries of the Caucasus hope that the strategy of China in Central Asia will reach the Caucasus.

5. Finally, a financial advantage that four countries of Central Asia have already realized. Relations between China and these countries are raised to a strategic partnership, the expert said.

Another expert mentioned above, Pan Guan, recalls that the most obvious advantage of China is its economic power. This scientist is talking about the SCO.

Creating your own SCO bank is a Chinese proposal. It is with this financial structure that the development of the organization will be accelerated.

Therefore, the Chinese will again become the SCO engine. Well, they have the same advantages ...

“One of the intrigues is why did China need to run the fourth line of the gas pipeline through Kyrgyzstan and Tajikistan, when there is a successfully operating gas pipeline Turkmenistan - Uzbekistan - Kazakhstan - China? Difficult relations developed between the countries of Central Asia, and the coordination of such a route for Chinese diplomacy was a difficult task. The inclusion of Kyrgyzstan and Tajikistan in this scheme will further complicate the situation, and not only because of the complex mountainous terrain of their territory. Bishkek and Dushanbe had extremely tense relations with Tashkent, which during the escalation of the conflict around the construction of the Rogun hydropower station often delayed freight trains heading for Tajikistan to the border. Beijing seems to be seeking to diversify energy imports to the maximum. Today, it receives most of the oil from the Middle East, which, in the event of an aggravation of the situation, is capable of putting it in a difficult position. In contrast, gas and oil pipelines coming from Central Asia run deep in the continent and are much less susceptible to military cataclysms and pressure from the military fleets of other states. In this logic, fit and plans to use the territory of Kyrgyzstan and Tajikistan. If, for some reason, the first three lines of the gas pipeline will stand, the fourth one will continue to work as before. ”

A. Shustov points out that analysts are wondering: will China replace Russia as a leading regional power?

Most likely, the author believes, in the future, Central Asia is waiting for geopolitical and economic fragmentation. According to A. Shustov, countries belonging to the Customs and Eurasian Unions will be linked to Russia, and the rest will choose China as the main partner, which over time will convert economic successes into political dividends.

Too many turns unions, add on my own. But the Celestial will eventually have only one project - the Chinese. Participation in other international projects for the PRC today is just a convenient screen for expansion. Sorry, for strategic friendship with nations. And there is nothing “bad” in that, but there is the most ordinary struggle for a place under the sun. The only question is who will press whom ...

Observed and commented on Oleg Chuvakin
- especially for topwar.ru
Ctrl Enter
Noticed oshЫbku Highlight text and press. Ctrl + Enter
We are
Results of the week. "God forbid to see Russian revolt, senseless and merciless!"BRICS: friendship against the dollar
73 comments
Information
Dear reader, to leave comments on the publication, you must to register.