How long will the crisis last? Analyst opinion 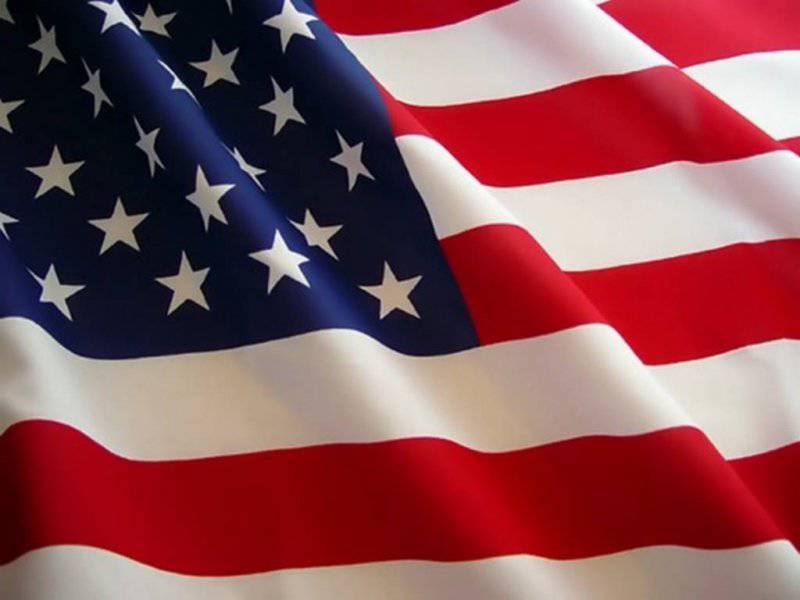 The US public finance system is experiencing one major shock after another: in early March, the sequester came into force, an equally proportional reduction of all articles of the state budget, military and civilian.


By October XNUM Congress was unable to adopt the budget for 1, which resulted in partial closure of public services. And finally, October 2014 America is threatened with a default, which, theoretically, could affect the domestic and global economy just as negatively as the 17-2008 recession. Although there have been signs in Washington in recent days that Democrats and Republicans will come to an agreement and delay bankruptcy for at least several weeks, the question of the ability of America’s political system to respond adequately to economic challenges does not come off the agenda.

Е.А .: Each of the three acts of the budget drama itself is quite logical and explicable, and only their combination, in the opinion of many commentators, turns the battle between the executive branch and the parliament into an absurd staging.

Let's start with the sequestration. Our interviewee, an analyst at the American Enterprise Institute, Stanley Weiger.

SV: In the summer of 2011, America faced the same problem as today, raising the limit of public debt. The Obama administration then agreed with the Republicans in the House of Representatives that they would raise the borrowing limit in exchange for the establishment of a commission authorized to work out a long-term agreement on stabilizing the public finances system; it was about a set of measures to optimize expenditure and tax policies. The agreement between Obama and the Republicans also provided that if the parties do not agree on what specific expenses to cut and which taxes to increase, then the sequester will immediately enter, equal proportional cuts in all budget items regardless of how sensible it is from a state point of view. Negotiators assumed that the prospect of sequestration is so terrible that the members of the specially authorized commission, in order to avoid it, will come to a compromise. However, this did not happen, the political system misfired, but the costs were somewhat reduced.

Е.А .: They are reduced, unfortunately, without any hint of logic, and this irrationality only discredits the political class of Washington, emphasizes Weiger.

The next act of the budget drama was the termination of the work of a part of public services.

SV: A noticeable number of institutions closed nearly two weeks ago because the Democrats and Republicans could not agree on a budget for the 2014 year. Even not so much on the budget - there is no full-fledged budget legislation in the country for several years, but on the so-called resolution on the “automatic budget”, which extends state financing in the amount of the previous period for a period of one and a half to eleven months. On what basis, in the absence of any budget, do not close state services continue to work? - On the fact that many government programs are protected today, they do not depend on the budget situation. These include, for example, health insurance for the poor and the elderly, social pensions, food stamps. Not to mention the service of public debt. They account for up to 60% of all federal spending. The remaining 40% are divided approximately equally between military and civil programs. Republicans in Congress agreed with Obama that the Pentagon will be funded at a level that was established after the sequestration, and therefore the Ministry of Defense continues to function. On leave, therefore, sent only support staff of civil services. Theoretically, this is unpaid leave, but everyone understands that these people will receive their salaries in full, but it’s not known when exactly.

Е.А .: It is exactly the fact that the lion's share of government spending is protected, and allows politicians to stand in the pose of ideological fighters and play in principle at relatively low rates, says an analyst at the American Enterprise Institute.

The third and potentially most catastrophic act of drama, in the shadow of which the first two were played out, is the US sovereign default, which may occur as a result of Congress’s reluctance to raise the national debt ceiling.

SV: Before the US entered World War 1, lawmakers separately approved each new issue of government bonds carried out by the Ministry of Finance. Under wartime conditions, this turned out to be unduly red tape, and the Ministry of Finance was authorized to promptly issue securities, varying at its discretion, their maturity dates and coupon rates. The Congress retained the prerogative to set only the general limit of borrowings made by the Ministry of Finance. In that distant era, there were no protected items in the federal budget at all. But today, as we have said, a huge part of the budget is protected, which means that the deputies of the lawn-nalens should seek funds for it. If the income received by the treasury is not enough, the Congress is obliged either to raise taxes or borrow money. But the law of a hundred years ago gives the legislators the formal right not to raise the borrowing limit, without which all the expenses that these legislators once voluntarily voted for cannot be paid. That this law, however, allows the legislature, regardless of which party dominates at any given time, to try to wrest budget concessions from the White House, if its owner is a representative of a rival camp.

Е.А .: How does the worst-case scenario look like if the national debt ceiling is not raised?

SV: In other words, what happens if the coupon payments on bonds of the American treasury cease? Their price will collapse, and since many business entities are credited to banks just on the security of these bonds, the entire global banking system can combat an attack of asphyxiation. The strangulation of loan operations, in turn, will inevitably hit the stock markets, as the participants will have working capital for the purchase of shares. In addition, the interest rate on US Treasury bonds serves as a point of reference for calculating interest on the mass of other debt instruments, and if this major landmark staggers, operations with the remaining instruments will also stall. These are only the consequences of the first order, but they are also enough to understand that after the American default, the world economic system will be in the same, if not worse, position in which it was at the peak of the last financial crisis.

Е.А .: They say that even if 17 of October or somewhere around this date runs out of the current borrowing limit, the United States does not need to declare default, because current tax revenues will be enough to serve the national debt.

SV: Yes, at this point of view there have recently appeared many adherents who are absolutely sensible, although initially it was only voiced by the most implacable opponents of President Obama. However, the other day, Finance Minister Jack Liu, as if by way of objection, stated that his department does not have either computer software or an appropriate legislative base to rank payments. That is, to declare the repayment of public debt the undisputed priority number one, and other expenses to pay for the degree of their importance, as long as enough money. I don’t know how sophisticated software the Ministry of Finance has, but it’s clear that if a crisis breaks out, the emergence of a law on prioritizing government payments will not take long to wait,

Е.А .: a reporter's interlocutor, an analyst of the American Enterprise Institute Stanley Weiger is sure.

Many in Washington share his opinion that budgetary troubles occur due to the loss of the ability of democrats and republicans to negotiate, to feel the boundaries of the possible, not to tie into one tight knot technical problems such as raising the limit of public debt and essential health insurance system. The negotiation deadlock on the budget in the light of this position is a consequence of a deep-seated phenomenon consisting in the unusually increased influence of the radicals in the ranks of both leading parties. Cases, in the opinion of these analysts, would have been even worse if America had no independent economic institutions capable of somehow extinguishing the excesses of politicians. So, Wall Street, which has an influence on Republicans, is afraid of not raising the government debt limit, and this pushes the right to concessions to Obama on this issue. The Central Bank also seems to be dampening the political negativity, which, contrary to plans, decided not to change the course for monetary expansion, so that budgetary battles do not inadvertently cancel out the process of economic recovery.

At the same time, another large and influential group of analysts does not believe that something out of the ordinary is happening in Washington, indicating a constructive flaw in the political mechanism. In an interview with RS, well-known commentator Michael Baron, in particular, said:

MB: The United States lives under the constitution of a presidential republic, in which, unlike parliamentary, the predominance of one party in the legislature does not mean its dominance in the executive branch and vice versa. The founding fathers of America created a system of checks and balances precisely in anticipation of the conflicts that we are now experiencing, and did not fear them. Rather the opposite: they were worried that the momentary radical majority in their utopian aspirations could impose irreversible destructive changes on the people, and took steps to minimize the likelihood of such a majority in all branches of government at the same time. I do not see anything wrong with the fact that Obama does not want to sacrifice his brand law, health insurance reform, especially after a convincing election victory, or that Republicans from the Tea Party Movement see Obama Medicine as a threat to economic growth and they want to, not violating any laws, torpedo it. Especially since, according to polls, most Americans are very unhappy with it. It is not superfluous to recall that the partial closure of state services took place seventeen times since 1976, mainly when the Democrats had a majority in Congress and did not want to finance either the Reagan initiatives or — and who would believe in it now? - A proposal by his party member, President Jimmy Carter, to pay abortions to poor women from the state budget. Since the end of the last century's 60, America has lived 70% of the time with multi-party branches of government. James Madison and 39 other authors of our constitution did not want to create an active state, their goal was to create a state with limited power.

Е.А .: There are several discussed draft agreements between the White House and the House of Representatives on various aspects of opposition. One of them looks as follows: Republicans delegate to the president the authority to raise the limit of public debt by himself, retaining the opportunity for the legislature to veto this decision by a qualified two-thirds majority. Obama, for his part, is inferior in a number of provisions of the health insurance reform, for example, establishes a more thorough check of the level of income of citizens eligible for subsidized insurance, and postpones the introduction of a target tax on medical equipment manufacturers for two years, the amount of which will go to subsidies to buyers of medical policies .

Ctrl Enter
Noticed oshЫbku Highlight text and press. Ctrl + Enter
We are
The Broken World of AmericaWhat you didn't want to know about England
19 comments
Information
Dear reader, to leave comments on the publication, you must to register.