Their morals: to sell, kill and rape children 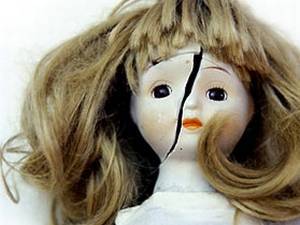 “Their morals” was such a rubric in the Soviet press. Our foreign correspondents at that time quite skillfully described foreign horrors concerning the entire spectrum of social and economic life where money rules. But here come the new times. Privatizers of Chubais-type public property, Kozyrev-type pseudoreformers and other “heroes” of the XNUM-X, fatal for our Motherland, began with the same zeal as the Communist Party’s bosses, who had been removed or betrayed the ideals of socialism . And those who came back from there in horror and remembered, not without a shudder, the time spent there, were not given any podium in the media. They say that you personally are just unlucky, but in the West everything is fine and fine ...


But is it really?

There is a county of West Yorkshire in Britain. And in this county - the city of Bradford.

So, one of the local residents named Amanda by the name of Hatton zamorila her four-year-old son.

The faint of heart can no longer read.

After such a terrible crime "lady" ordered a pizza by phone. Your favorite.

But this is only an episode.

What happened next is unthinkable.

To receive allowance for the maintenance of the baby, a monster named Amanda kept the body of a child in her bedroom for two years.

According to the police, the Daily Mai informs, the woman smoked marijuana all day long and drank vodka. Sometimes she drank a liter a day. One day, the neighbors' patience burst as a terrible smell came from Amanda’s house. The picture, which was opened by a British policeman who broke into the house, terrified even seasoned officers ...

In mid-September 2013, the first trial was held in the case of Amanda Hutton. She is accused of criminal negligence and manslaughter. What will be the punishment - not yet reported.

But here is the opinion of our compatriot who lived for some time in England:

- Amanda Hutton is no exception, not nonsense. There is such, excuse me, Amanda, without the first letter and with emphasis on the last syllable in each city and far from one. The Englishwomen long and recklessly hooked on marijuana. From here and mental deviations ...

What else are they addicted to?

Although, as they say, it is too late to drink borzhom when the liver fell off ...

According to the BBC, British television and radio companies, pornographic spouses Cameron Bay and Rod Daley got into trouble history. Having sex with a camera once, they became infected with AIDS. The couple sued their superiors, which did not provide them with the necessary amount of protection. Bay and Daley announced this at a special press conference. “They are only concerned about money, they don’t care about the fate of the actors,” said Rod Daly, 32-year-old, speaking about his superiors. 29-year-old Cameron Bay shook tears in three streams, claiming that the rights of actors acting in films for adults are not protected. “If you insist on using condoms during filming, you are immediately denied the role, and you are left without work,” she said.

However, the organizers of the global “sex exploration” are not sewn up. And they claim that they have no relation to the diseases of the actors. Pornomagnates are justifiably justified: "Their incomprehensibility, which takes place behind the scenes, and not on the site, is to blame for everything."

Well, it is necessary some tselka! There are nowhere to put marks on the stamps themselves, but all the same - in philosophizing about promiscuity.

Scoundrel on the villain and scoundrel chases.

And who else will seduce the human race?

However, in order. It became known that the Supreme Court of Worcester of the US state of Massachusetts convicted the Mayot pair of sexual abuse of adopted children from Kazakhstan. Joseph and Linda Mayot adopted a 13-year-old boy and a 8-year-old girl from Kazakhstan in 2004. The investigation revealed that after the children moved to the United States, they became the targets of sexual harassment. According to her son, the adoptive mother repeatedly raped him. In this case, Linda Mayot herself in court denied guilt, claiming that this adopted son had committed violence against her. The jury found the testimony of the victims more reliable. It turned out that Linda became pregnant by her adopted son and had a baby, which was confirmed by DNA analysis. And the adoptive daughter Mayotov told about the numerous abuse from the head of the family. According to the 17-year-old girl, after adoption, the father slept with her in the same bed and repeatedly entered into intimate relations with her. Children reported abuse to their friends, but were only reported to the police at adoptive parents in 2009.

Scandal at the diplomatic level

Here we do without stylistic delights and dryly retell the publication in the "RG". The official website of the Russian Foreign Ministry published a comment by the Russian Foreign Ministry Commissioner for Human Rights, Democracy and the Rule of Law Konstantin Dolgov, who said that the results of the investigation by Reuters journalists of the illegal network of mediators and traffickers of adopted children in the United States caused serious concern in Russia.

“The illegal system of exchanging children,” the ombudsman said in a statement, “allows Americans to get rid of their social and financial obligations to the adopted, to avoid criminal prosecution for the cruel treatment of children.” And - bearing in mind, apparently, about the recent history of the notorious Ranch for kids ranch in Montana, - Konstantin Dolgov recalls that the direct consequence of such uncontrolled law enforcement and social protection practices became unaccountable private orphanages for adopted children. And the same practice led to the fact that "in some cases, children were given to pedophiles who used them for the production of pornography." “We believe,” the Russian Ministry of Foreign Affairs makes a logical conclusion, “that in this case it is not a question of individual cases, but a serious systemic problem indicating insufficient protection of the rights of children in the United States.”

Dolgov especially emphasizes that, according to Reuters, from 261 a child put up in an underground network for “exchange” or outright sale, which journalists managed to find out during their investigation, an absolute majority of children (70 percent) came to the United States because of borders, and at least 26 orphans were adopted in Russia. The Russian Foreign Ministry hopes that "the authorized US agencies will clarify the fate of Russian children 26, who are victims of the American" Internet exchange "adopted." “We are calling on the US authorities,” the statement said, “to treat this information with the utmost care and to conduct the necessary investigation into the revealed facts of gross violations of children's rights.” “For his part,” the Commissioner assured the American side, “we are ready to provide the necessary consular assistance to the injured Russians through the Embassy and consulates general of Russia in the United States.”

Back in June of this year, at the Russian-American negotiations on international adoption issues, among other things, the problem of insufficient information provided by the American side of Russia about adopted Russian children was discussed. Our country at the talks was represented by the Commissioner for Human Rights of the Ministry of Foreign Affairs of Russia Konstantin Dolgov and the Representative of the President of the Russian Federation for the Rights of the Child Pavel Astakhov. As Astakhov said, then an agreement was reached to develop cooperation in the field of control over the fate of children adopted from Russia, and to begin joint work on a large project - the creation of a single database of all orphans who came from Russia to the United States.

The need for such an information base is again confirmed by the materials of a journalistic investigation by Reuters, which has harshly demonstrated how children's destinies can break down due to the lack of control by the US authorities over the welfare of adopted children and respect for their rights.

With the establishment of capitalism in Russia began the same

Everything is sold and bought.

A good thing is to provide apartments for orphans, graduates of boarding schools.

However, does anyone keep statistics on where these graduates then disappear from state-provided apartments?

However, this topic today is inexhaustible for our country.

And in the next issues of the newspaper "President" we will return to it.

Ctrl Enter
Noticed oshЫbku Highlight text and press. Ctrl + Enter
We are
7 Gorbachev's fatal mistakesAbout Stalin and Khrushchev
23 comments
Information
Dear reader, to leave comments on the publication, you must to register.