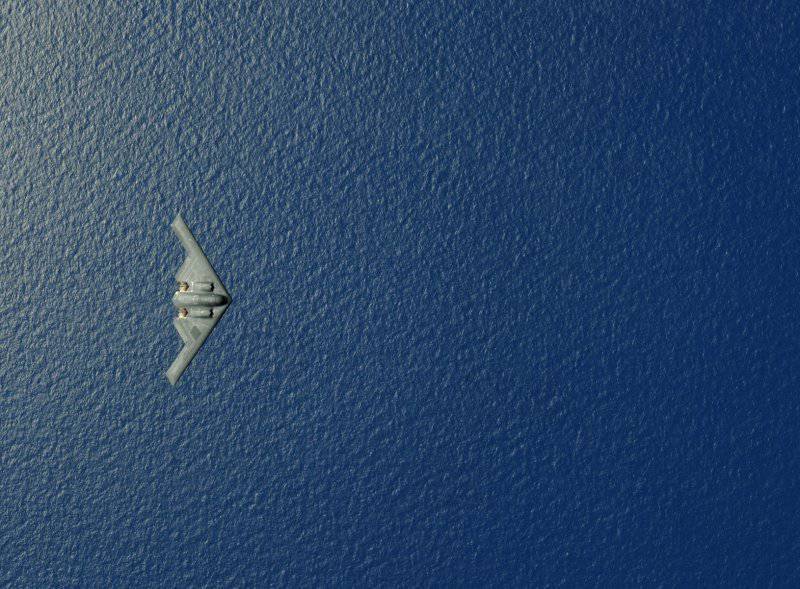 The US Air Force leadership fears that B-2 may become the last manned heavy bomber. This type of aircraft was first adopted by the American army 1980-ies and since then has been the backbone of the US air force. However, new technologies (more efficient missiles and UAVs) may put an end to the use of heavy bombers. Currently, America has fewer 200 of such aircraft and only 20 of the latest model, B-2. Only about 600 people who have ever flown on B-2 are on active service. This is less than one percent of the total number of Air Force pilots. Moreover, only 35 of these pilots flew B-2 for over a thousand hours, and only 17 of them still serve on B-2. It usually takes a decade or more to fly a thousand hours on a B-2, since pilots spend a lot of time on work not directly related to flying. No pilot has ever flown X-NUMX watches on B-2000 yet. With such a small number of aces, which form the basis of the flight personnel of any type of aircraft, it is not surprising that there are not so many supporters of the new heavy bomber.

The Air Force has long been developing plans for a new heavy bomber, but the biggest problem here was getting enough money for a long-range bomber. The Air Force claims to be able to design, develop, build and adopt a long-range bomber during 15 years at a price of $ 550 million for each (at current prices). Development costs will remain low when using a large number of already existing technologies. In fact, a long-range bomber would be an enlarged version of the F-35, capable of carrying 6-10 tons of smart bombs more than 9000 kilometers without refueling. Few congressional thinks that the air force is able to carry out these plans and believe that if they were allowed to try, the long-range bomber would not be ready in time and cost more than a billion dollars each. Moreover, the Air Force's budget is shrinking, and huge costs are looming over more than a thousand new F-35s to replace the outdated F-16 and F-15. There is also a desire to go to the unobtrusive combat UAVs, from which the fighter pilots who are now guiding the air force now are not at all delighted. The future of long-range bombers, and indeed of manned aircraft in general, does not look very bright. Regardless of the wishes of the leadership of the US Air Force, they will have to deal with the more pressing problems of the onset of unmanned aerial vehicles and the payment of all new F-35. 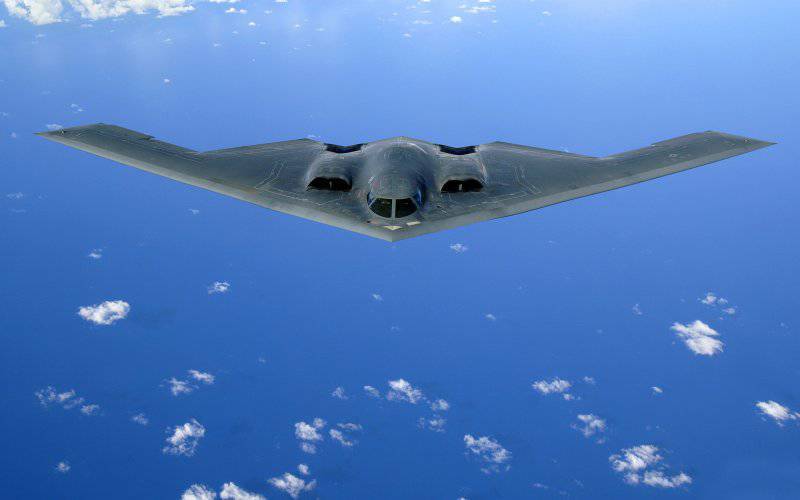 At the same time, the Air Force continues to modernize a small number of the B-2s they have in service. Over the past few years, modernization has included a change of bomb racks, which now allow each B-2 to carry 80 smart 227 kg bombs. In addition, a radar with an active phased array antenna (AFAR) was also installed on B-2. AFAR consists of thousands of tiny emitters that can independently be directed in different directions. AFAR radars are popular mainly due to their ability to track a large number of targets simultaneously. AFAR B-2 allows the bomber to independently detect the target and strike at them with one of the 80 JDAMs. The V-2 also received more powerful satellite communication lines, which allows it to more quickly transfer data from AFAR or cameras to other aircraft (including UAVs). With 80 JDAM, the Air Force sees one B-2 as a whole fleet bombers capable of destroying 80 different targets.

The B-2 is a complex aircraft, first used in the 1999 year of the bombing of Kosovo. This aircraft was difficult to maintain in combat condition, because its anti-radar coverage requires time-consuming maintenance. One hour flight required 53 man-hours service. The normal combat readiness ratio in the Air Force is 0,6 (60% of aircraft are fully operational), however, the B-2 ratio was only 0,33. Since then, the situation has improved significantly, but B-2 still requires much more maintenance than other heavy bombers, such as B-52 or B-1В. 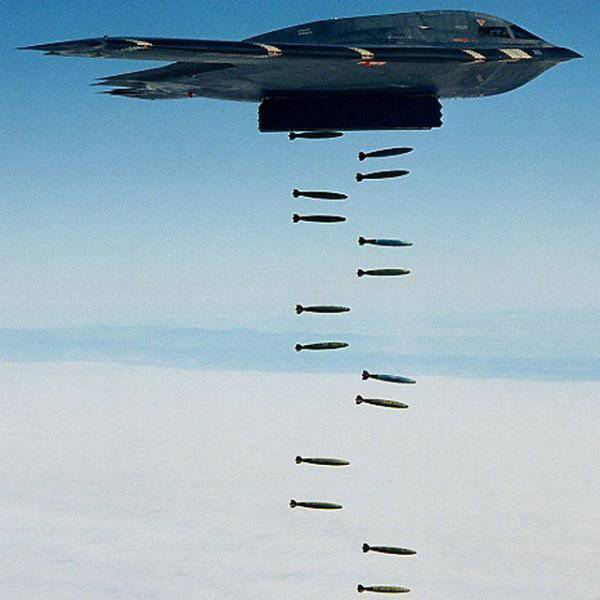 The 2 weighs a ton of 181, was developed during the 1980's and was put into service in the 1992 year. B-2 is a combination of fundamentally new and untested technologies that were very advanced, difficult to implement, and very, very expensive. 25 billions of dollars were spent before B-2 even took to the air and the projected costs were more than $ 70 billions on the 132 of the aircraft. Only twenty bombers were built by 1996 at a cost of more than two billion dollars for each aircraft. This means that two B-2s cost more than an atomic aircraft carrier, and one B-2 costs more than half a dozen LGM-118A Peacekeepe ICBMs and their high-security shelters. The 2 is capable of carrying 20 tons of bombs for more than 8000 kilometers, or, with air refueling, to any point on the planet. The stealth technology allows one B-2 to operate in a situation in which more than a dozen other specialized aircraft are required, some of which will be lost during the bombing. As a result, the Air Force treats the B-2 more like a warship that can be quickly sent to any point on the planet and strike in this case 80 with high-precision bombs. This unprecedented potential has not really been exploited yet. Today, it is much cheaper to use B-52 or B-1 to deliver smart bombs. With the developing UAVs, it seems no new heavy bombers can compete.

Meanwhile, only the Russian Air Force is talking about the development of a new heavy bomber. No one else sees the future in this type of airship, and Russian generals face the same obstacles as their American counterparts. A new generation of manned heavy bomber may still appear, but all the odds against it.

Ctrl Enter
Noticed oshЫbku Highlight text and press. Ctrl + Enter
We are
Armored vehicles of Yugoslavia. Part of 3. Yugoslav People's Army (1945-1980's)Turkey vs Syria: the balance of power
61 comment
Information
Dear reader, to leave comments on the publication, you must to register.