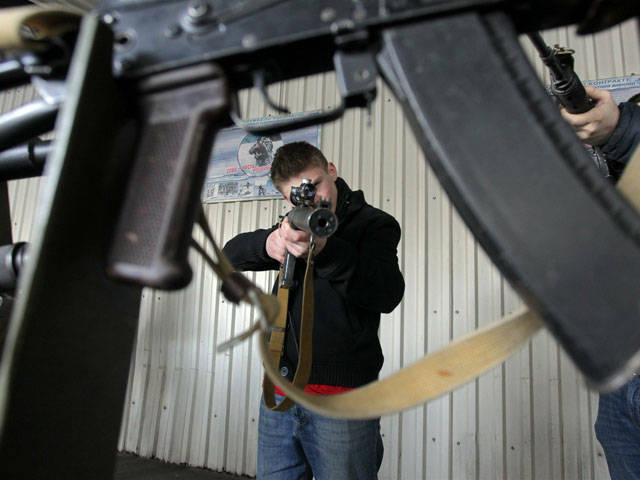 President of Ukraine Viktor Yanukovych canceled universal military service. He signed a decree on the transition of the army to a contract basis and on the latest conscription to the armed forces of the country. However, he stressed that recruitment for military service would remain in the internal troops.


Yanukovych explained that the transition of the army to a contract basis is due to the fact that modern combat equipment requires professionals. It is in the hands of these professionals that the security of the state will be given.

Most contractors serve in the Navy, Air Force and Special Forces, least of all in the ground forces. Since the beginning of 2013, thousands of people have entered the 6,8 under the contract to the Armed Forces of Ukraine, this figure will reach 7 by the end of the year. Next year, thousands more will enter 4,8 contract service, in 2015 - about 5 thousands, and in 2016-17 - 4,5-5 thousands of people, ITAR-TASS reports.

Ctrl Enter
Noticed oshЫbku Highlight text and press. Ctrl + Enter
We are
The action “Military service under the contract is your choice!” In Rostov-on-Don: future contract servicemen, exhibitions and “Russian Knights”
65 comments
Information
Dear reader, to leave comments on the publication, you must to register.