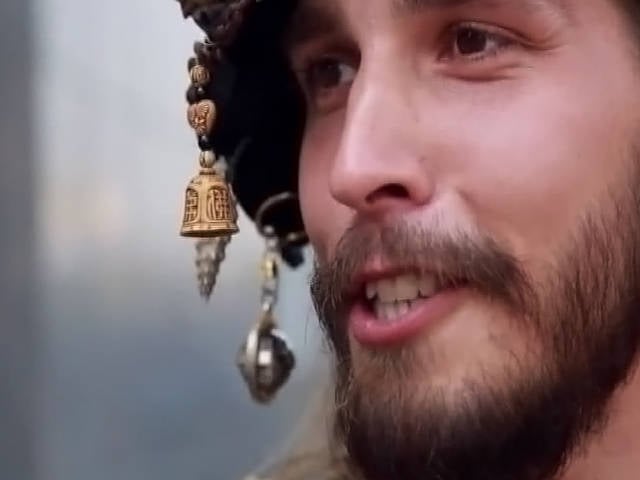 The Russian Konstantin Zhuravlev who traveled around Syria was taken prisoner. Militants consider him a spy and want to be judged by Sharia law.


Konstantin Zhuravlev is from Tomsk. He took a serious interest in traveling and photography about four years ago. From 2010 to 2012, Konstantin alone traveled around the world in 777 days.

Even then, he visited the Sahara and decided to continue the experiment, calling it "Alone with the desert." Alone, almost without food, Zhuravlev planned to spend 21 a day in extreme conditions in order to reveal his inner abilities and vision with the “third eye”. So says on the project's webpage.

Olga Temereva, Chairperson of the Organizing Committee of the 56-I Parallel Travelers Festival, says: “From the point of view of the average man, he is not of this world. But he has a huge number of friends who supported him in this. He began to feel himself a man of the world, and which can there be passports? Of course, this is irresponsible. But it's terrible! "

"He is a traveler, he has a camera and a video camera with him. As part of the project, he moved towards the desert, constantly making video reports. Perhaps when he made another video report to put it in the VKontakte community, he got caught" - suggests friend of Konstantin Zhuravlev Oleg Patsay.

Without knowledge of the Arabic language, without the knowledge of the Syrian authorities, they go to the zone of military operations ... Russian diplomats deservedly reproach Zhuravlev with arrogance. Syrian security forces are involved in the search, and the Tomsk authorities and the Russian Foreign Ministry are following the fate of the missing person. The governor of the Tomsk region Sergey Zhvachkin already communicated by phone with the Russian ambassador to Syria Azamat Kulmukhametov. They agreed to keep in touch and exchange any information that would help to return Zhuravlev home.

The formation of "Liva at-Tauhid", in whose hands Zhuravlev may be, submits to the Islamic Front for the Liberation of Syria. These militants control the northwest of the country near Aleppo. Nearby - in the northeast - Front-en-Nusra is based - a small, but the most brutal part of the Syrian armed opposition. Abductions, torture, executions - Front-en-Nusra fights without rules, fights not only with the forces of Bashar al-Assad, but also with his moderate opponents.

Supporters of Zhuravlev write the last few days to invaders from the group “Liva-at-Tauhid” on Facebook and ask to let go of the unfortunate traveler. More than a hundred comments have already accumulated, when the militants through the same social network replied that the campaign to protect the hostage did not believe and would judge Constantine according to Sharia law.

Similar историяrelated to dangerous travel occurred last year. In May, a military patrol in Iraq 2012 detained Russian bikers who were doing a motorcycle race in the Middle East. They were accused of espionage and thrown into prison because of the fake visas issued by the intermediary company. Then the Russian Foreign Ministry intervened, and the bikers already at liberty admitted that they had no idea that they were going to war.

Ctrl Enter
Noticed oshЫbku Highlight text and press. Ctrl + Enter
We are
"Wings of Tauris" originally from BorisoglebskPhoto and video from the “Battlefield” festival
77 comments
Information
Dear reader, to leave comments on the publication, you must to register.