On guard of the Motherland: FSB special forces - 15 years 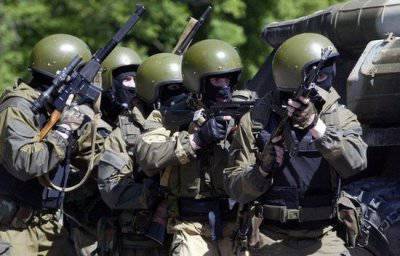 15 years ago in Russia, the FSB Special Purpose Center was established. In a single fist gathered the group "Alpha", "Vympel" and the Office of Special Operations. There were many doubts then, but time has shown the correctness of such a decision. Since then, the fighters of the Center for Special Operations have arisen at the most critical moments in the fight against terrorists and solved the most dizzying tasks.


FSB special forces trainings are rarely shown on television, and therefore few people pay attention to such details: two soldiers, running around, lean on a potential terrorist and press him to the chair to immobilize. A terrorist in real life can have a belt with explosives, a grenade, and a bomb in his hands. That is, officers of the Special Purpose Center and in training are preparing to sacrifice themselves to save the hostage. Experienced commandos admit: it is impossible to get used to danger, no matter how hard you train.

"You go in the door - you step into the unknown. And there is some bad person who shoots you right there or presses a button and goes with you to the other world. Or he sits somewhere in the next house, presses the button “You are taking off. Many do not speak about this, but this is a great everyday feat,” said the colonel, a veteran of the Alpha unit of the Russian Federal Security Service’s appointment center, Vitaly Demidkin.

The baptism of the center as a single structure is an event in Dagestan 1999, when the gangs of Basayev and Khattab invaded there. Special Forces officers worked together with army intelligence, eliminated demolition snipers, blocked gang entry routes.

Then there was an operation in Chechnya, a hostage-taking on Dubrovka, in Beslan. Dozens of operations that no one knows about at all, because they are still classified. Even veterans rarely talk about their former work.

It turns out that during the seizure of hostages at Dubrovka, a special reserve group was created in the Special Purpose Center in order to fly to any point of the country if necessary. There was then information that in the regions, perhaps, the same capture is being prepared as in Moscow. But the cost. And the operation in the center at Dubrovka was then studied by Western special forces for a long time in order to understand how it was possible to free the hostages in such circumstances.

"For all history divisions "Alpha" and "Vympel" not a single hostage was destroyed by us. Our adamant principle is to destroy only the enemy. If you take other countries fighting terrorism, then in their practice it was like that. In our practice, this is not ", - said Leonid Gumenny, in 1998-2007 - First Deputy Head of Department" A "of the Special Purpose Center of the FSB of Russia.

The Special Purpose Center of the Federal Security Service (FSB) is specially selected - not only for its physical qualities, not only for those who are good at fighting or shooting, although there are many candidates for masters and masters of sports among the fighters. The main thing all the same - moral and volitional qualities and motivation - why are you going to special forces of the FSB.

The center officer knows: every day can be the very day when you have to save a person at the cost of your own life, as it was in Beslan, where the commandos carried out militants, children from a seized school under fire, then ten officers died. These were the biggest one-off losses in the entire history of the CSN FSB. Most of the officers were shot in the back. The terrorists shot at them when they covered up the frightened children.

“There’s something special about these officers. They’re ready to risk their lives. They understand that they can die. But they don’t go for benefits,” said retired colonel, center veteran Vasily Vereshchak.

At the same time in the CSF FSB - a huge competition. Sometimes it happens that out of a hundred candidates one is selected. Those who remained, turn into almost universal fighters. Employees of the center are ready to act in any conditions: in the snowy mountains, in the woods, disembark from a helicopter, even subway train is ready to storm, although it would seem that this is an incredible task.

In addition to the fight against terrorists, the FSB special forces detain both drug traffickers and corrupt officials, and in general they operate everywhere where force support is needed for operational services.

At the same time, the special services center of the FSB is a constantly fighting unit. These are hundreds of operations in the North Caucasus, in which officers take part. These are dozens of destroyed and captured leaders of bandit groups. This is the FSB FSB captured Salman Raduyev in 2000, liquidated Arbi Barayev, captured Ali Taziyev by the nickname Magas, destroyed Aslan Maskhadov. It is the FSB special forces that destroyed Magomed-Ali Vagabov, the organizer of the terrorist attacks in the Moscow metro, and Said Buryatsky, the ideologist of the North Caucasian militants, and Abu Havs, the representative of Al-Qaida in the North Caucasus.

"When I left, I got the impression that I was left on some platform, a lantern was burning above me, and the platform was snow-covered. So the train left, in which I sat, I was well, comfortable, but I was left alone on the platform and I don’t know what to do. If I’d now offered to go to serve, again to go to the North Caucasus, to any place, I would gladly go in any capacity, ”said the Colonel, a veteran of the Alpha unit, Vitaly Demidkin.

“These were the best years of my life,” confessed Vasily Vereshchak.

Over the 15 years of the center's existence, twenty employees were awarded the title Hero of Russia, eleven of them - posthumously.