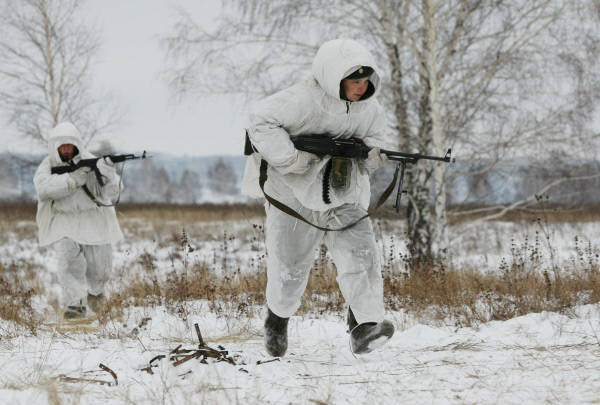 The flooding in the Far East and the approaching cold brought not only civil utility services, but also army logistics officers to their feet.


Every winter they already fly in for sick soldiers. And then he threw "surprises" in a natural cataclysm that threatened to leave many military camps without heat.

"The flood, of course, made adjustments to our work, but the preparation for the heating season is proceeding without failures and will be completed on time," Ivan Ivan said at the hearings in the Committee on Defense of the State Duma. Go

The fact is that the electrical equipment needed to heat the Far Eastern garrisons was evacuated by the military to safe places even before the large-scale spill of Cupid. And as soon as the big water began to leave the flooded areas, the equipment was returned to the site and re-installed.

The experience of previous years also served me well. According to Poydy, in the framework of the so-called northern delivery of 60 thousand tons of coal and 16 thousand tons of liquid fuel for the boiler-houses of the Far North, Siberia and the Far East last summer.

That is exactly what figured in the requests of the garrison chiefs.

“In total, over 5,5 of thousands of military camps numbering more than 10 thousand houses and about 90 thousand buildings of barracks and housing stock as well as 207 thousand kilometers of engineering networks were prepared for the coming winter,” the official told the deputies. - The heating season in military camps will be provided by 4,3 thousands of boiler houses, the inclusion of which is carried out in stages, depending on the region and changes in weather conditions.

To date, more than 2,9 thousands of boiler houses have already been launched. Run the rest will go in a planned manner.

Provided for the rear services and force majeure, for example, a breakthrough in the heating system. In this case, the military has an agreement with the companies serving the army about the round-the-clock duty of repair brigades.

In general, judging by the vigorous report of Ivan Poyda, the coming winter will not overtake the military towns by surprise and does not threaten their inhabitants with unfrozen batteries and frost-bitten noses. However, it is too early to relax commanders with the rear men.

Moreover, it’s not always worthwhile to hope for the help of local authorities in an emergency. Recently, the "RG" correspondent witnessed a curious conversation between Defense Minister Sergei Shoigu and his deputy, Dmitry Bulgakov, who is in charge of army logistics. Some regional official told Shoigu that substandard fuel was delivered to one of the garrisons.

The Minister immediately sent a commission there, which found out amazing things. It turns out that in previous years the garrison was heated with the help of a company controlled by the local administration. And when the military, by competition, selected a more reliable and profitable fuel supplier, the officials, in order to annoy the officers, threw a frank “misinformation” to their minister.

Ctrl Enter
Noticed oshЫbku Highlight text and press. Ctrl + Enter
We are
Ministry of Emergency Situations: report on the causes of flood in the Far East
6 comments
Information
Dear reader, to leave comments on the publication, you must to register.