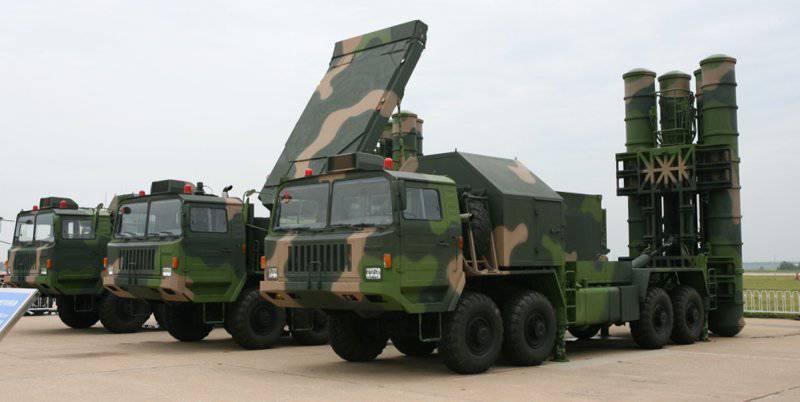 
The article, in particular, states that this decision caused great irritation on the part of the United States and attempts to put pressure on Turkey in order to cancel the acquisition of Chinese air defense missile systems, up to and including statements of refusal to integrate these complexes into a single air defense system and NATO missile defense in Europe. The long-range air defense system was a traditional area of ​​monopoly on the part of the United States (the Patriot system) and Russia (the C-300 system). Turkish tender showed that for the first time in stories this monopoly is broken.

China has developed HQ-9 based on its own technology, claiming that it is a copy of other systems that can be easily refuted. For example, the complex does not have a separate fire control radar, as on the Patriot and C-300, HQ-9 missiles have a more powerful active homing head (as far as can be understood from the text - "VP"). Thus, China should not simply imitate American and Russian technologies, the complex has its own characteristics, its own technological breakthroughs, the expert writes.

Another advantage of the Chinese proposal is that China has offered Turkey advanced technical cooperation to further improve HQ-9, which the US cannot offer in relation to its Patriot complex.

We are taking the first serious steps in the global arms market; China is still lagging behind the leading countries in developing some modern weapons systems, the expert admits. But the Turkish tender showed that China is becoming a new great power that can make a great contribution to ensuring global and regional security.

Ctrl Enter
Noticed oshЫbku Highlight text and press. Ctrl + Enter
We are
China put an end to the monopoly of the United States and Russia in the area of ​​long-range air defense systems
Military Reviewin Yandex News
Military Reviewin Google News
139 comments
Information
Dear reader, to leave comments on the publication, you must to register.