Orientalist Said Gafurov: "The United States can always review its position on Syria" 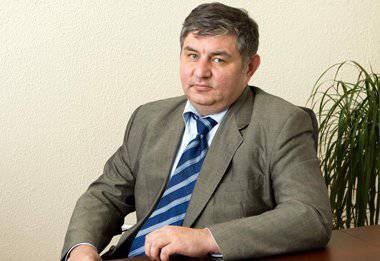 The United States and Russia agree that a military solution to the conflict in Syria is impossible. This was stated by Secretary of State John Kerry after talks with Russian Foreign Minister Sergei Lavrov. Damascus cooperates flawlessly with the UN in the destruction of chemical weapons. Peace Conference on Syria can be held in mid-November.


The head of the research center "GDP" Said GAFUROV comments.

- Today, a lot depends on the United States in the development of Syrian events. There is now going on a very sharp struggle between two fundamentally different positions, which defines a lot.

On the one hand, for military intervention in the conflict in Syria, there are people who have close ties with French and English capital, and those who receive money from the Gulf countries.

The other side is people who feel responsible for the world order and believe that war is always bad and that it is always the only way to solve problems. And besides, in the conditions of the budget crisis in the USA, a possible war with Syria will aggravate him greatly.

Among the American diplomats in the State Department, supporters of the first position traditionally dominate, that is, people who tend to always take into account the interests of the closest US allies in Europe and the Middle East.

But politically elected people demonstrate a sense of responsibility, realizing that war is economically unprofitable, and will lead to the strengthening of European competitors of the United States. And the United States is not yet ready for war in a military sense.

So far, the views of the second side have prevailed, and Obama, as the supreme arbiter, in my opinion, is inclined to listen precisely to those who are against the war with Syria.

And, seeing that a compromise on the Syrian issue in the United States is difficult to find, Obama chose the right way: to reconcile the irreconcilable, he actively supports the idea of ​​the Geneva-2 conference, hoping to reassure those who still lack blood.

The Geneva Conference has an important internal political aspect: its decisions can not only bring peace to Syria, but become the basis for internal political compromises in the United States and somewhat humble the most aggressive part of the “hawks” at the State Department.

But still the defenders of Syria should keep the powder dry. The United States can always reconsider its position on Syria, because there are strong arguments on both sides.

The “militarist party” may be even stronger, it is sure that the United States is exclusive, and therefore the Americans allegedly have the right to intervene wherever something happens as they dislike. And these people, as a rule, do not think about the consequences of the intervention.

Information came from Lebanon that the Gulf states are offering huge money to the West to continue supporting the rebels in Syria. That is, these states are ready to finance the war, not being themselves ready to fight because of the poor ability to do so.
And among the rebels actively began the process of disengagement. A significant part of them felt that they were fighting on the wrong side, and began to look for a way out of the situation into which they had driven themselves. The only way out is to obtain guarantees from the authorities and return to political life.

Ctrl Enter
Noticed oshЫbku Highlight text and press. Ctrl + Enter
We are
A great interview with Sergey Lavrov: about Ukraine, Obama and IranWhat you didn't want to know about England
Military Reviewin Yandex News
Military Reviewin Google News
17 comments
Information
Dear reader, to leave comments on the publication, you must sign in.