Are there oddities in the law on the reform of the RAS?

October 8 2013
52
The epopee with the sensational reform of the Russian Academy of Sciences can be considered complete? Theoretically, yes, because the relevant Federal Law (Federal Law No. 253) was adopted and approved by the Parliament and has already been signed by the President. Hardly ever.


18 of September The State Duma by a majority vote supported the adoption of a law on reforming the Russian Academy of Sciences, 25 of September was approved by senators in the Federation Council, and a couple of days later Vladimir Putin signed the Federal Law. It should be noted that the signing of the law took place, despite the fact that literally one day before the imposition of the presidential resolution in the presidential reception room, a weighty box with collected more than 121 thousand signatures of reform opponents in its current form was brought. 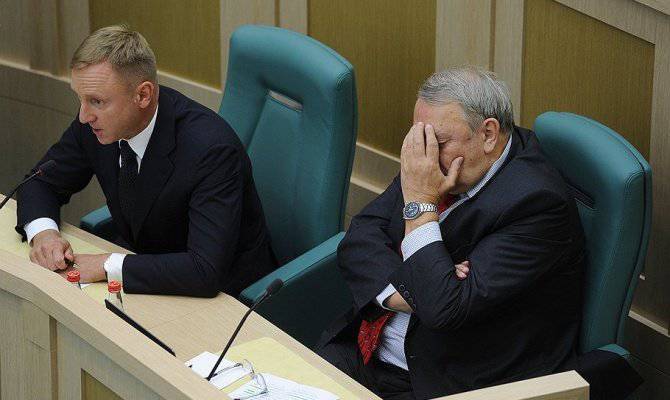 An interesting fact is that those who brought documents signed by “those who disagree” (please do not confuse them with professional “those who disagree) stated that the administration of the president will review the documentation for a month, and only after two or three days recalculate and register. In general, apparently, the administration only had time to spit on the fingers, in order to begin to recount the papers, as the president signed the federal law ... And the law came into effect from the date of its official publication, I mean almost immediately ... Well, well, at least not in hindsight ...

Of course, people who collected signatures for more than two months, had no choice but to declare their hope for reconsideration of the decision, their unwillingness to "capitulate", their focus on upholding their rights ... But, frankly speaking, they themselves are fine understood and understand that the case has already been done, and that the probability of cancellation or revision of the Federal Law for the 253 number from 27 of September 2013 of the year - the RAS Reform Law - is equal to the probability of industrial cultivation of baobabs in the Chukotka tundra ...

Behind all that legislative tinsel that “distributes” rights to scientists and requires them to perform their duties, the main innovation (apart from the merging of several academies) in the work of the RAS will be what is “modestly” discussed only in the final paragraphs of the 33-page document. The article 19 proposes to reinterpret the article 6 of the Federal Law 127 of 26 in August 1996 of the year. Now you need to interpret this as (part of the article):

Certain functions and powers of the founder and owner of the property of state academies of sciences may be transferred by the Government of the Russian Federation to authorized federal executive bodies.

The phrase "can be passed on" looks strange in the federal law. It turns out that may not be transferred. And if they have not yet been transferred, and they can still remain non-transferred, then who exactly in the cabinet of ministers will be responsible for the property? Who to personally ask, as they say, in the case of him? Apparently, specific people have not yet indicated. Will indicate? ..

And - the culmination (Art.22 p.4):
Prior to the creation of a federal executive body specified in part 9 of article 18 of this Federal Law, financial support for the activities of organizations specified in part 9 of article 18 of this Federal Law shall be at the expense of the federal budget in the order in effect until the day of entry into force of this Federal Law .
It turns out that this very federal executive body has not been created ... But if it has not been created, why were they so rushed to adopt and sign a reformist law? Afraid to be late, or what? Well, of course: changes are ripe, the Audit Chamber has identified too many episodes of non-targeted real estate management of the RAS. But is this a reason for "galloping" during the adoption, approval and signing of the law? It was impossible at first, at least theoretically, to single out the composition of this very “federal body”, and only then publish the law.

In the meantime, the following situation turns out: the “driver” with the property of the Russian Academy of Sciences was actually torn off from the helm - they say, it drives disgustingly, but the new “driver” has not been put in its place. And now this colossus in the mode of ongoing discussion rushes not even on autopilot, but simply in the mode of an empty driver's cabin with a full cabin. But you can and generally - into the abyss ...