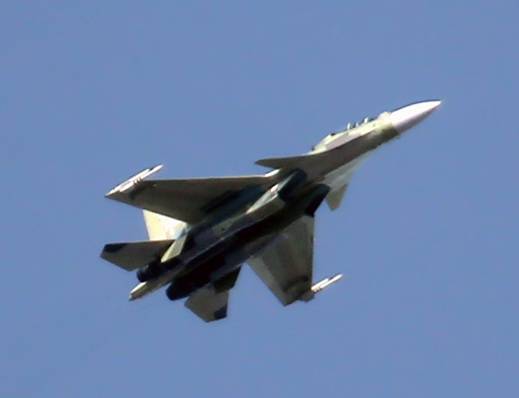 October 4 2013 made the first flight of a two-seater Su-30SM multi-purpose fighter built at the Irkutsk Aviation Plant of the Irkut Corporation for the Russian Air Force. Su-10CM, built under the March contract 5 of the year for the supply of 1009 machines to the Ministry of Defense of Russia, and the seventh, which took off in the 30 year.


In total, under the aforementioned contract, Irkut Corporation handed over five Russian Su-30CM fighter jets to the Russian Air Force - in November 2012 handed over aircraft with black tail numbers 01 and 02, and in 2013, black tail numbers "54", "55" and "56". In August, according to known information, another plane was raised into the air in Irkutsk (onboard number "57"), and in September, apparently, two more.