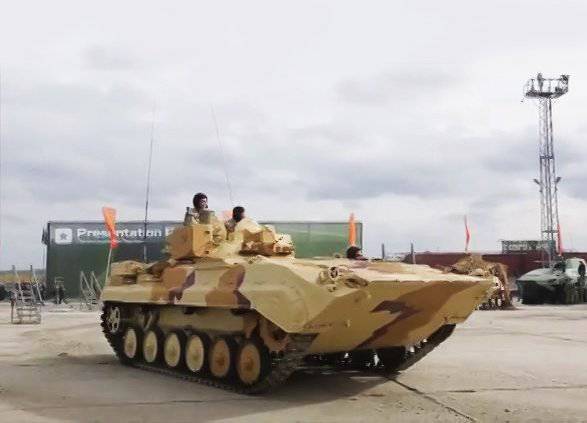 The modern mobile point of intelligence PRP-4A "Argus", equipped with a thermal infrared device and a laser rangefinder, is being mastered by the reconnaissance units of artillery units of the Southern Military District stationed in the Volgograd region.

As the press service of the Southern Military District informs, during maneuvers at night, specialists will have to be identified and identified by degree of importance up to 50 of various, including moving targets, which are in direct line of sight, and also give a target indication for their destruction.

The reconnaissance point possesses an excellent masking system due to multiple-action thermal smoke equipment, which allows the installation of an unseen smoke screen up to 150 m and six 81-mm smoke grenade launchers, which are used to install air curtains at a distance up to 300 m, which reduces the vulnerability of the complex itself.

Intelligence station "Argus" has a mass of more than 13 t, it reaches speeds up to 65 km / h by land and more than 7 km / h by water. With one refueling, it overcomes the distance to 500 km, and is capable of performing tasks at ambient temperature to -40 degrees. From at an altitude of 3 thousand meters above sea level.