Are there hotels for the military? 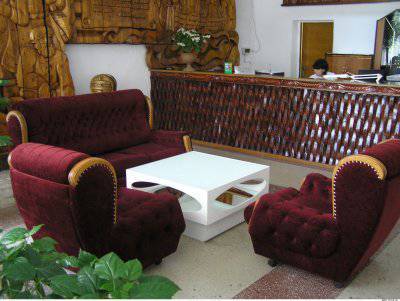 For the so-called apartment-free military personnel in different regions of the country, special hotels are opened, which belong to the Ministry of Defense (or the Ministry of Internal Affairs). Such hotels are more likely to look like typical hostels for military personnel and their families. But there are those who have the appearance of quite high-quality hotels. Should I count on discounts in hotels when living in the military?
This question is answered by the commandant of one of these hotels in the Moscow Military District, N. Pastushkov. According to him, the cost of accommodation in these hotels is significantly lower than in ordinary city hotels. The difference sometimes amounts to 60-70%, and therefore it is not worth counting on any additional discounts. There is a special number of rooms, which is designed for the accommodation of military personnel who have been on a business trip in the city for only a few days. In this case, with a special agreement with a particular military unit (that is, from which the servicemen arrive), a special agreement is drawn up in which certain preferences can be specified. But they mainly concern not the amount of payment for accommodation, since these amounts will eventually be reimbursed to the serviceman in the financial department, but such areas as room reservation, provision of additional services (meals, taxi, laundry, etc.)
Today, hotels for military men do not refuse to accept civilians as well. The reason is the need to replenish your budget. That is why the hotels for military personnel have only the appropriate sign, but in fact more than two thirds of the civilians live in it. Today, this does not contradict any norms, although sometimes the commandants of such hotels find themselves in a delicate situation, when, for example, they need to take a group of military personnel arriving in the city, and all available seats are occupied by civilians. They come out of such situations in different ways.
In order for the servicemen themselves not to find themselves in such a situation, it is necessary to carry out the booking procedure, if, of course, the news of the business trip is not received at night, and it is necessary to leave early in the morning.
The use of hotels for the military today is partially funded from the budget of the Ministry of Defense. The rest is the own activity on the delivery of the number of rooms to interested parties.
Ctrl Enter
Noticed oshЫbku Highlight text and press. Ctrl + Enter
We are
Innovation Day of the Southern Military District: Pictures from the Exhibition
Military Reviewin Yandex News
Military Reviewin Google News