The Ministry of Defense ordered an experimental batch of "Scorpions" 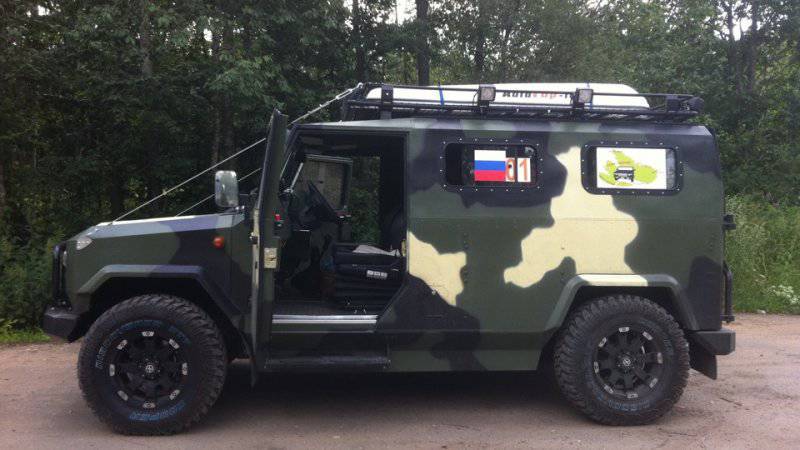 “It is interesting for the Ministry of Defense. As regards supplies, the promise and desire was shown. Deputy Minister (Defense Yuri) Borisov became interested in the machines (“Scorpion-2M”) and at the moment he confirmed his intentions, ”said Mitryayev to RIA“News».

According to the designer, the military department ordered an experimental industrial batch from the enterprise to carry out preliminary exploitation. “Roughly, this is the next year,” said Mitryayev.

He noted that the success of the Scorpion is due to the fact that it is equipped with a shooting module produced by the Degtyarev plant. “A machine without weapons is less interesting, and this exhibition once again confirmed - with weapons, there are much more consumers and interested responses. And our shooting is also going well for now, ”said Mitryayev.

Russian Arms Expo is an international exhibition of armaments, military equipment and ammunition, held from 1999 on a biennial basis in Nizhny Tagil, Sverdlovsk Region, at the Prospector training ground. It alternates with the international exhibition of the Russian Defense Expo, which is held at the Staratel training ground, also once every two years.

Ctrl Enter
Noticed oshЫbku Highlight text and press. Ctrl + Enter
We are
Innovation Day of the Southern Military District: Pictures from the ExhibitionThe action “Military service under the contract is your choice!” In Rostov-on-Don: future contract servicemen, exhibitions and “Russian Knights”
Military Reviewin Yandex News
Military Reviewin Google News
100 comments
Information
Dear reader, to leave comments on the publication, you must to register.