27 September 2013
5
8 August this year In the Military Review, my documentary essay “Staff Training in Industry” was published. Literally a few hours later, friends and relatives began to call me, who wanted to express their opinion on the published essay. Of course, I had to listen to them and discuss the problem that was identified at the end of the essay. And the problem concerned the reverent attitude to the mother. I would like to quote the words of our writer Maxim Gorky, which appear on the monument, set in honor of the Mother and child: "Let us glorify the woman Mother, whose love knows no obstacles ... Everything beautiful in a person is from the rays of the sun and from the mother." After a while, the poet E.P., a well-known and beloved by many in St. Petersburg, asked me to meet. Naryshkina. She read my essay and, like an inspired poet, a poem was born. She gave it to me with an inscription. Several times I re-read this poem and decided that it would be interesting for readers of the Military Survey to read it. 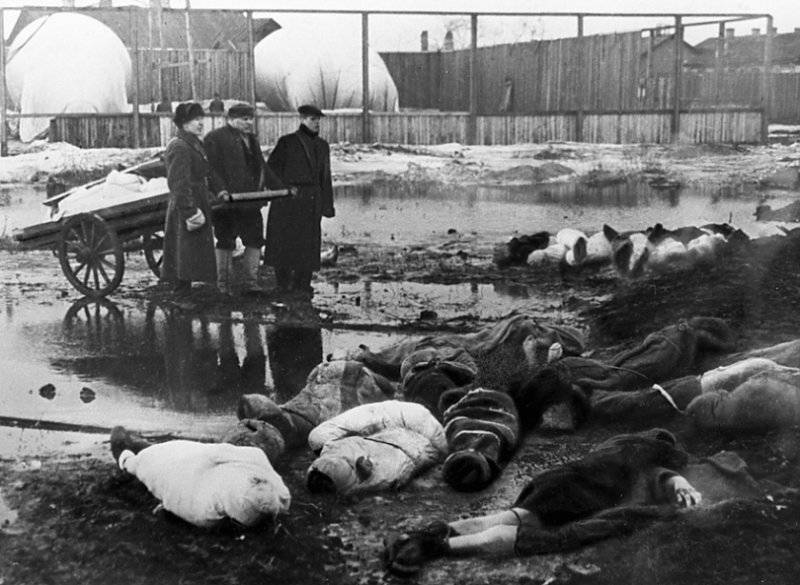 I DON'T WANT THE MEMORY OF THE GRAVE BEEN!

I look in the lake, I wander in the forest
I bear this burden for many years in my soul.
And I do not want the memory overgrown with eternity ...
War!
I'm talking about Leningrad,
About those who visited the Blockade.
Hungry winter Leningrad.
And the little boy is my elder brother.
And the house on the waterfront - Orphanage,
And the nurse is the mother in it.
And mournful, her courageous work
From memory and years will not erase.
And then - Ladoga and the children saved -
That Future is for my country.
Yes, our mothers stood at the bench.
And in the field and in the woods they licked instead of a peasant.
War! And from the military of those adversity
And in Kazakhstan, and in Siberia, in the Urals
Everywhere Women suffered.
Strong, pulled out of the last forces.
And God rewarded many: and the children were saved -
Hope and support for your country!

I bow my head to the courage of all women.
I want this feat to be immortalized.
I do not want the memory overgrown bylem.
We need a monument.
A family that honors both grandmothers and mothers,
In the days of family anniversaries would be hastened to it soon,
With children and grandchildren honor their mournful way.
Shock labor in the war.
I don't think so alone,
I understand.

We need a monument to all mothers.
Give them a debt, and I will give.
And I will never understand
Great feat - and no trace.

I liked the poem. And I somehow wondered how, in Russia and other countries, people honor their mothers. A detailed acquaintance with this topic allows me to say that the monuments to mothers in different localities are raised, and people, bringing flowers to these monuments, express a feeling of gratitude to their mothers who raised them. In St. Petersburg, there are also such monuments: “Motherhood”, “Faith, Hope, Love and Their Matter Sofia”, “Happy Family”, “Children of War”, etc. Interesting monuments were made by mothers in Ukraine, in Belarus. A large number of monuments to mothers are found in Rostov-on-Don. There even appeared a tradition to approach one of the monuments and whisper their cherished desire in the ear of a young mother. And there is a belief that it comes true.

Ctrl Enter
Noticed oshЫbku Highlight text and press. Ctrl + Enter
We are
Staff teaching in industry (documentary sketch)What you didn't want to know about England
5 comments
Information
Dear reader, to leave comments on the publication, you must to register.