How many Russians participate in the battles against the troops of Assad, and what will Russia do with them?

25 September 2013
130
Almost from the very beginning of the Syrian conflict, the Federal Security Service stated that Russian citizens could fight on the side of anti-government forces in Syria. In the early summer of 2013, the director of the FSB, Vladimir Bortnikov, said that there were about two hundred Russians among the militants in Syria. What methods have been able to determine the number of Syrian militants with a Russian passport, naturally, do not apply to the FSB. But it is noteworthy that with each new month, the number of Russian militants in Syria, according to estimates by the FSB of Russia, has constantly increased.


In September, 2013, the first deputy director of the FSB, Sergey Smirnov, noted that the number of persons possessing a Russian passport and fighting on the side of the so-called Syrian rebels in the SAR can reach four hundred. 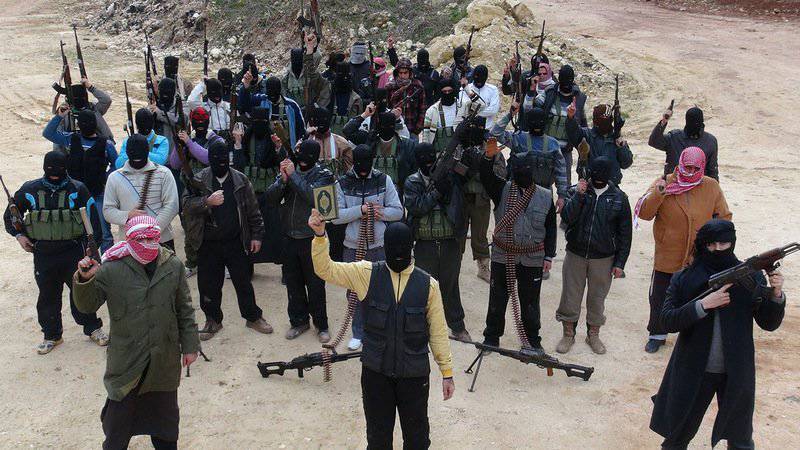 At the time, Ramzan Kadyrov, who was asked by journalists about the possible participation of Chechen residents in the Syrian conflict on the side of the so-called SAS (Syrian Army of Freedom), spoke out in a rather harsh manner, stating the following:

This is an absolute lie. Chechens do not fight in Syria. At least with full responsibility we can talk about the inhabitants of the Chechen Republic (Chechnya). And as for the likes of Gelayev, Basayev and others, they have no homeland, they lost it long ago. In Chechnya, they did not succeed. All that they have achieved in the republic is the curse of the people who still curse them.

Then Kadyrov spoke in a slightly different way:

Once again I want to emphasize that the citizens of Russia of Chechen nationality do not take part in military operations in Syria, on any side. Reported systematically by Western media and, unfortunately, supported by individual Russian publications, rumors are artificially spread in order to create the appearance of citizens of the Russian Federation participating in this conflict.

The last statement is especially interesting. It is interesting mainly because it does not mate with the information provided by the top of the FSB. It turns out that someone regarding the presence of a certain number of Russians in Syria and their participation on the side of the militants still has inadequate information: either the FSB director Bortnikov and his first deputy Smirnov, or the head of the Chechen Republic Kadyrov ...

In this case, of course, I would like to believe Kadyrov, amusing myself with the thought that the rumors about the existence of Russian mercenaries in Syria, as they say, are greatly exaggerated, but ...

If you trust only the top of the FSB about the presence in Syria of people with Russian passports (Chechens or any other Russians) acting on the side of the militants, then now, in principle, it’s not so important, 200 them or 400. It is important how many of these, say, the gentlemen will survive, and, accordingly, how many of them will return to their “native pensions” - on the territory of the Russian Federation, where they obviously will not move on to a calm and peaceful life. Assuming that such “survivors” will indeed begin to return to the territory of Russia, it is worth considering options for what the Russian state will do to them. This question is by no means idle, since if the state closes its eyes to the “returnees,” this will create a negative precedent.

On the one hand, the following can be noted: what can the state (the FSB, for example) do to those who are on the side of SAS, because it couldn’t block their departure, which means that it’s likely that they will miss their return. Indeed, the “returnees”, remaining dark horses today, can return without special obstacles, let's say, with unconventional routes (well, not at all through customs control points) tomorrow, merging with the underground gang, which they probably entered before to Syria. The situation when returning may have another appearance: well, a person returns from Syria, so what? The fact that he participated on the side of disparate gangsters will have to be proved if any of the competent authorities of the Russian Federation wants to do it at all.

Nevertheless, let us assume that the FSB decides to take on the "returnees" in full, and arrange a real hunt for them. What's next? If you do not take into account the situation in which those who returned to Russia who fought on the side of the “Syrian Free Army” can be destroyed while trying to resist at the time of checking the documents, the legal component of the issue can be quite confusing.

The fact is that in our legislation, the attitude of the state to those who fought in third countries on the side of forces that are not supported by the Russian authorities is quite sparingly spelled out. Looking through the Criminal Code of the Russian Federation, you can come across an article with the number 359, in which there is an item 3, which says:

Participation of a mercenary in an armed conflict or hostilities

is punished by imprisonment for the term from three up to seven years with restriction of freedom for up to one year or without it.
Note. A mercenary is a person who is acting for the purpose of receiving material remuneration and who is not a citizen of a state participating in an armed conflict or military actions, who does not reside permanently on its territory, and who is not a person who is assigned to perform official duties.

So, "seven" for participation in the Syrian armed conflict on the side of the so-called SED can only be received by that friend with a Russian passport who was rewarded for his actions financially. But it will be extremely difficult to collect evidence of obtaining material benefits by such a “returnee”. The militants, of course, keep their accounting, but to prove the guilt of an individual militant, the Russian or Syrian special services will have to get hold of this accounting, which is far from easy. There are, however, alternative options. For example, use the methods of the extremists themselves (like the "fake" himataki by Assad troops): to conclude such "accounting reports" as "irrefutable evidence" ... But all this, firstly, is not done quickly, secondly, simply honor and "gestures" for some, I'm sorry, bastards.

In general, wherever you throw, everywhere is a wedge with respect to these potential "returnees." The fact that the "wedge" can be understood also by the example of the Libyan scenario. On the territory of Libya for the so-called insurgent army, according to intelligence, fighters fought with Russian passports. However, not a single criminal case on this matter was instituted, as there was no information on subsequent domestic Russian operations against those who actively fought as a mercenary against Gadhafi’s troops.

It turns out that such mercenaries are simply out of reach for Russian justice. If the FSB is going to change this situation, then you have to work, roll up your sleeves. And if you work, then the simplest option is still “was eliminated during the arrest” ... If someone suddenly woke up humanism towards such “Russians” and voiced the desire “not to aggravate the demographic situation in the country”, It may be recalled that while someone and somewhere, having a Russian passport, runs with a grenade launcher or cuts the throat of civilians, tens of thousands of law-abiding citizens of the country who arrived in Russia under the program of returning Russian families from the CIS republics cannot receive citizenship for years ...

Ctrl Enter
Noticed oshЫbku Highlight text and press. Ctrl + Enter
We are
Results of the week. “In our cooperative, the board is always agreed”Syria: Americans scare themselves, and Asma Asad buys chairs
Military Reviewin Yandex News
Military Reviewin Google News
130 comments
Information
Dear reader, to leave comments on the publication, you must sign in.