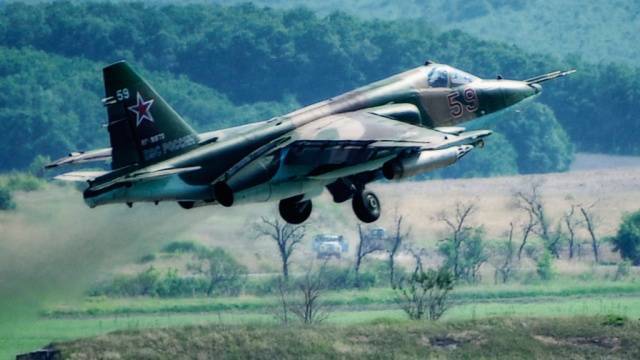 The pilot led the falling car away from the village, after which it ejected: no one was injured on the ground
Moscow, September 23 - AIF-Moscow. Armored attack aircraft direct support for the Su-25 infantry crashed in the Krasnodar Territory, - reports RIA News.

This was reported to the agency in the press service of the Ministry of Defense of the Russian Federation. “In 20: 17 Moscow time, during the training flight of the Su-25 aircraft of the command of the Air Force and Air Defense of the Southern Military District, the dispatch service lost communication with the pilot. According to preliminary data, as a result of an accident, the plane lost control in 49 kilometers northeast of the airfield of Primorsko-Akhta, ”the military department said.

It is known that the pilot managed to eject. Before that, the pilot took the car away from the nearest settlement. The place of the fall of the combat vehicle was discovered, there are no victims and no damage.
Ctrl Enter
Noticed oshЫbku Highlight text and press. Ctrl + Enter
We are
Innovation Day of the Southern Military District: Pictures from the ExhibitionThe accidents of military aircraft in Russia over the past 10 years
Military Reviewin Yandex News
Military Reviewin Google News
34 comments
Information
Dear reader, to leave comments on the publication, you must sign in.