How to keep the memory of the service? 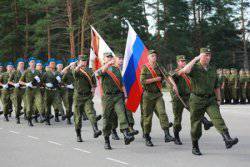 4 September “Red Star” started a conversation about how to preserve the memory of the service, how in the military units work was carried out to send soldiers to the reserve, what is a new-style demobilized album. Our correspondence “round table” turned out to be fascinating and informative. New participants joined the discussion. Therefore, today we continue this topic.

Russian coat of arms in each album 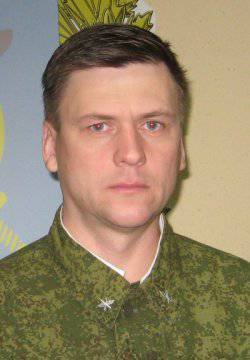 - In the air-space defense of the Air Force and Air Defense, even after carrying out radical organizational and staff measures, anti-aircraft missile and radio-technical regiments were maintained. Therefore, we did not have to redo the previously available museums and rooms of military glory, we still have the inviolable traditions of our famous military units. So that they are known to soldiers and sergeants, we strive to keep in touch with live carriers of military traditions - veterans of our unit. And we invite them to participate in personnel training activities.

The officers of our brigade help the soldiers and sergeants, so that in their demobel albums there would be photos of meetings with such comrades-veterans, reflected история, emblem and part traditions. For example, the compound includes the 511-th Guards anti-aircraft missile Smolensk Red Banner, Orders of Suvorov, three times of the Order of Kutuzov and Bogdan Khmelnitsky Regiment. The honorary title and all combat awards are displayed in the photo albums of soldiers-guardsmen. In 1961, the warriors of the unit were the first to meet cosmonaut No. 1 Yuri Gagarin after landing on the land of Saratov. The soldiers and sergeants of the regiment's "Gagarinsky" battalion put portraits of the first cosmonaut of the planet into their photo albums.

Last year, it was six decades of combat duty by the Samara anti-aircraft missile regiment. We made a collage-transparency for printing and placement in photo albums: "Our military unit of 60 has stood guard over the air lines of the Fatherland for years." Warriors of Armed Forces armies - air border guards. We have border posts with state emblems of Russia not only on the positions of units on combat duty, they are also in the photo albums of our soldiers.

The main thing that was something to remember 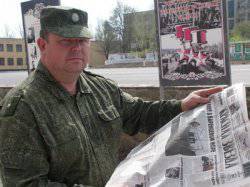 - There was a time when every self-respecting serviceman brought a so-called demobel album home in memory of his service. My father is still a relic, he is neatly kept in the closet, and it is taken out from there only occasionally to recall the years of service and his fellow soldiers. Honestly, it is very touching to watch the stock foreman flipping through the pages with yellowed photos. Today, this tradition is changing noticeably. Many factors affect. For example, the development of Internet technologies. Numerous social networks have absorbed much of what 10 – 15 looked different years ago. So, young men prefer to talk about their military service in “Classmates” and on other sites. Here you can also post photos, communicate with former colleagues, find out news about mutual acquaintances, brother-soldiers and commanders. Personally, with the help of social networks, I found a lot of former subordinates. Now we communicate: my former soldiers and sergeants call with congratulations on holidays, tell about themselves, ask about our division. Although, in truth, such an interest is shown by those who conscientiously fulfilled their soldier’s duty, who during the service was a disciplined and responsible soldier. This can be said about the current generation of defenders of the Fatherland. Photographers who come to the festivities offer our children not only to capture them in photographs, but also to make beautifully designed albums for them. The command of the units is also involved in this process. For example, no one has canceled such a form of encouragement as photographing the best military personnel at the deployed Battle Banner of the unit. In addition, before the formation we hand over specially purchased photo albums to these soldiers and sergeants - this will later become a demobel album. The servicemen put in them not only their own photos and pictures of their colleagues and commanders, but also the narration of the history of their unit and unit, combat and military feats. The specificity of our service is such that the personnel continually participate in various large-scale events.

Of course, we are proud to be in the family of military railway workers. And even after a series of re-formations, we know and remember our history, we keep our traditions. In the brigade headquarters there is a wonderful museum of military and labor glory. We recently changed the point of permanent deployment, so the new RPD does not yet have a room for military glory. I am sure this is a matter of time. Most likely, a single museum will be created in the military campus for several brigade units based in it. And this is correct, because we are not every man on his own. We are like the fingers of one hand, at the right moment clenched into a fist. But even now we have a graphic agitation framed, which tells in detail about the history and traditions of our battalion and brigade, and of the railway troops as a whole.

Unfortunately, we rarely have guest conscripts who have once fulfilled their duty as soldiers in our unit. This is objective: even those who live nearby are very busy - each of them has concerns, family, work. Perhaps it would be a good idea to create a public association of former military personnel of the unit. It would include both military retirees, civilian units, and contract servicemen who had served there in due time. Contractors, by the way, are very actively involved in educational work. This includes individual conversations, joint activities, mentoring, and assistance in carrying out tasks for the intended purpose.

DVD-ROM instead of the album 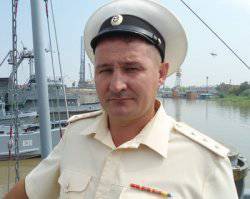 “Even under the conditions of reforming the Armed Forces, a lot has been done in order to preserve the fighting traditions of our brigade of water area security ships. For example, in 2011, for the first time in its history, the Combat Banner of a new type was handed to the compound. And at the beginning of the current academic year, according to the directive of the Minister of Defense of the Russian Federation, the unit was reformed into the Belgrade Guards Brigade of the water protection ships. The personnel took the oath of the guards. Guards ribbon was attached to the Combat Banner of the compound.

The decision to reorganize the brigade with the assignment of the Guards rank and the honorary title Belgrade was made on the grounds that it was the direct heir to the military glory of the 327 Guards Belgrade division of artillery boats that were part of it. And this unit became famous during the Great Patriotic War in the battles of Stalingrad, in the liberation of the capital of Yugoslavia, Belgrade.

Guards title of connection to many obliges us. On the ships, educational work with military personnel on the basis of military traditions was qualitatively improved. The UCP plan was supplemented with a new theme concerning the heroic history of the compound.

To the military ranks of sailors and foremen was added the rank of the Guard, for example, the comrade of the guard sailor or the comrade of the guard foreman of the 2 article. Accordingly, the guards' signs appeared on the military uniform, and the ribbons on the beskozyrka. What contributed a lot to raising the prestige of the ship service, added the entire crew of pride in belonging to the famous connection. This is evidenced by the fact that naval sailors, whose life is coming to an end, began to be more often photographed in full dress before going to shore against the background of their native ship.

Over the 25 years of my calendar service, I happened to see more than one generation or the call of navy men. And that's what I noticed: the traditions that were inherent in the generation of warriors of my age are no longer quite characteristic of the young recruiting of the 2012 – 2013 conscription. The current sailors and foremen, who have been serving urgently just a year, are no longer preparing Dembel albums. This is due to the fact that now almost every soldier has his own digital camera and electronic media on which you can save hundreds of color photographs. And today, the sailors embody the memory of the service on the Caspian Flotilla, in our compound, on a raid minesweeper, in the form of video films on DVDs.

This is the know-how that replaced the photo albums. Therefore, I think that it is worthwhile for the command to render certain assistance to the seamen in the process of creating and replicating such films as the memory of military service in the renowned unit and its combat traditions.