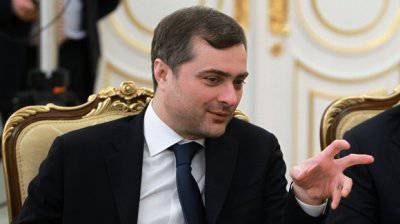 Today is the first day in a very long time, when I calmly was able to surf the Internet, watch TV (where, to my pleasure, I came across Polygon, which told about our ZRPK Pantsir-S1), see the BO comments in the thread about Putin’s “Valdai Speech”, feared for the imprudent step of the Ukrainian political establishment in another jam called “European Integration” and try to predict further developments in the Middle East, around Syria.


“WHEN A PERSON IS AN IDIOT, THIS IS FOR LONGER”

At one of the resources I read an interview with Glazyev on the topic of “development prospects” of Ukraine, if it is associated with the EU, and was struck by the irresponsibility, illiteracy and stupidity of those Ukrainian politicians and dreamers who are trying to prove to everyone (and first of all - themselves) that nothing catastrophic will happen in the economy for the simple reason that by signing an agreement with the EU, it will be possible to ignore those points that become a contradiction of cooperation between Ukraine and the CU. Naive lads say so directly that “we will sign, and there it is not necessary to fulfill all the provisions to the last letter”! This is how funny the political thinking of Svidomo politicians evolved in an environment where Russia looked patiently and condescendingly at their frills, in bilateral relations with Russia, as politically talented partners.

And, as some statements and hasty actions of the Ukrainian political "elite" showed, their so rapid fall into the arms of European brothers more closely resembles the insult of a foolish man, who, offended by his strict grandmother, decided to freeze his ears so that she - such a bad one - would be worse .

Then he came across excerpts from a contract concluded between Ukraine and the American company Chevron on “joint” development of shale gas deposits in Ukraine. I read it and choked it ... So, the provisions of this treaty were forgotten by the forgotten stench of 90, when such agreements joyfully swept Yeltsin and when the American oil conquistadors rushed to our Far East, swallowing oil and destroying taiga forests and laying oil pipelines. Exactly the same agreement "On Production Sharing", pumped oil out of Russian land, practically, Russia itself, without giving in return, except for the disfigured and lifeless ploshin.

The most terrifying thing is that, absolutely in the spirit of the conquerors of the wild west, the current American oil cowboys brazenly, shamelessly and contemptuously towards the Ukrainians themselves, in these treaties secured the right to grab nearby land plots, should the need arise (someone doubts that such the need will immediately arise?), to have their paramilitary units to protect their “sovereign rights”, and the state that has leased these lands to them is deprived of the right to challenge these actions!

It is impossible to explain such actions of the Ukrainian leadership with simple short-sightedness. Too everything lies on the surface to naively believe that this is a banal thoughtlessness. The answer, in principle, in the same interview was voiced by the interlocutor of Glazyev: “They are offered money for it. Big money! ”

Like and not a landmark event happened in our government - the return of Mr.. Surkov in the office of the President. Like the man, this same Mr. Surkov, intelligent and for the first time his government-hardware vigils showed himself quite proactive, rushing into battle for the truth-womb, and skillfully kept on the wave of propaganda innovations. True, a small mistake was made in this field - from the unlimited number of Internet fighters left for Surkov's infofront, it turned out to be a certain number of children who had become so accustomed to the image of fiery bloggers, so imbued with the atmosphere of the Internet spirit that they began to denounce their opponents on such a hairdryer one internet hamster would not have thought of. This innovation had to be urgently canceled and Mr. Surkov switched to an exciting occupation with hardware games. And he was so carried away by this that "on the recommendation" Putin had to leave "of his own accord." Fine. Ordinary hardware get-together. Just something tells us that this demonstrative withdrawal “at will” was hardware reconnaissance in force. If Putin then attempted to keep Surkov near himself, then the opinion of the particular value of this employee would appear and Mr. Surkov, cheering up and inspired by heightened self-esteem, would go chopping his own womb and believing in its special value. Did not work. The result was a span, like plywood. After that, tears and grief went to all the media with the words “I was next to a great man!”, “Putin sent to Russia from above!”, Etc. and in the same vein. Probably someone saw him kneeling in front of the Kremlin fence, like a son praying for forgiveness. We didn’t see it, but it was very crushing and universal that was the grief of detached from the Kremlin corridors.

All anything. It happens to many people. Power is a capricious girl and requires constant and increased attention. Some retire with their heads held high, others find themselves in other areas, and someone, angry as Mr. Gudkov, goes into opposition. But there are those who, for the sake of returning to the domineering Olympus, are ready to go to the feet and plunder in repentance and humiliation. Well, man is weak. And such a quality as generosity is a great quality, as our political events have shown, Vladimir Vladimirovich of this quality is not deprived. And the fact that he allowed the lost to return to the bosom of power is, in part, a manifestation of generosity, and partly by a pragmatic approach. I would only like the President to always remember the well-known saying that - “Once betrayed ...”

Something all really serious note I get today. The day was tense, but it ended with a small victory - one of the objects was handed over and the customer was satisfied. And in order not to end this publication on such a note, I want to share with you a funny fact from the life of the Estonian Armed Forces.

We all know about the brave Baltic warriors - about their combat readiness to withstand the hordes of Russian invaders, about their powerful army and military defense ministers. Some time ago, there was a selection of photographs of Estonian soldiers in the VO, an accompanying article entitled “The Estonian Minister knows how to Pause the Russians Tanks". Particularly noteworthy in this heading is the word “SUSPEND” - it is very precisely noted how powerful the Estonian army is. And now a video appeared on YouTube, where the curtain opens over the deeply secret developments of Estonian military engineers in confronting the Russian Army. The video is wonderful and instructive. Now, Russian Russian soldier! How Estonians are preparing to stop the Russian army ... (documentary comedy)

The secret exercises of the Estonian Defense Forces on tactics and obstruction of the tank-motorized breakthrough of the Russian army were held at the test site in Tapa. Samples of the alleged enemy BTR-80, BMP-1 (donated by finals for the museum of technology), tracked Russian all-terrain vehicle, tank T-55 (rented from Latvia) were involved in the exercises. Also, Finnish armored personnel carrier (in my X-200) was used as the superiority of the NATO technology and for comparison.

In short, as the brave Estonian soldier says: "This is a training session on creating obstacles for the Russian military equipment. With the help of a bulldozer and mother like that, we dug ditches and escarpments of various configurations in order to test the most effective way to fight Russian barbarians on rusty tanks "Then he justifies himself all the way that he could not stop. Then, on the orders of the commander-in-chief, the crew deliberately places the T-55 into the pit, in order to justify at least some training costs and demonstrate at least some success. Ultimately, the Estonians are building a wall of logs, against which the tank rests and ... cannot overcome! At the end, the presenter of the program declares pathetically, “As we can see, we have nothing to fear of Russian tanks! As long as we have brave soldiers, and as long as we have Estonian trees that will stop any Russian tank!”

P.S. The film does not show that tanks and infantry fighting vehicles can not only stupidly drive and drill to obstacles, but also shoot. By obstacles. Obstacles from the Estonian wood, the same as the head of the organizer of such exercises. Also bypassed is the fact that in any tank regiment. the brigade has special equipment with dumps and pontoons for overcoming natural obstacles and digging up caponiers. Also behind the scenes was the fact that tanks do not drive alone.

Conclusion - do not drive around Estonia in a lonely tank and everything will be fine. Come on three!)

I wish you all the best. Sincerely, ESAUL.
Ctrl Enter
Noticed oshЫbku Highlight text and press. Ctrl + Enter
We are
What you didn't want to know about EnglandIt's hard to fight on two fronts
Military Reviewin Yandex News
Military Reviewin Google News
36 comments
Information
Dear reader, to leave comments on the publication, you must to register.