Political analyst Veronika Krasheninnikova: “Claims for exclusivity are the basis for fascism” 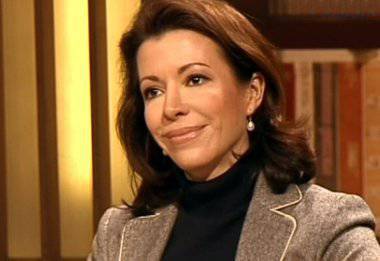 President Vladimir Putin, in an article in the New York Times, pointed out the danger of attempts by President Barack Obama to justify US policy "the exclusivity of the American nation." Does not the awareness of his “exclusivity” allow Obama to unreasonably call Bashar al-Assad a “dictator-killer”, as he did in an interview with Telemundo?

A member of the Public Chamber of the Russian Federation, director general of the Institute for Foreign Policy Studies and Initiatives Veronika KRASHENINNIKOVA comments.
- This is not the first time that President Obama called Bashar Assad with similar words. And from senators, for example, from John McCain, we regularly hear insulting words addressed to famous politicians of the world.

The American establishment within the limits of the values ​​thus designates people disagreeable and recalcitrant. It has become commonplace since the post-war times that the United States called dictators, terrorists, and other sharply negative terms of those people who opposed Washington’s dictatorship.

At the same time, the real dictators and terrorists went to the US partners, but they called them “freedom fighters”.

So it was in 80 during the war in Afghanistan, when both Reagan and the American media considered the Mujahideen to be “fighters for freedom”, and now the US is fighting with them, but now they are already called “terrorists”.

As for the American exclusivity, which Barack Obama said recently in an address to the nation on September 10, it has very long roots.

When the first settlers arrived in America, among them were many very strong Protestants, and from them the United States received a powerful religious charge from the very beginning stories. Today 92% of Americans call themselves believers in God, this is a very high figure for a Western state, comparable only with Muslim countries.

This originally religious American exclusivity later turned into political concepts. When the founding fathers of the United States wrote the US Constitution and the Declaration of Independence, they did it, believing that a system like the American would be distributed to the whole world. They believed that they were creating a model of government that other nations would adopt too.

Today, the idea of ​​American exclusivity of US policy is exploited for practical purposes, carrying out its desire for global domination.

In general, claims for exclusivity were often among the leaders of aggressive regimes, who later tried to conquer most of the world on the basis of these claims. And such claims are a necessary element of the fascist ideology, when the rights of the power elite, which allegedly are allowed more than ordinary people, are justified.

Claims for exclusivity - the basis for fascism.

Ctrl Enter
Noticed a mistake Highlight text and press. Ctrl + Enter
We are
About Putin's diagnosis and exclusivity of the United States
46 comments
Information
Dear reader, to leave comments on the publication, you must to register.