Accommodation for the military in the suburbs 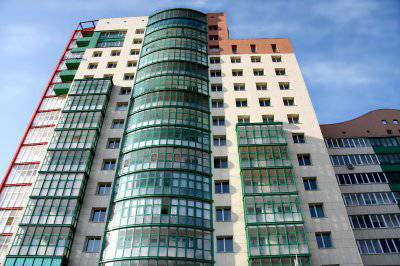 The Moscow region is today the leading region in terms of housing being built for servicemen. Today, entire neighborhoods are surrendered to servicemen in those places where there were wastelands and complete neglect before. Based on the certificate can be purchased apartments in Lyubertsy, Podolsk and other cities near Moscow. Apartments here can be purchased through other programs, for example, under the army mortgage program and government subsidies when buying an economy class home.


Homes for military personnel in the Moscow Region are growing at a solid pace. But there are those people who express dissatisfaction with the housing received, and their concern is not so much the quality of the apartments received, as the fact that there is no infrastructure to the houses where the apartments are located.

Often neighborhoods grow where the road is at least a couple of kilometers away, or even further. There are also such cases when you have to get to the nearest grocery store for at least half an hour on foot along a wasteland littered with construction waste.
Of course, many families of servicemen are happy about this kind of housing, because their whole life they had to either huddle in tiny rooms of dormitories, or constantly change rented apartments.

The problem of poor-quality infrastructure or complete lack of such concern and federal authorities. Developers of housing projects for military personnel indicated that they, along with high-rise boxes of houses, should build polyclinics in these neighborhoods, kindergartens, school buildings, sports complexes, shops, let down roads, equip playgrounds and parking lots for cars.

If such an order from federal officials is heard by all contractors without exception, then the new housing for military personnel will become not just desirable, but desirable in the square. There are special projects in which residential buildings of the microdistrict are combined into a single monolithic structure, which allows to reduce the area of ​​land plots allocated for construction and, accordingly, reduce the cost of housing. Such an option is justified from an economic point of view and allows for centralized communication.
Ctrl Enter
Noticed oshЫbku Highlight text and press. Ctrl + Enter
We are
Accommodation for military personnel in PodolskZRK C-200 rust in the woods near Moscow
Military Reviewin Yandex News
Military Reviewin Google News
1 comment
Information
Dear reader, to leave comments on the publication, you must to register.