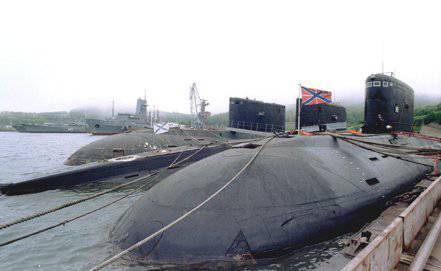 Five new non-nuclear submarines / NPL / projects 636.3 and 677 are planned to be included in the Russian Navy in 2015-17. In this case, three boats will go to the Black Sea fleetand two in the Northern Fleet. This was reported to the correspondent of ARMS-TASS by a representative of the military-industrial complex.

The submarines of the project of the Central Design Bureau of Marine Engineering / TsKB MT / Rubin 636.3 B-261 Novorossiysk, Rostov-on-Don and Stary Oskol are built at the Admiralty Shipyards in St. Petersburg. At Novorossiysk, the hull of the boat is now almost formed. However, due to the fulfillment of the Vietnamese order for the construction of six export boats of the 636 project, construction is delayed, and the boat’s launch will take place no earlier than the spring of 2014. On the "Rostov-on-Don" and "Stary Oskol" is now being assembled hull units. All of these three submarines, after being put into service in 2015, will become part of the Black Sea Fleet.

Two naval submarines of the TsKB MT Rubin 677 B-586 project, the Kronstadt and Sevastopol, are also being built at the Admiralty Shipyards. The contract for the construction of Kronstadt was unfrozen on July 9 2013 of the year after the necessary design improvements and research. The planned deadline for the submission of the boat, which will actually be a modernized version of the head boat of the 677 project “Saint Petersburg” / code “Lada” /, is 2017 year.
The submarine "Sevastopol" was chosen as the head for the new air-independent installation / VNEU /, the design of which is currently being developed. Since July 2013, the design of the boat began work related to the modernization and modification of the project for the installation of VNEU.

Planned date of delivery of the boat - 2017 year. But it can be postponed due to delays associated with the development of VNEU.

Both submarines of the 677 project will be put into service with the Northern Fleet upon completion of construction.

Ctrl Enter
Noticed oshЫbku Highlight text and press. Ctrl + Enter
We are
The action “Military service under the contract is your choice!” In Rostov-on-Don: future contract servicemen, exhibitions and “Russian Knights”Five new diesel-electric submarines will receive the Navy in 2015 – 2017
23 comments
Information
Dear reader, to leave comments on the publication, you must to register.