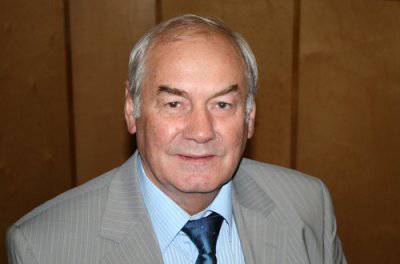 According to media reports, the Presidential Council on Interethnic Relations prepared the concept of a national idea. What should be the national idea in Russia? Leonid Ivashov, President of the Academy of Geopolitical Problems, answers this question.


The matrix of our civilization is conscience, holiness, justice.

Each civilization has its own cultural and civilization code. As Nikolai Danilevsky said in 1869, this is the highest moral meaning of life. Conscience is such a code for Russia, it sets the beginning for the whole system of morality, all behavior, and to every person and society as a whole. The matrix of our civilization is conscience, holiness, justice.

In the West today, the cultural and civilization code is the benefit, and the benefit primarily of the materialist plan. We are happy when we do good, help, protect someone. Our material side of life is secondary. Western geopolitics, based on the differences of our entities, formed the main law of geopolitics, the law of fundamental dualism: the eternal opposition of civilizations of land, which are characterized by collectivism, and the West with its individualism. West formed its model of being at the expense of production. This is a maritime civilization, and in the sea they did not go to harvest, but for prey.

We are happy when justice is done all over the world.

Today, to formulate a national idea in a bureaucratic way will not work. The Academy of Geopolitical Problems and the Moscow State Linguistic University won the corresponding tender, the competition, formed the geopolitical doctrine of Russia. We laid in it the messianic essence of our character, where the beginnings of a new world — a more humanistic, more just one — are laid.

When I tell students about our and Western geopolitical essence, I cite two films as an example. The first is “Taras Bulba”, where it is said that there is no bondage holier than camaraderie. For the sake of justice and holiness, Bulba shoots his son. And the second film is O'Henry's novels. Remember, there are two friends grabanuli bank and ride horses? One horse had a broken leg. And then the phrase is pronounced: “Bolivar will not sustain two.”

We are happy when justice is done in the whole world, when people honor holy things. Holiness is the main thing. In this is the happiness of every person, and through this happiness the whole country is also happy. We are ready to connect and work on a national idea, based on the draft geopolitical doctrine. Our work of the Academy of Geopolitical Problems and the Moscow State Linguistic University, made at the level of world scientific achievements, would be useful in it. I headed the relevant team, there were enthusiastic responses, but it all lay under the cloth.

Ctrl Enter
Noticed oshЫbku Highlight text and press. Ctrl + Enter
We are
On the other side of the “red” and “white”. Izborsk Club ReportLeonid Ivashov intends to continue to fight
Military Reviewin Yandex News
Military Reviewin Google News
57 comments
Information
Dear reader, to leave comments on the publication, you must to register.