Why does Russia send ships to the Mediterranean?

13 September 2013
245
The attention of the whole world is focused on the situation around Syria. Analysts are trying to predict the exact date of the military invasion of foreign countries and make other predictions. For example, the possibility of participation in the conflict of a country and even the likelihood that the intervention in Syria will result in an armed conflict between third countries is being considered. The forecasts for a major war often feature Russian ships on duty in the Mediterranean. According to some experts and some of the public concerned, it is the Russian Navy that will become the force that will not allow NATO countries to strike at Syria or even help it defend itself. 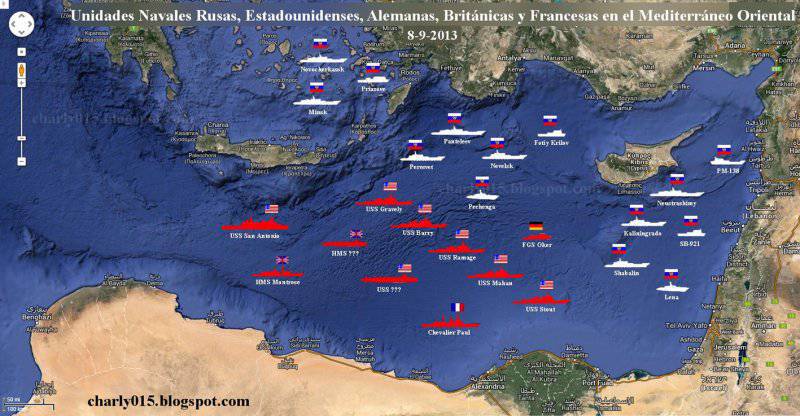 Judging by the available information, Russia is not going to openly participate in a possible war. However, in the Mediterranean at the present time there are about a dozen Russian warships and an unnamed number of submarines. They perform various combat training tasks, but at the same time they do not take any aggressive actions. Russian cruisers, large landing ships, etc., to put it in modern terminology, carry out their presence in the region and follow the current situation, but no more.

It must be remembered that in the event of a conflict, Russian sailors will most likely have to perform new tasks directly related to the situation in the region. It is unlikely that it will strike at any targets or defend ground and surface objects. The composition of the Russian group in the Mediterranean Sea speaks in favor of such an assumption. Almost half of the ships there are destined for the transportation and landing of troops. Large landing ships (BDK) of the Black Sea, Baltic and even Pacific fleets are simply not intended for active combat operations at sea. However, they can be used as a transport for the necessary goods, including military ones.

In recent days, the question of finding Russian landing ships near Syria has been further developed. A few days ago, the Nikolai Filchenkov BDK came out of Novorossiysk. The ship headed to the eastern part of the Mediterranean, which caused a specific reaction of some foreign media. Large landing ships of the 1171 project, to which Nikolay Filchenkov belongs, are capable of transporting over one thousand tons of various cargoes. Probably, it was precisely the cargo accepted by the ship in Novorossiysk, the composition of which was not announced, that caused ambiguous publications in the foreign press. 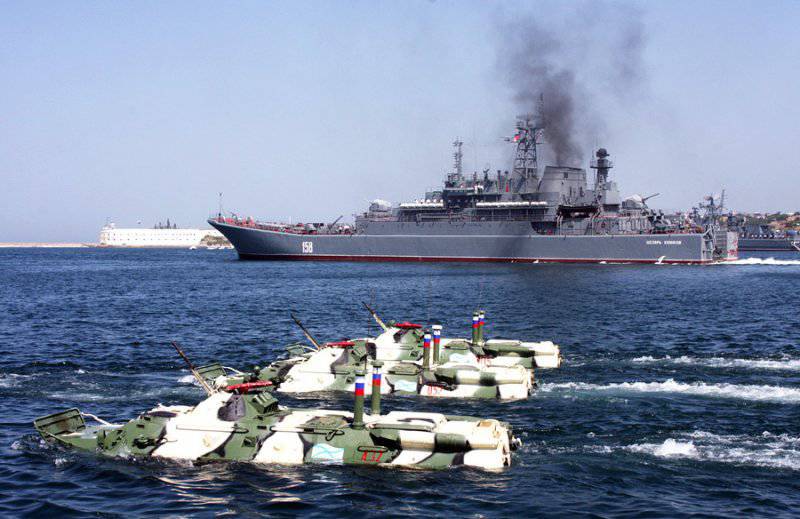 The use of large amphibious ships as a transport of certain goods required by the Syrian army, at the moment has no official confirmation. A number of facts may serve as an indirect confirmation of this assumption, but the Russian leadership has not yet disclosed the true reasons for the transfer of a large number of BDK to the area of ​​possible conflict.

In this regard, it is worth considering the second version of the presence of landing ships. In Syria, despite the long civil war, there is still a large number of Russians who came there on a business trip or permanently. In the event of a full-scale conflict, the BDK will be able to take them on board and deliver them to Russia. Amphibious ships in the region, depending on the specific type, are capable of carrying everyone from 200 to 300. Thus, in one flight, seven BDKs can return approximately 1500-2000 Russians to their homeland.

And yet, in addition to the amphibious ships in the Mediterranean, there are ships of other types. Particular attention is the hike of the missile cruiser "Moscow". He recently visited the ports of Cuba and Nicaragua. Now, having completed all the planned combat training tasks in the Atlantic and Pacific oceans, he is heading for the eastern part of the Mediterranean Sea. As already mentioned, Russian ships are unlikely to fight with anyone if intervention in Syria begins, but finding a ship in the region with powerful air defense systems and a developed radar complex will allow Russia to monitor all events and, if necessary, assist friendly Syria . 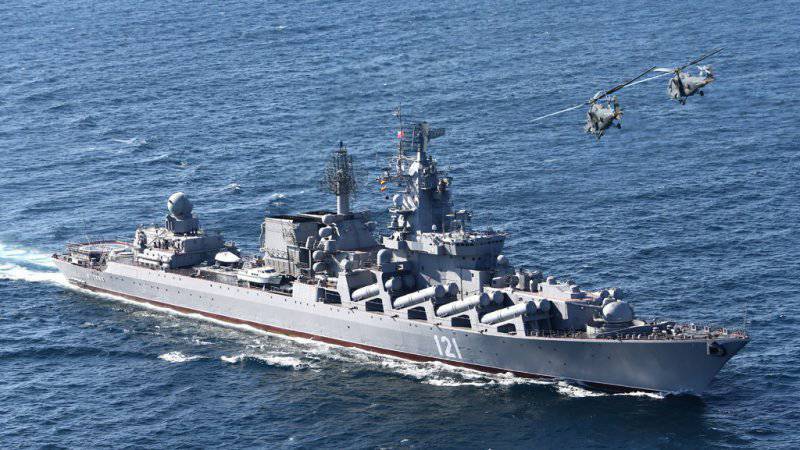 The Russian ships in the eastern part of the Mediterranean, using their radar systems, are able to create a continuous surveillance zone covering both the territory of Syria and the nearby waters. This will allow the Russian military to observe the movements of NATO ships, track missile launches and strike aircraft sorties. At the same time, Russian sailors can be not only silent observers, but also informants. The information received can be transmitted to the relevant authorities of the Russian Ministry of Defense, and in addition, to the Syrian headquarters. This may be the help promised by the Russian leadership.

Thus, a fairly plausible picture is formed of how, in the event of an intervention, Russian ships arriving in the Mediterranean Sea will work. Naturally, in real conditions assumptions can either be confirmed or be refuted. However, in the current situation it is impossible to make more accurate predictions. With confidence we can only say that the Russian ships will not engage in battle with foreign ones and Russia will not be drawn into the war.

Ctrl Enter
Noticed oshЫbku Highlight text and press. Ctrl + Enter
We are
Situational analysis of the death of the MH17 flight (Malaysian Boeing 777), made on the basis of engineering analysis from 15.08.2014Turkey vs Syria: the balance of power
Military Reviewin Yandex News
Military Reviewin Google News
245 comments
Information
Dear reader, to leave comments on the publication, you must to register.