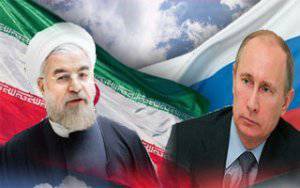 The Bishkek summit of the Shanghai Cooperation Organization will be the first way out for the “big political world” for the new president of the Islamic Republic of Iran, Hassan Rouhani. The bilateral negotiations that will be held in his summit with the Russian president and the chairman of the PRC, of ​​course, will not end with the adoption of breakthrough and fateful decisions. But, perhaps, they will allow the Iranian president to understand the prospects of the Islamic Republic in this organization and to make the necessary adjustments in Tehran’s foreign policy line.

The predecessor of Rouhani, Mahmoud Ahmadinejad, failed to achieve a change in the status of Iran in the SCO from an indefinite “observer” to a “full member.” The official reason - “Iran is a country under the sanctions of the UN Security Council”, of course, does not reflect the diversity of this problem. In general, it is clear to all the SCO participants that Iran is under sanctions not because of the “nuclear dossier”, but because of the pronounced anti-Western policy, because it is a serious obstacle for the projects of the US and its allies as in the Middle East and in Central Asia, bearing in mind not only the problems of Afghanistan, but also the expansion of the military-political presence. And it is Iran’s confrontation with the West that causes the prospects for Iran’s permanent membership to be rather vague.

Harsh criticism of the SCO, which comes from a number of experts, is due to the fact that the Shanghai organization does not want to become a kind of “anti-NATO”, military-political bloc, opposing the expansion of “non-regional” powers to Central Asia. Yes, since its inception, the SCO members have adopted declarations that in one way or another could be regarded as "anti-Western." For example, the Summit Declaration in Astana (2005 year) stated: “A number of SCO countries provided their ground infrastructure for the temporary accommodation of military contingents of coalition member states, as well as their territory and airspace for military transit in the interests of the antiterrorist coalition. Considering the completion of the active military phase of the antiterrorist operation in Afghanistan, the SCO member states consider it necessary that the relevant members of the antiterrorist coalition decide on the final terms of temporary use of the mentioned infrastructure facilities and the presence of military contingents on the territory of the SCO member countries.

This idea was continued in the Bishkek Declaration of the 2007 of the year: “stability and security in Central Asia can be ensured primarily by the states of this region, based on the regional international associations established in it”, “attempts by third countries to take any unilateral actions in the region SCO’s responsibilities are counterproductive. ” However, there is always a great distance between declarations and reality, and politics is the art of the possible. The question of an air base in Kyrgyzstan is far from being closed, and the declared intentions of the Kyrgyz authorities in this direction are more likely a tribute to the political situation, the desire to receive financial preferences from Russia than political will. The “logistics center” of NATO in Kazakh Aktau is becoming a reality. The number of American advisers in Tajikistan will increase. Russia after stories There are no weighty arguments against this creeping expansion with the Ulyanovsk “logistics center”. Thus, the desire of Rouhani’s predecessor to provide Iran with the status of a “permanent member” and to use the SCO platform for some anti-American initiatives was rather naive.

Today, for the permanent members of the SCO, to accept the Islamic Republic in their “club” means to declare their readiness for confrontation with the West. Which of these permanent members is ready for such a turn? Is Kazakhstan, whose “multi-vector” raging, increasingly turns out to be oriented towards the West in exchange for the status of “moderator” of Western interests in the region? In addition, the participation of Kazakhstan, Kyrgyzstan and Turkey in the Parliamentary Assembly of Turkic-speaking countries in the SCO creates a kind of “Turkic lobby”, whose activity is implicit, but an obstacle to Iran’s desire to increase its role in the SCO, especially given Turkey’s unconditional Atlantic loyalty to Turkey . Russia, which cannot clearly articulate its strategic interests in the Middle East or Central Asia, and whose foreign policy continues to be a set of force majeure reactions to external stimuli? China, which has more than enough worries of a larger order?

By and large, the SCO today is not a regional structure, it is a negotiation platform with a set of interests of the participating countries. China seeks to expand markets, ensure the security of already made and planned investments, create a barrier for the penetration of "Islamic radicals" in the Xinjiang Uygur Autonomous Region. The authorities of Kyrgyzstan and Tajikistan are concerned about the preservation of their own regimes. Russia seeks to preserve political influence in the region, while trying to avoid major investments and not “squeeze the foot” to Western competing partners. The policy of Uzbekistan and Kazakhstan in the region could not be more accurately consistent with the definition of “fighting bulldogs under the carpet”, and the prize in this fight is regional leadership. This situation leads to the fact that Iran’s political initiatives are doomed to, to put it mildly, incomprehension.

The situation of the real state of the SCO described above is neither bad nor good, this is what it really is, it is a reality in which the new Iranian president is to work. The success of his actions will depend on how ready he is to abandon global approaches and to offer all participants in the Shanghai organization a topical agenda. Hopes for a “strategic dialogue” that Rouhani can hold with Putin are unrealizable, and the question of relations with China rests on the prices of Iranian energy resources, on the question of which the PRC plays “for a fall”. But there are topics that, of course, not only will be listened to with attention, but can also serve as the beginning of partnerships, joint projects, which, because of their geopolitical significance, may well become the basis for a regional union, bring a fresh stream into the SCO’s activities. This organization has a number of common goals.

The first issue on this agenda would be Afghanistan. Today, Chinese investment in this country is three billion, and Indian - two billion dollars. The bilateral negotiations between Beijing and New Delhi in early May showed the two countries' extreme concern about the security of these investments and the search for ways to ensure this security, not only the safety of enterprises, but also the physical security of Indian and Chinese personnel. In addition, both China and India are extremely concerned that Afghanistan is the operating base of the "Islamist radicals" that are operating in the Xinjiang Uygur Autonomous Region of China and in Indian Kashmir.

Russia is also concerned about the situation in Afghanistan, albeit in a somewhat different area. One of the outcomes of Operation Enduring Freedom was an increase of more than forty times the growth in heroin production. Under the strict control of the ISAF, for the last year alone, the growth of opium poppy areas amounted to 18%, from 131 to 154-x thousand hectares. The tactics of the “opium war” inherited by the States from the British Empire is the most serious threat to both Russia and the rest of the SCO.

On these two issues, ensuring security of investments in Afghanistan and the confrontation of the Afghan drug expansion, Iran has something to offer its colleagues in the SCO. On the one hand, this is a huge political influence that Tehran has on Afghan society (there is no need to talk about the state there, to put it mildly). On the other hand, the successful experience of three decades of countering the flow of drugs from Afghanistan. Russian security officials have already evaluated the prospects for cooperation with Iran in this matter, having signed an agreement on cooperation between the ministries of internal affairs. It remains to extend the treaty obligations to the rest of the SCO participants.

As for the opposition to the “Islamist radicals”, whose network is beginning to cover other countries in the region, the negotiations of the Iranian representatives with the Director of the Executive Committee of the Regional Antiterrorist Structure of the Shanghai Cooperation Organization (RATS Executive Committee) look very promising here in the Iranian embassy. SCO) Zhang Xinfeng. The second topic could well be Iran’s support for the ideas of the SCO Development Bank and its participation in the Shanghai Interbank Association, the participation of a mediated, non-direct violation of UN sanctions. This may well be the beginning of the work of the Islamic Republic in specific regional economic projects, from building the China-Kyrgyzstan-Uzbekistan railway to cooperation in the Russian-Chinese project of creating a personal mobile satellite communications system, especially since Iran has something to offer in this industry.

Another thing is that such a “tactic of small deeds” requires from Iranian diplomacy prudence, consistency, rejection of loud statements and hard work, the results of which will become visible only after a few years. Is “Sheikh diplomacy” Hassan Rouhani ready to implement such tactics? We will find out the answer to this question already this week.