In Kosovo, with the connivance of KFOR, Christian shrines are destroyed 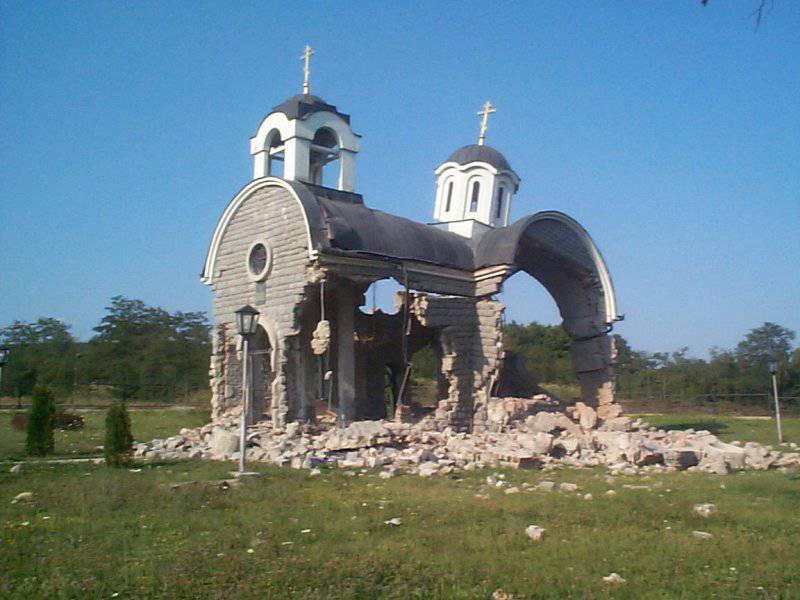 The vandalism of Albanian Kosovars in the destruction of Orthodox churches and monasteries, the genocide of Serbs in Kosovo and Metohija knows no bounds. In this regard, Orthodox people around the world are concerned with the question of what else can be preserved and what guarantees can be preserved by the surviving shrines of the Serbian Orthodox Church, how to protect the Serbian population in Kosovo and Metohija, Orthodox values, Christian population in other regions of the world.


One of the most widespread religions in the world is Orthodoxy, which is practiced in the 62 countries of the world and has more than 33 thousands of parishes. Orthodoxy is one of the most common religions in Serbia. According to the 2002 census, 6,4 million Orthodox, or 85% of the population, lived in Serbia. Until recently, no less than in Serbia, Orthodox lived in the Kosovo region of Serbia.

On the territory of Kosovo and Metohija are ancient Orthodox shrines, both of the Middle Ages and of the new time, which are included in the UNESCO World Heritage List. In particular, here are the revered Orthodox monasteries of High Decani, Gracanica, Pech Patriarchate, the Church of the Mother of God of Levišsk and others. Many Orthodox monuments in Kosovo testify to the great role of the region in the formation of Serbian identity and national unity: on its territory in 1389 there was a battle on the Kosovo field, which became a symbol of Serbian patriotism and the struggle for independence, and the Pec Patriarchate during the period of Serbia under Ottoman Empire served as the main center of Serbian culture and the national movement for independence. 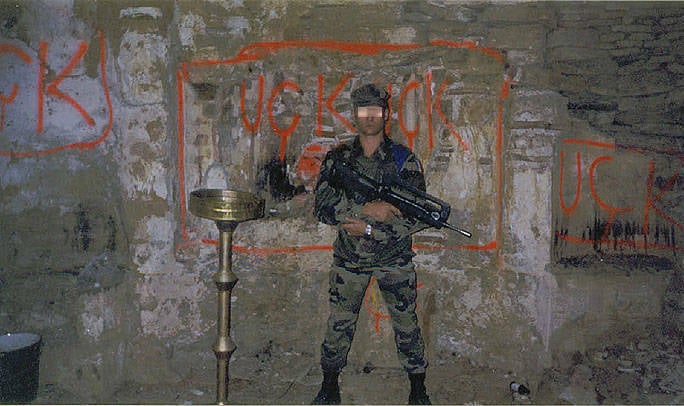 Currently, Kosovo and Metohija, this blessed region for the entire Christian world, is experiencing tragic times and is plunged into the darkness of violence and lawlessness. Since the introduction of the KFOR NATO forces into Kosovo in 1999 and then the self-proclamation of Kosovo as an independent state in 2008, a policy of genocide against the Orthodox Serb population has been carried out in the province: more than a thousand Serbs have been expelled from their homes. For example, in the capital of Kosovo, the city of Pristina, in which up to 250 thousands of Serbs lived until the year 1999, only 20 Serbian families remained in 2004, and now there are no more. All driven out of their homes.

In general, tens of thousands of Serbs and other non-Albanian nationalities left their homes in the province. More than 200 thousands of Serbs from Kosovo are currently continuing, as refugees, in the territory of Serbia and Montenegro, and the prospects for their return home are highly uncertain. Many Serbs in Kosovo were killed by Albanian extremists. As a result, at present, the population of the Republic of Kosovo is predominantly Albanian - more than 90%. Serbs no more than 6% left (about 100 thousand people).

Orthodox clerics have been murdered with particular cruelty in Kosovo. For example, 8 August 2000 was found the body of his father Khariton (he was a monk in the Holy Archangel Monastery near Prizren). Khariton's father was abducted by armed men in uniform and with insignia of UCK gangs (KLA) 16 on June 2000, when German forces from KFOR entered the suburbs of Prizren. According to the court report, Khariton’s father had his left arm broken and several ribs, his head and cervical vertebrae were missing. Everything speaks about the martyrdom of this Orthodox priest. And this is not the only case when the Orthodox clergy are exterminated and subjected to terror by Albanian extremists and nationalists.

According to Bishop Rashsko-Prizrensky Theodosius, at present, the level of Orthodox security has fallen to the lowest level since the March 2004 pogroms of the year.

Another tragedy of the Kosovo region is the massive destruction of cultural and historical monuments, destruction of Orthodox monasteries and temples with impunity. It is known that after the KFOR forces entered the region and the Kosovar Albanians came to power, more than 200 Orthodox churches have already been destroyed, most of which are monuments of architecture and art of the X-XIII centuries, which even survived the 500-year Turkish yoke. In 1999, extremists set fire to the church of the Holy Trinity, built in the 17th century. During the pogroms on March 19-2004, 35 alone, 10 churches and monasteries were destroyed. According to approximate data, more than XNUMX thousand icons, works of church art and items of liturgical utensils were destroyed and stolen, many of which migrated to the illegal antiques markets.

What is the purpose of this vandalism? "The mass desecration of shrines is an instrument of intimidation of the Orthodox population of Kosovo and Metohija, which they are trying to force to renounce its historical memory," believe the Department of External Church Relations of the Moscow Patriarchate.

In March, in the Orthodox part of Kosovo’s Mitrovica, inhabited by Albanian-Kosovars, 90% of Serbian graves were ravaged by the Orthodox cemetery. Archpriest Milia Arsovic said that not only the gravestone monuments were destroyed, but the plaques from many graves disappeared. "Any place where there is a cross is a sacred place, and they (the Albanian Kosovars) are trying to erase the trail of every cross," said the priest. The destruction of the Serbs, their spirituality destroys the Orthodox people, the Orthodox faith itself.

The genocide of the Serbian population, the destruction and desecration of Orthodox monasteries, churches and cemeteries takes place in the presence, and often, with the direct connivance, of the inaction of the KFOR NATO forces from 30 countries (23 of them are NATO members) in the number of 5600 military personnel and designed to ensure peace, law and order and stability in the region.

Everything that happens in Kosovo and Metohija cannot but disturb the Orthodox people of the whole world. At the same time, the issue of the future of the Orthodox population of the Kosovo region, as well as the guarantees of the safety of the surviving shrines of the Serbian Orthodox Church, may be of particular concern. To preserve the surviving Orthodox shrines, to protect the Serbian population in Kosovo and Metohija - this is the main task requiring, in the opinion of His Holiness Patriarch Kirill of Moscow and All Russia, "the formation of the common position of all the Local Orthodox Churches." This will help protect Orthodox values, the Christian population in other parts of the world: in the Middle East, in Transnistria and others.